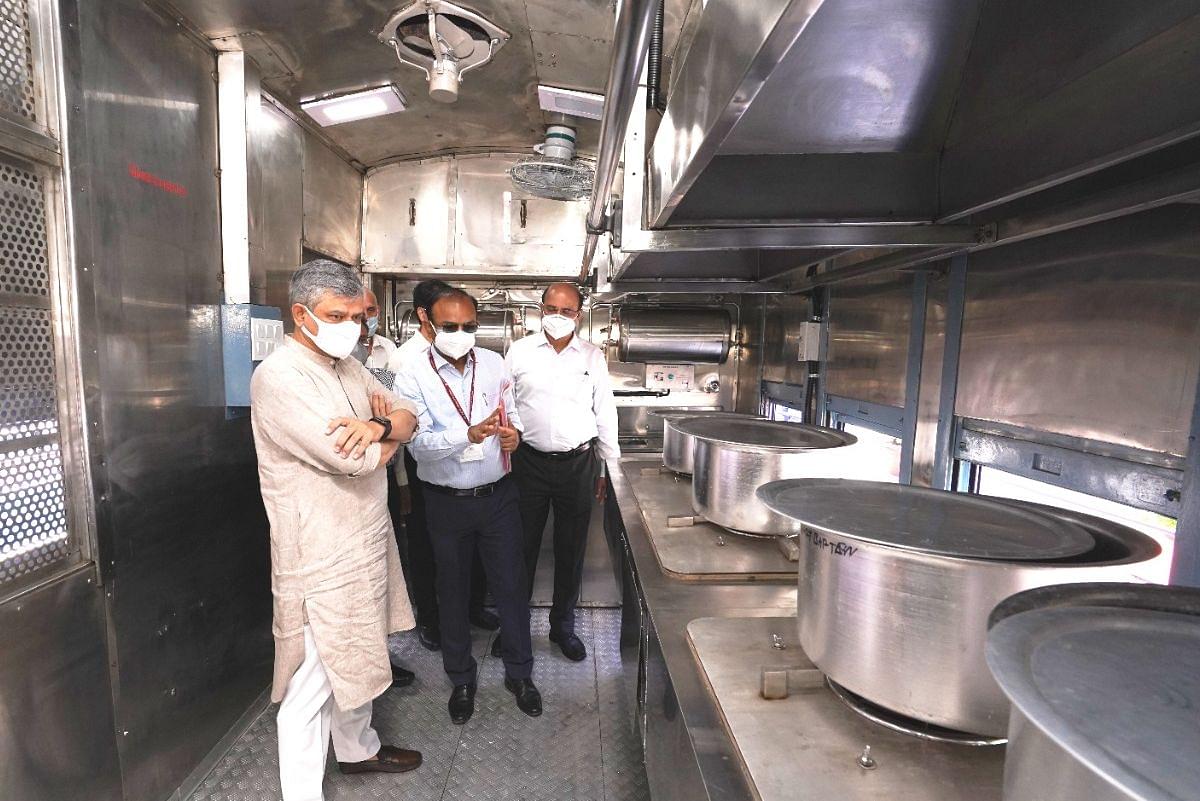 Continuing with its efforts of remodelling conventional coaches to more modern and efficient ones, Indian Railways has converted an LPG gas-based pantry car into flameless electric design to eliminate the use of hazardous and polluting fossil fuel.

As the railways is gearing up to restart catering service in long-distance trains, the use of such pantry cars are essential for the service.

The conversion from LPG-based to flameless pantry car at the Lucknow's Alambagh Workshop of Northern Railway cost Rs 60 lakh.

The flameless pantry car would soon be part of a north-bound long-distance express train.

Vaishnaw appreciated the efforts put in by Northern Railway in modernising the system as well as judiciously using its assets. He said that more such existing coaches should be given a modern makeover for their efficient and maximum utilisation.

According to the railways, there will be 10 more such pantry cars to be made flameless.

The conversion cost is expected to be less than Rs 60 lakh with subsequent proliferation of such pantry cars. The prototype pantry car has been remodelled to accommodate induction equipment standard to LHB pantry, smoke and fire detection system has been installed to make it safer.

The under frame has been strengthened to take additional load and all electrical safety protection has been undertaken as per RDSO recommendations.

Fitted with LED lighting system, the flameless pantry is efficient and safe and there will be no hazardous and polluting fossil fuel, said a senior Railway Ministry official.