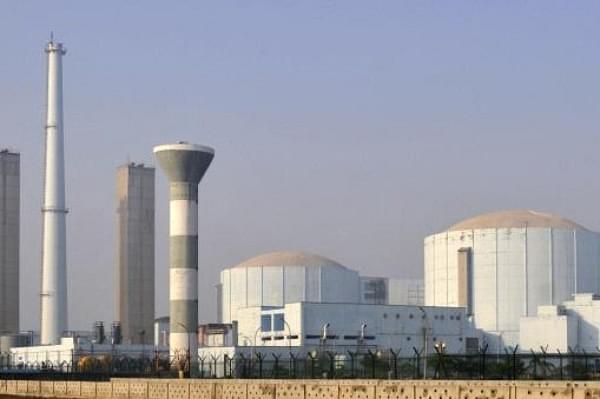 He said two units of 700 MW will be in Haryana and two 1,000 MW units in Tamil Nadu and added that the first indigenous 700 MW reactor is expected to start full power operation towards the later half of the year.

"The reactor is expected to commence full power operation towards the latter half of the year. The Atomic Energy Regulatory Board (AERB) is monitoring the performance of the unit very closely," Vyas added.

Presently two units of 220 MW are there at KAPS.

The KAPS-Unit 3 is the first atomic power unit that would start commercial operations after the second 1,000 MW unit at Kudankulam went on stream a couple of years ago, Vyas said.

The Indian nuclear sector is betting big on the indigenously designed 700 MW PHWRs as a total of 16 units totalling 11,200 MW are planned to be built and for which the Central government has accorded administrative and financial sanction.

The projects are at various stages of implementation.

Apart from two units in KAPS, the NPCIL is building two such units in the Rajasthan Atomic Power Station (RAPS).

The equity will be provided by the government and the debt from market borrowings.

"Out of the 16 units of 700 MW PHWRs, the orders for six of the units KAPS 3&4, RAPP 7&8 and GHAVP 1&2 have been placed at different times in line with the sanctions of the projects.

"However, it is in respect of the 10 units sanctioned in fleet mode that bulk orders are being placed. The process of placement of orders for materials and long delivery equipment has begun and the cost advantage would emerge once all the orders are placed. The cost per MW of the 700 MW PHWRs is estimated to be about Rs 15 crore," Vyas said.

According to Vyas, it has been decided to stabilise on 700 MW as it is optimum capacity instead of going further towards 1,000 MW reactors since the amount of design verification will be high.

"Going upwards from 220 MW to 540 MW (two units working at Tarapur Atomic Power Station - TAPS) was considered too big a jump. But the two 540 MW units are operating successfully," he added.

Apart from the 16 units of 700 MW indigenous PHWRs, India will be setting up four more 1,000 MW reactors bought from Russia's Rosatom of which construction work on two is progressing at Kudankulam. A total of six such units will be set up in KNPP.

Queried about the local content in the upcoming reactors Vyas said: "Progressive localisation as envisaged in the Inter-Governmental Agreement (IGA) signed between the Indian and Russian Governments for Kudankulam units 3 to 6 is being undertaken in the execution of the projects. For KNPP-3,4,5 and 6 the extent of localisation is about 30-35 per cent of the total sanctioned cost. It may also be noted that site work, which is a significant part, is done by local industry."

With the first 700 MW PHWR attaining criticality the next logical question was when the other indigenously designed reactor, the 500 MW prototype fast breeder reactor (PFBR) at Kalpakkam in Tamil Nadu would attain criticality.

"It is in the commissioning stage. The engineers are working there even during the Covid-19 lockdown," Vyas said.

An official of the Bharatiya Nabhikiya Vidyut Nigam Limited (BHAVINI) not wanting to be quoted told IANS: "All the technical aspects of the unit are being checked as it will not be possible to go back once the unit attains criticality."

According to Vyas, looking back 2019-20 can be considered to be a good year for the nuclear power sector in the country.

"A landmark was achieved when Units 1 and 2 of TAPS (220 MW) completed 50 years of commercial operation during the year. These are the oldest reactors in the world today and continue to operate safely, delivering excellent performance," Vyas said.

"The highest ever annual nuclear power generation of 46,472 Million Units of electricity was achieved in the year. Further continuing with the trend of setting records in long continuous operation, more number of units registered continuous operation of more than a year, taking the number of occasions to 33. This indicates the ability of NPCIL to provide clean energy in a safe and sustained mode," Vyas added.