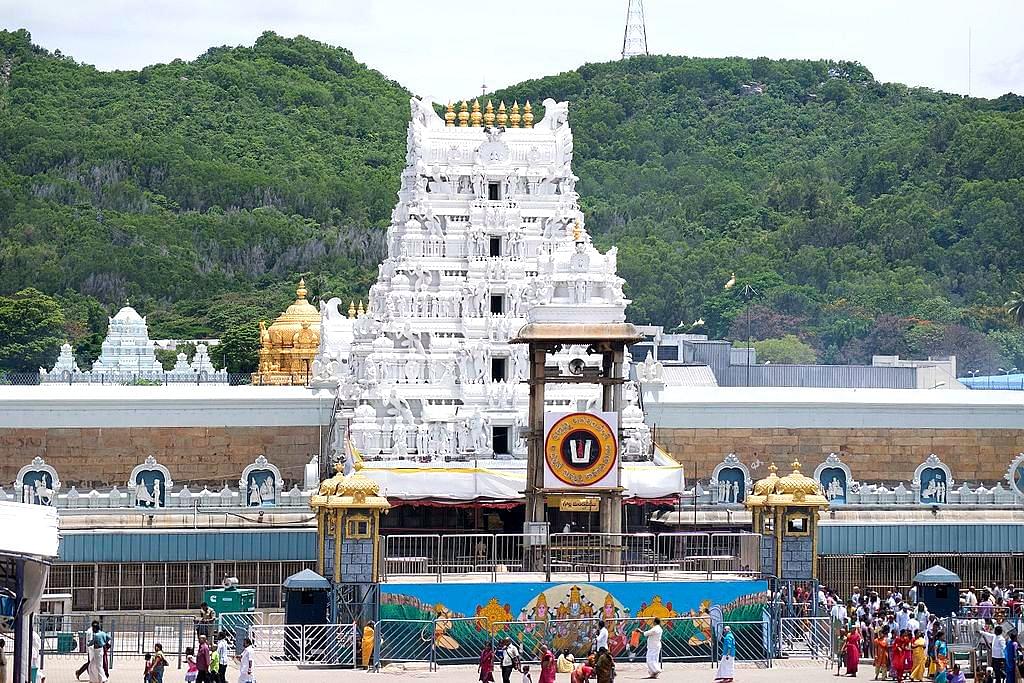 The Tirumala Tirupati Devasthanams (TTD), which administers the Sri Balaji Temple in Tirupati Tirumala, Andhra Pradesh, has decided to auction 23 of its immovable properties, resulting in a hue and cry being raised over the sales.

The entire Opposition in Andhra Pradesh is up in arms over the move, but TTD Chairman Y V Subba Reddy has justified the trust’s decision saying the sale of properties in remote areas was within its purview.

On Saturday, the TTD announced that it would auction the properties that included house sites and agricultural lands across neighbouring Tamil Nadu. The value of these properties have been estimated at around Rs 1.50 crore.

The New Indian Express reported that the decision to auction the properties was taken at a meeting of TTD Board of Trustees on 29 February this year.

The Board decided to sell these properties through auctions as they were “unviable and not maintainable by the TTD”.

Subba Reddy said that TTD had begun selling immovable and non-maintainable properties since 1974.

Subba Reddy said one major reason for auctioning the lands was that they were being encroached upon in Tamil Nadu and Rishikesh.

A TTD Board meeting held on 28 July 2015 decided to form a sub-committee to look into auction of such properties.

Its proposals to sell 50 properties were cleared by the board on 30 January 2016.

These properties were lands ranging from one cent to one acre, Subba Reddy said, and added : “The TTD board only continued the process. The State government has nothing to do with the decision.”

Proceedings for the sale of the 23 properties began on 30 April after the board decision was communicated on 17 March.

Two teams — one team headed by TTD assistant executive officer (revenue) S Udaya Bhaskar Reddy and the other by TTD tahsildar (properties cell) G Gowri Shankar Rao — have been formed for the auctions.

The TTD, over the years, has been receiving such properties donated to the Lord by different methods.

One way is donation of the property to Lord Venkateswara and the other way is to register the property in the name of Lord or TTD.

Yet another way of donating land is through a will.

The TTD has been trying to dispose of 23 properties in Tamil Nadu since 2014-15.

The Bharatiya Janata Party (BJP) was among the first to react with its State president Kanna Lakshminarayana telling Chief Minister Y S Jagan Mohan Reddy that the move was “most disastrous” and it should be withdrawn immediately.

Former TTD Trust Board member and TDP leader Bonda Umamaheswara Rao alleged that the government was trying to dispose of the valuable lands of the TTD at cheaper prices to supporters of Reddy’s YSR Congress Party (YSRCP).

On social media, the TTD move was questioned with some wondering if lands and houses donated by devotees could be sold.

Rajya Sabha member Prof Rakesh Sinha tweeted that the decision to sell small and unmanageable lands was untenable and he has written to Subba Reddy to review the decision.

The move now also raises questions if it was to raise additional financial resources as the Tirupati Balaji temple has lost income of over Rs 400 crore due to the nation-wide shutdown from 25 March to tackle the spread of novel Coronavirus in the country.

Two weeks ago, TTD had said that it had spent Rs 300 crore on staff salaries, pension and maintenance of temples under its control.

The temple has Rs 14,000 crore as fixed deposits in banks and eight tonnes of gold, but doesn’t want to encash them to meet current expenses.

The Tirumala Temple Devasthanam, one of the richest temple trusts in the world, spends Rs 2,500 crore annually as fixed expenditure on poojas and other religious functions.

During the current financial year, the Devasthanam estimates its outgo on salary to staff and pensions at nearly Rs 1,400 crore.

The monthly outgo on salaries and pension is Rs 120 crore.

During summer holidays and other festival seasons such as Dasara, the temple attracts a huge crowd running to nearly a lakh per day.

Before the temple was shut on 19 March ahead of the nation-wide lockdown, the temple witnessed crowds totaling 40,000 every day.