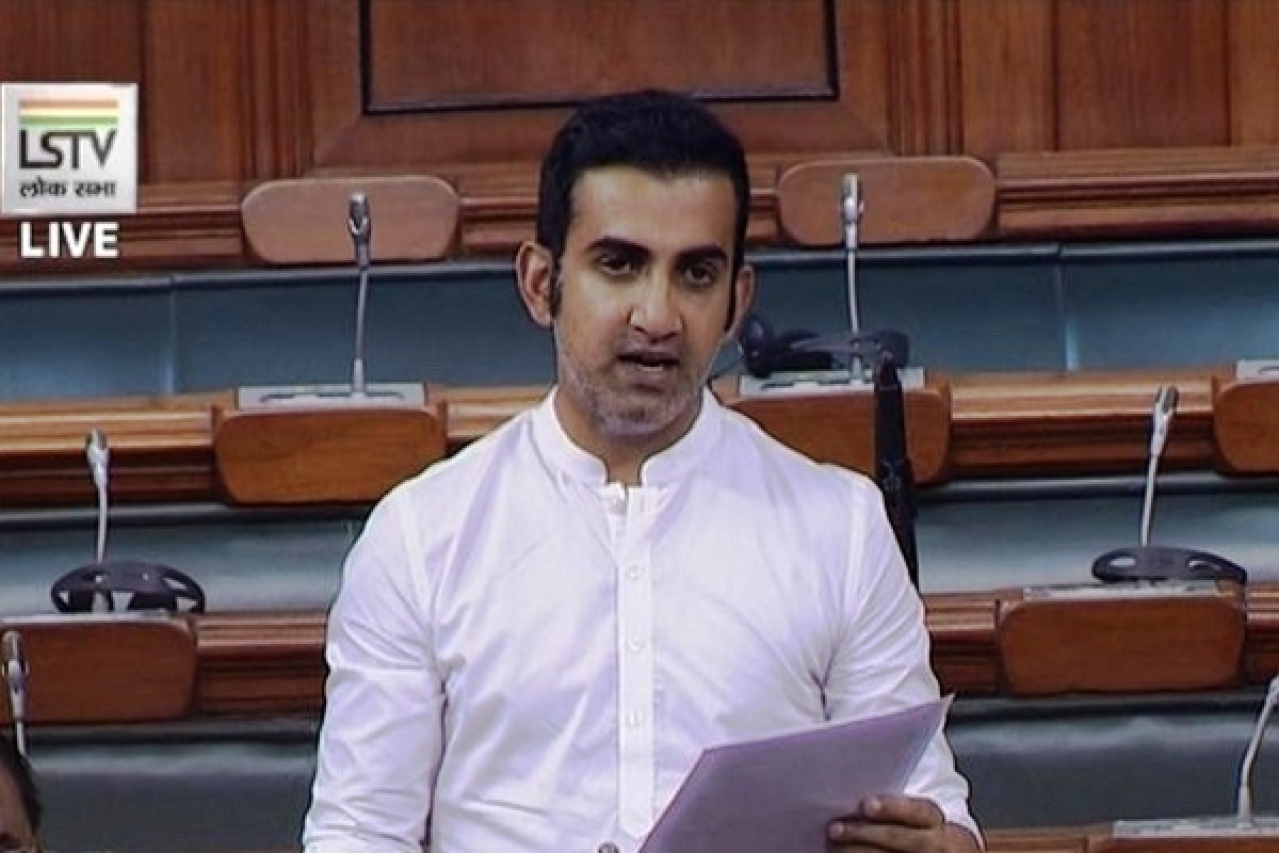 Former cricketer and Bharatiya Janata Party (BJP)  Member of Parliament (MP) from East Delhi Gautam Gambhir made his debut speech in Lok Sabha on Thursday (July 26) in which he expressed concern over pollution in Indian cities, The Pioneer reported.

Gambhir made a specific mention of Ghazipur landfill, which is on Delhi’s outskirts, saying it has become a mountain of garbage. A few international publications had recently noted that country’s tallest mountain of waste at the Ghazipur landfill in Delhi can rise higher than the Qutub Minar and the Taj Mahal in a few years.

Delhi has been on a lot of lists which I'm ashamed for it to be in these past few years. Delhi tops the list of the most polluted city in the world. A glaring example of this problem is the Ghazipur landfill issue, which needs to be resolved soon. Let our future be clean again. pic.twitter.com/uSWul5mqyd

Raising the issue during the zero hour, Gambhir said people have no hope from the Delhi government as he urged the central government to take measures to deal with the city’s pollution before the situation reaches a point of no return.

The Centre should come out with a policy, he added.

Every year schools are shut and advisories are issued by authorities due to pollution and 14 out of 15 most polluted world cities are in India, he said.

Environmental pollution is a matter of great concern and affects everyone, Gambhir added.

Referring to the Ghazipur garbage dump, he said rubbish from east, central and old Delhi are dumped there and its height is now 65 metres, only eight metres less than Qutub Minar, a famous tourist site in the national capital. He asked the government to take necessary steps in this regard.

The Economic Times reported that the Prime Minister’s Office (PMO) has intervened and sought help from global experts to grapple with the challenge posed by the Ghazipur landfill.

The PMO has entrusted the principal scientific advisor to the government with resolving the twin challenges of the Ghazipur landfill, namely the removal and valorisation (recycling or composting wastes) at the open landfill site, and management and treatment of the continuous flow of 2,200 tonnes of fresh waste per day.