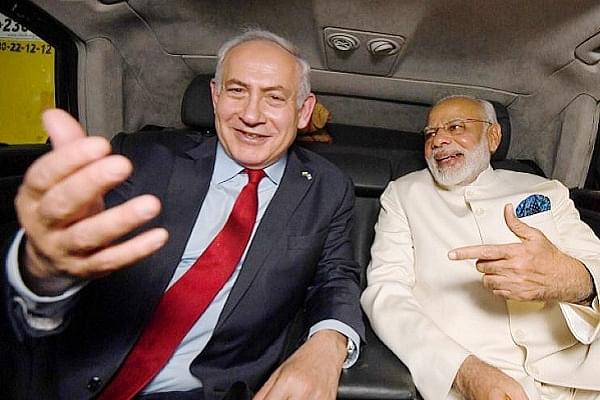 Israeli President Reuven Rivlin has invited the incumbent Prime Minister Benjamin Netanyahu to explore the possibility of forming the next coalition government after last week's election threw up an inconclusive verdict resulting in a political stalemate.

Rivlin offered Netanyahu and his rival Gantz an arrangement whereby they would form a “unity government” and rotate as Prime Ministers. Both Netanyahu and Gantz turned down the offer.

As a fallout of the failed negotiations, Rivlin entrusted Netanyahu the task of building a coalition.

As many as 55 members of the Knesset (Israel’s parliament) support Netanyahu for prime minister, Gantz has the support of 54 elected members. Given the numbers,  Rivlin determined that Netanyahu has a slightly better chance of cobbling together a coalition.

The charismatic Netanyahu, who is Israel's longest-serving Prime Minister, has 28 days to garner the requisite number for government formation and can ask the President for a two-week extension, if necessary.

Gantz, a retired military chief turned politician who heads the centrist Blue and White party, vowed never to join a government led by a prime minister who is facing possible indictments on corruption charges.

Israel's Attorney General is shortly slated to hold a pre-trial hearing on his announced intention to indict Netanyahu for fraud and bribery over three charges of corruption.

On 17 September, Israel went for an unprecedented second national election within a year, after Netanyahu failed to cobble together a coalition in the wake of the April polls.

While Blue and White polled a higher vote share than Netanyahu’s Likud party, neither could muster enough support from coalition allies to reach the 61-seat requirement to form a government.

Blue and White also emerged as the single-largest party with 33 seats in the election while Likud won 32 seats. Motley group of Arab Parties, including Islamists, Communists and Palestinian Nationalists, won 13 seats.

While the verdict of April polls left Netanyahu’s right-wing coalition tantalisingly close of majority by one seat, his hope of a clear mandate in the September polls were dashed as his coalition fell as many as five seats short this time.

Netanyahu’s attempts to form a coalition government after April's verdict failed largely due to the intransigence of Avigdor Lieberman and his party Yisrael Beiteinu (Israel Our Home).

Lieberman's secular nationalist party, whose electoral base has initially consisted overwhelmingly of Russian-speaking immigrants from the former Soviet Union, was opposed to forming a coalition with religious parties and refused to join Netanyahu's coalition.