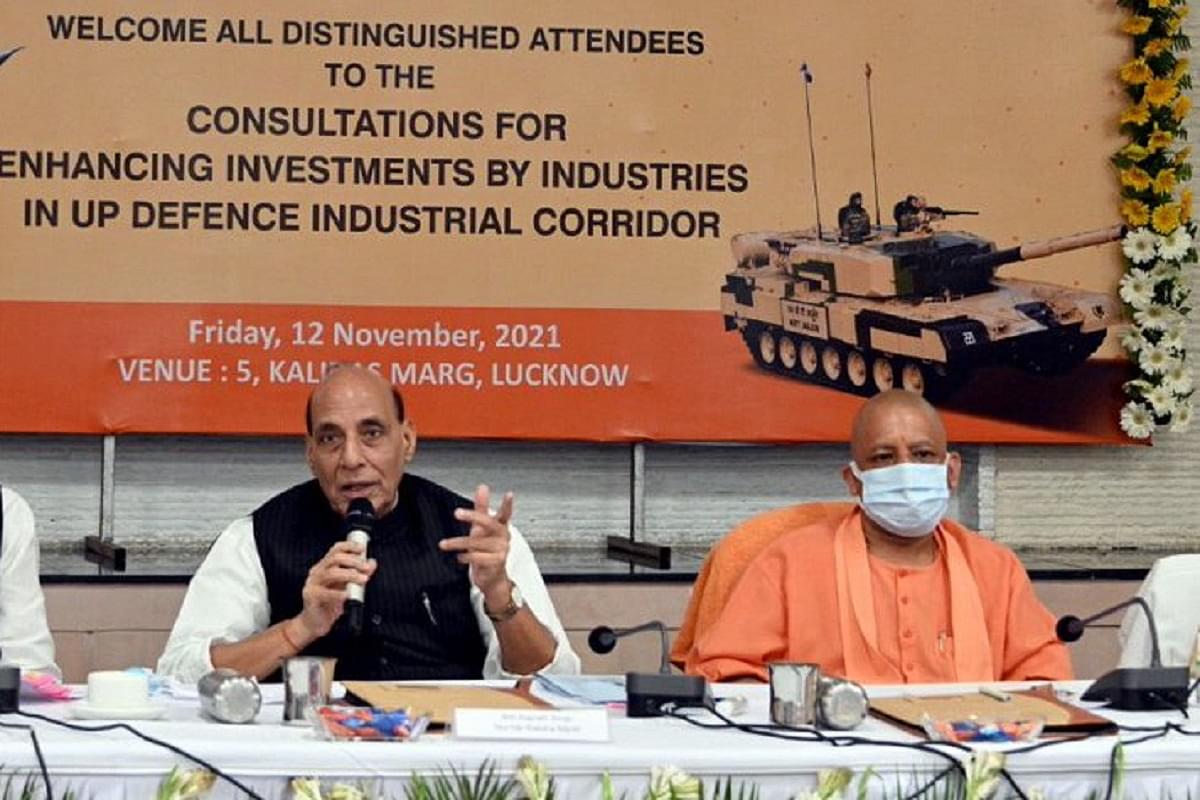 In a bid to promote defence manufacturing in India, the government is considering a centrally-sponsored scheme to incentivise investments in the defence industrial corridors, Defence Minister Rajnath Singh said on Friday (12 November).

The announcement was made by Singh during a meeting on promoting investments in Uttar Pradesh Defence Industrial Corridor (UPDIC) in Lucknow on Friday. UP Chief Minister Yogi Adityanath was also present in the meeting.

The Defence Minister listened to the views of representatives of private defence industries present at the meeting and was briefed on the progress of investments in UPDIC.

“We understand the needs, risks and strengths of our Industries. If anyone has the capacity to make our country self-reliant at the earliest, it is our industries, and I have been emphasising this on various platforms”, the Defence Minister said.

He described the setting up of Defence Industrial Corridors in Uttar Pradesh and Tamil Nadu as one of the many steps that reflects the government’s unwavering commitment to cater to needs of defence industries.

To support the growth of the Defence sector and enhance manufacturing capacity in the sector, the government is setting up two Defence Industrial Corridors in India, one in Uttar Pradesh and another in Tamil Nadu.

The Defence Industrial Corridors are expected to catalyse indigenous production of defence and aerospace-related items and reduce India's imports while promoting the export of these items to other countries.

The Uttar Pradesh Defence Industrial Corridor is being set up by the Uttar Pradesh Expressways Industrial Development Authority (UPEIDA). It consists of the six nodal points - Agra, Aligarh, Chitrakoot, Jhansi, Kanpur and Lucknow - with the potential to develop defence industries in the corridor.