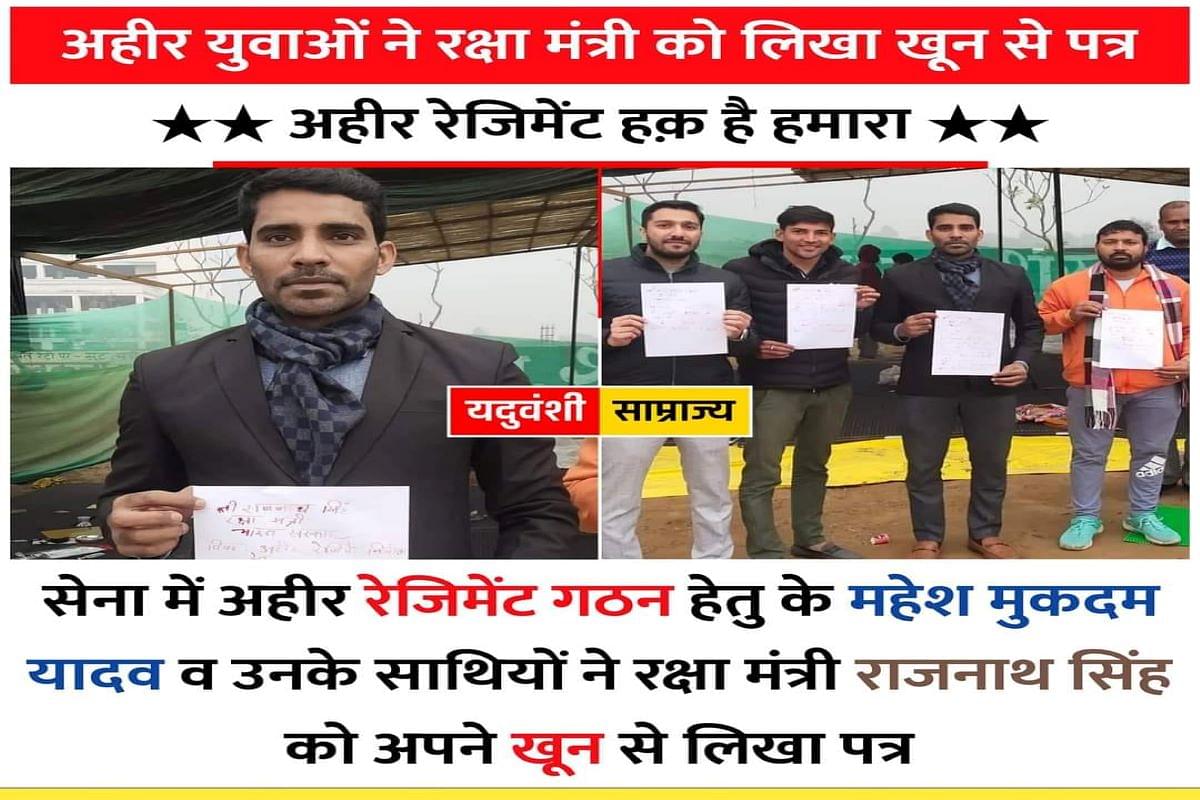 'United Ahir Regimental Morcha', an organisation from south Haryana (also known as the Ahirwal region), took to the streets demanding establishing of an Ahir regiment in the Indian Army.

The protest was staged near Kherki Dhaula Toll Plaza.

Several political and religious groups took part in the protest leading to a massive traffic jam on the Delhi-Gurugram Expressway.

Manoj Yadav Kankrola, founding member of the morcha, said there are 23 caste based regiments in Indian army.

"In Indian Army, Ahir soldiers are in very large numbers. Their names are among those who achieved martyrdom. We are asking for our rights, which we will take," he said.

Some protestors cited the sacrifice made by the members of the 'Ahir' community in the Indo-China war in 1962 to justify their demand.

Water proof tents were set up across the protest site for shelter of the demonstrators, who began their sit-in with a 'havan' around 11 am. In the midst of chanting, people raised slogans of Ahir Regiment.

Heavy police force was already deployed to manage the protests.

SP chief Akhilesh Yadav had also made a similar demand in the run up to 2019 Lok Sabha polls and had also included it in his party's election manifesto.

The centre and the army have so far maintained that they are not in favour of forming any new regiment in the army after any particular caste, community or religion.


(With Inputs From PTI)