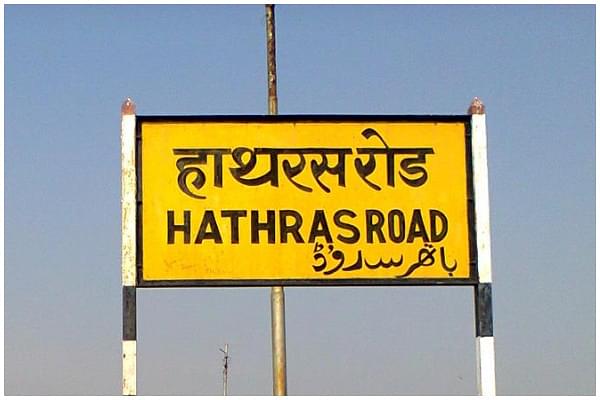 Earlier this week, it had emerged that the woman masquerading as the sister-in-law of the alleged gangrape and murder victim in Hathras had also masqueraded as an aunt in the Sanjali case of Agra in 2018. The woman, it was later found, is Dr Rajkumari Bansal from Jabalpur.

Now her links with the Bhim Army have come up.

This report mentions that the office bearers of the Bhim Army's Gwalior chapter have admitted that she has links with the organisation.

The same report carries a quote from a senior office bearer from the Bhim Army who says that he knows her personally, and she is their "sister".

It has also emerged that she posted a fake video of a statement from Uttar Pradesh chief minister Yogi Adityanath.

The report also mentions that on 3 October she had written a post on Facebook where she had said that she regrets that the Hathras victim was a Hindu; had she been buried, a postmortem would have been possible.

A report in Dainik Jagran had claimed that Bhim Army had planted three of its members in the house of the victim of the alleged gangrape, and murder in Hathras as the relatives of the victim.

The report said that the police is in search of the three people who are understood to have influenced the family of the victim and the police had received input that the three were staying with them as relatives.

A Special Investigation Team found that Bansal stayed with the victim's family between 16 September and 22 September and that she has played a conspiratorial role in the case.

The Dainik Jagran report says that her connection emerged when the police found that she was the same woman present in Delhi with two men after the death of the Dalit victim.

In Delhi, Bhim Army Chief Chandrashekhar Ravan had visited the Safdarjung Hospital and protests were held after her death.