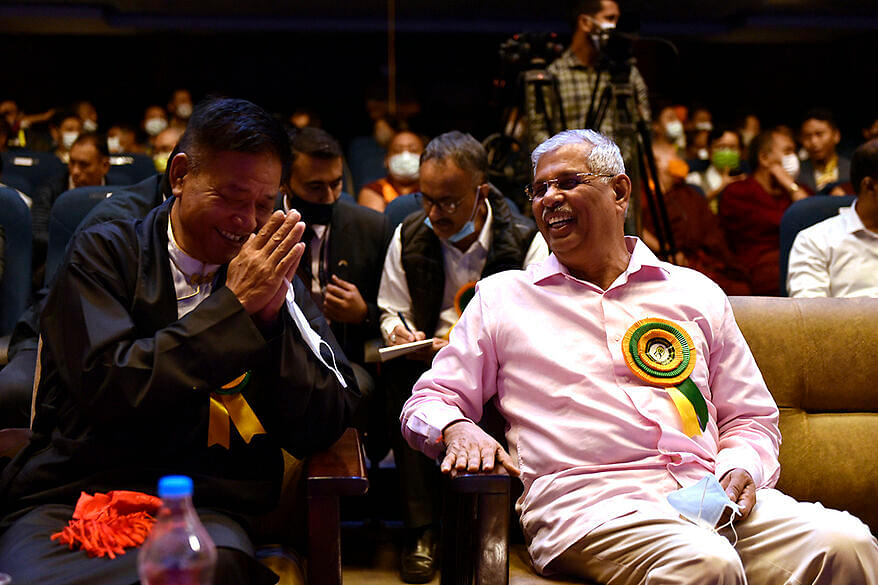 On Tuesday (12 October), the Governor of Himachal Pradesh, Rajendra Arlekar, attended an event of the Tibetan Youth Congress, an outfit that advocates the independence of Tibet from China.

"The Tibetan Youth Congress is a worldwide Organisation of Tibetans united in our common struggle for the restoration of complete independence for the whole of Tibet, including the provinces of U-Tsang, Do-toe, and Do-med," the outfit's website says.

The event, marking the conclusion of the ceremony of the Tibetan Youth Congress' golden jubilee celebrations, was also attended by Penpa Tsering, the new Sikyong (president) of the Tibetan government-in-exile, based in Dharamshala in Himachal Pradesh.

In a tweet earlier today (13 October), the Sikyong said that he greeted the Governor of Himachal Pradesh at the ceremony.

The development comes after Prime Minister Narendra Modi wished Tibetan spiritual leader Dalai Lama on his birthday in July. In a significant departure from the past, and in the middle of a tense military standoff with China in eastern Ladakh, Modi had publicly acknowledged the phone call on Twitter the same day, possibly to send a message to Beijing.

In 2020, during the standoff in eastern Ladakh, a unit of the Special Frontier Force (SFF) manned by volunteers from the Tibetan refugee community in India had participated in the operation to take over the heights of the Kailash Range near Chushul.

Tenzin Nyima, a Tibetan soldier who was killed during the operation, received a public funeral complete with military honours, including the firing of a volley of shots by ceremonial guard. Flags of independent Tibet were displayed alongside the Indian tricolour during his funeral, in presence of Bharatiya Janata Party leader Ram Madhav.

These developments have once again revived interest in India's Tibet policy and the issue of the Dalai Lama's reincarnation.

"From January through March", despite tensions in Ladakh, "India convened five separate assemblies of monks from various sects in the region — the first time such gatherings have taken place in more than 2,000 years. The government hopes that this group will grant international legitimacy to the current Dalai Lama's successor and help fill a power vacuum, as it could take two decades or longer for a reincarnation to be identified and to come of age."