Historic Space Reforms To Make India A Global Tech Powerhouse: How They Will Benefit ISRO And Private Players 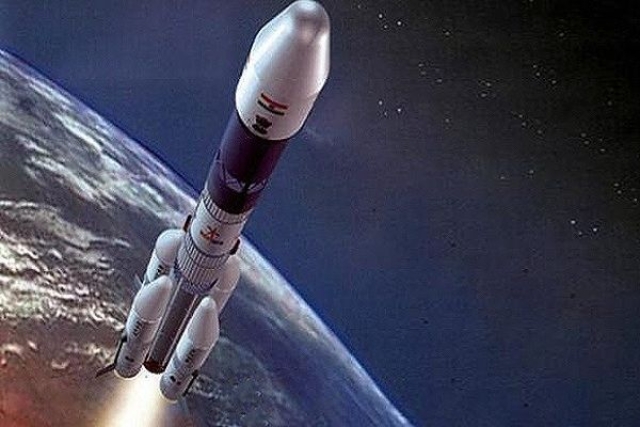 The reforms are aimed at increasing private sector participation in the sector, reports PIB. This comes a few weeks after Finance Minister Nirmala Sitharaman announced opening up of the space sector for private players.

Currently, the private players are involved in the space sector, but mainly in the subcontract work given by ISRO.

Two years ago, an eminent aerospace scientist Dr A Sivathanu Pillai had proposed opening up the space sector to private companies, gradually bringing them into launch and satellite building. Already, several private players are building small and micro satellites.

The government also announced creation of a new body Indian National Space Promotion and Authorization Centre (IN-SPACe). It will:

Sivan added that ISRO will share its technical expertise as well as facilities with IN-SPACe.

Further, the reforms promise a friendly, fair, rigorous, and speedy regulatory environment. Some planetary exploration missions will be opened up to private sector through ‘announcement of opportunity’ mechanism.

In a Twitter thread, the Principal Scientific Advisor, Government of India K Vijay Raghavan talked about the reforms.

“Today’s Cabinet approved reforms in the space sector are an important step in expanding India’s space-related capabilities, by inviting and enabling the private sector to participate,” he said.

He praised the work done by the Indian Space Research Organisation (ISRO) that made India one among the handful of countries with advanced space capabilities.

“ISRO has built capabilities in the country, inspiring generations of Indians by its extraordinary achievements over the years. Innovations in telecommunications and remote-sensing have enriched our lives for decades, without us giving much thought to the tech behind it,” he wrote.

ISRO has a lot on its plate

ISRO has started working on Chandrayaan-3 which is scheduled to be launched next year. It will attempt a soft landing on the far side of the moon. If successful, it will be only the fourth space agency to do so.

ISRO is also working on the Gaganyaan mission — India’s first manned space mission — expected to be launched in 2022. Four shortlisted Indian Air Force pilots are currently undergoing an 11-month training in Russia for the mission.

India's heaviest launch vehicle “Bahubali” GSLV Mark-III will carry the astronauts to space. According to ISRO chief, after Gaganyaan, ISRO is eyeing to establish an Indian Space Station next.

Aditya L1 mission is another ambitious project of ISRO. It is India’s first scientific expedition to study the sun. It will be launched in 2022 using the Polar Satellite Launch Vehicle (PSLV) XL with 7 payloads (instruments) on board.

"Whether it be accessible telephony, improved weather forecasting, or a COVID tracker in recent times, ISRO’s service to India has been exemplary,” noted Vijay Raghavan.

How private participation will help?

The PIB report notes that the decision has been taken to in line with the long-term vision of the PM Modi to transform India and making the country self-reliant and technologically advanced.

Private sector participation is expected to boost investment and innovation in the sector:

Further, it is expected to free ISRO from ancillary or routine work which could easily be done by private industry. The ISRO can, therefore, focus on cutting edge research.

"Leading-edge R&D will be the focus at ISRO. New tech, spaceflight, and exploration missions. A major impetus for research, with some commoditized space operations open to private players,” wrote Vijay Raghavan.

The private sector can take care of small, mini and micro satellites (which form a majority of the launches) while ISRO can focus on heavy communication satellites and big projects.

"These reforms are in line with global best practices, and designed to ensure India sees new companies making new investments and providing new services in this sector very soon,” he added.

Pillai, in his report to ISRO, recommended that the private sector could initially use the ISRO facilities for launch, and then be assisted in building their own launch facilities.

This way, India would then be able to undertake 12 to 15 launches or more, as compared to the current two or three major launches a year.

He suggested that the core strengths of the private players can be exploited by forming consortiums.

A consortium would be lead by a lead company like L&T or Godrej and include both large and small industries, including start-ups.

After initially using ISRO facilities, these consortiums can build their own jointly-run launch facilities.

Pillai report had also suggested that the Brahmos model — wherein DRDO, a government department, is an investor in a private capacity — be applied in the space ventures. This way, ISRO could invest in any major public-private space partnerships.