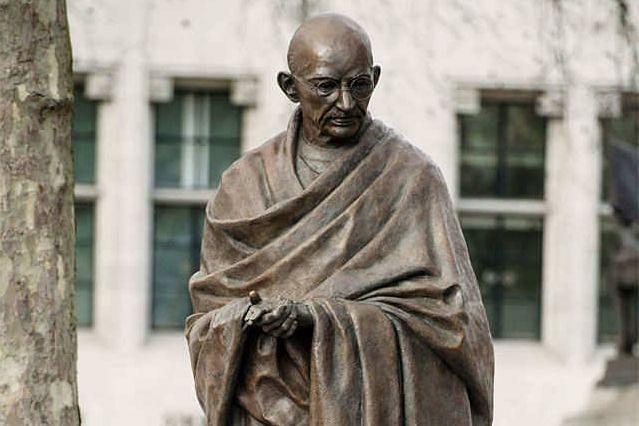 On 9 June, a statute of Belgium’s longest reigning monarch, King Leopold II, in Antwerp, Belgium was removed after being defaced by the Black Lives Matter protesters.

Last week, the protesters in the United Kingdom (UK) pulled down and threw the statue of Edward Colston in Bristol into a nearby river. In London, Winston Churchill's statue was was vandalised and demonstrators reportedly wrote ‘was a racist’ on it.

A statue of 18th-century slave owner Robert Milligan known for building West India Docks in London was also taken down.

The atrocities unleashed by Leopold in the then colony of Congo is believed to have led to the death of about 10 million natives.

Winston Churchill, hailed for his leadership during the second World War, is attributed deaths of millions in the colony of India due to his racist, imperial policies.

Colston was an 18th century slave trade magnate, who, because of his charitable projects in Bristol and London, developed a reputation of a philanthropist and ‘the highest example of ‘Christian liberality’ in his age.

The defacement of colonial-era figures after the death of George Floyd, an unarmed Black man in police custody, is only the latest in a series of protest against statues of figures embroiled in a history of imperialism and racism.

In 2015, Rhodes Must Fall movement broke out in the University of Capetown demanding the removal of the statue of Cecil Rhodes. Reportedly, the BLM protesters are now rallying for the removal of his statue from Oxford.

In 2018, the statue of Mahatma Gandhi was removed from a university campus in Ghana merely two years after it was unveiled by India's former President Pranab Mukherjee.

There have also been multiple defacement of Gandhi’s statue in the current protests. One occurred outside the Indian Embassy in Washington DC in United States, and another in London, UK.

US President Donald Trump called the defacement of the Gandhi statue a “disgrace”.

The Case Against Gandhi

Gandhi has been a target of the Left for a long time now, primarily for his “deployment of Hindu imagery or idioms” such as Ram Rajya, and his “secularism derived from practices as a devout Hindu”.

The likes of Arundhati Roy have tried to “debunk” the “myth” of Gandhi.

With regards to racism, the charge against Gandhi is that he held a rather low opinion of the Black people in Africa where he spent two decades of his life.

Another is that he didn’t include the rights of the Black people as part of his struggle in South Africa.

Professor Vinay Lal of UCLA dwells on this issue in Moral and Political Thought of Gandhi.

Lal argues that Gandhi didn’t take up the issue of the rights of the Black people largely because of, what he calls, pragmatic considerations.

He says that Gandhi had to already contend with a huge diversity within the group he was fighting for — Indians in South Africa consisted of merchants of different religion, castes, indentured labourers from different regions, speaking different languages.

“There were different..linguistic groups.. class interests.. just getting all of them together was itself a task just as in India today..” he says.

He also alludes to the politics of representation. “By the way, had Gandhi been involved in the struggle for the rights of black people, I can tell you with absolute certainty that many people would have said what makes Gandhi think that he speaks for the black person”.

Lal argues that Gandhi understood the ground realities in colonial South Africa, and understood that he could have limited objectives.

It is a well-accepted notion that even the noblest of minds and principles are limited in their manifestation by the ground realities of their times. But the question remains, was Gandhi, in principle, a racist?

Lal says that while it is true that racism against Blacks was endemic at the time, he doesn’t excuse Gandhi on this ground because "in many other domains, Gandhi was far ahead of his times”.

His observations can be summarised as follows,

One, Gandhi’s comments on Blacks in Africa have to be read in the proper context.

Lal gives the example of Gandhi writing that the Black natives roamed around in a state of nudity but coming to a very different conclusion from that of the colonialists that they were wild savages.

Gandhi says, “..let not anyone infer from this that these people cannot control their senses. Just because they're running around naked, it doesn't mean they're all sexually attacking each other ..these Negroes have no time to be staring at one another”.

It is also important to remember that in Hindu culture, to which Gandhi belonged, the sanyasis and ascetics often discard clothes, remain nude, and retire to forests to live a life close to nature, of penance and frugality. Young students in Brahmacharya Ashrama also follow a similar lifestyle

Nudity and living in the wild, is therefore, from this standpoint is not a marker of primitivism and savagery.

Lal says, “..we have to understand what nudity means [in this context]. The idea that a woman who is nude should be viewed simply as a sexualised being, Gandhi says that this idea doesn't exist in that society. This is a European problem.”

Gandhi goes on to quote a passage from Bhagavata about how a sanyasi’s mind was unruffled by a sight of women bathing nude, and nor were the women at all agitated or affected by a sense of shame.

Lal gives another example of how Gandhi questions the spread of civilisation among the Blacks after the advent of the colonial rule. It is important to note that Gandhi puts the words ‘civilisation’ in double quotes in his writing.

He further says “..many who being illiterate and therefore strangers to civilisation were so far free from many vices have now become corrupt...hardly any Negro who has come in contact with civilisation has escaped the evil of drink.”

Two, Gandhi was fundamentally ignorant of the history of black people.

We can contrast this to his knowledge about Jewish history, and therefore, nuanced views on the issue of Palestine.

“In South Africa, when he had a legal practice, his private secretary was a Jewish woman; his closest friend and patron was Herman Kallenbach who was Jewish.. and he came to an appreciation of Jewish history which is why his position and Palestine was very complex.”

Lal says that as India moved towards Independence, in the 1930s and 1940s, Gandhi spoke a lot about Afro-Asiatic solidarity.

“..whatever he said about them when he was in South Africa, he certainly never said those things after his return to India and in the 1920s and 1930s and for the rest of his life.” So, we have to consider the possibility that he outgrew his former views, as happens with all of us.

Lal says that the fact that Gandhi was embraced by many great African leaders and African American leaders like Nelson Mandela, Albert Loulou Lee, Martin Luther King, James Farmer, Bayard Rustin wouldn’t have been possible if Gandhi was such a racist.

“These are very well-read people, they knew Gandhi’s life, so clearly they themselves come around to the view that whatever Gandhi may have said about Blacks in Africa that that was not what Gandhi stood for fundamentally..eventually.”

In 1936, Gandhi was visited in his Sevagram Ashram by an African American delegation led by Howard Thurman.

Lal points out that at the conclusion of their conversations for days, Gandhi said to Thurman that “the next great experiment and nonviolent resistance will be carried out by your people in America” and that shows his fundamental respect for the Blacks.

That the groups like Black Lives Matter have decided to put Gandhi together with Leopold and Churchill is reflective of the long-standing failure of the Left in understanding history and historical figures like Gandhi in all their complexity.

The reasons behind this failure are the same as those behind the failure of the Left politics at large.