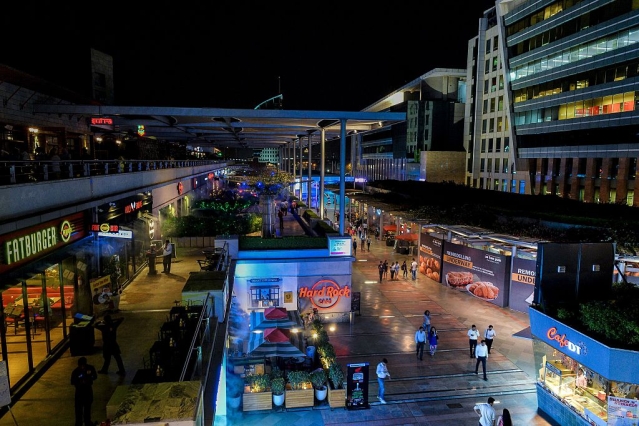 “..middle class of this country is truly bigoted and sick, and I honestly can't see a way in which this will change for the better”

“Apart from some glimpses of generosity the middle class has mostly reflected their political choices. They have been selfish, stupid, bigoted and narrow minded..”

“Indian middle class: the most privileged, entitled, prejudiced, classist, casteist, racists sods there ever were”

Who is “Indian middle class”?

A research paper by Devesh Kapur, Neelanjan Sircar and Milan Vaishnav showed that 40 to 60 per cent Indians identify themselves as “middle class”.

Economists Sandhya Krishnan and Neeraj Hatekar conclude that more than half Indians, around 600 million people, belong to the middle class ($2 to $10 PPP per day).

What does it say about the Indian middle class of today?

Unlike the West, these people aren’t middle class only because of inter-generational transfer of wealth and privilege. Indian middle class is largely composed of the people who were born in poverty and struggled against all odds to come out of it. .

Even the affluent among us, if ask their parents and grandparents, would be shocked to find out how poor they were. Most of us wouldn’t be able to find one woman of our grandmothers’ age who hasn’t lost children to disease, lack of food, healthcare etc.

Contrary to the Left’s fantasy, Indian middle class is not living in a bubble of luxury and extravagance.

It is composed of hard-working people who are very well aware of what poverty is, and what it can do to people. They are likely to have experienced it first hand.

Many are first generation graduates, and the first ones in the family to live in an urban area. Many still maintain close ties to their ancestral rural places. They don’t have their heads in the sand.

Sure, those who climbed the ladder would still be ‘privileged’ as compared to others who were on the verge of dying of hunger. But the average was so bad that calling it a ‘privilege’ is a crime.

To call these people "most privileged, selfish, stupid, entitled” is not just based on an incorrect reading of the reality, but also an insult to their struggles.

Sure, "privileged, selfish, stupid, entitled" people do exist. But there is no reason to believe the stereotype is more suitable for Indian middle class, than, say, the Left gang itself.

The Left, in fact and not accidentally, is composed of the most privileged of us — be it caste, wealth or education wise. To get away with foolish rants like "middle class is despicable” is yet another privilege.

There couldn’t be a better example of reverse narcissism— the attention must be on me even if it's because I fill the ecosystem by incessantly crapping on my own identity- Hindu, wealthy, privileged, urban, highly educated.

Nothing could be a bigger marker of privilege than this self-righteous self-loathing. It is an extension of own ego, an exercise in self-importance.

The Left discourse itself is a reflection of the shallow materialism of its leaders —extravagance of metaphors, symbolism, gestures, poems, slogans and “art” but no real argument. A naked mannequin loaded with jewellery.

To compensate for the lack of substance, Left appeals to the emotions and not the intellect. There’s no objectivity, no difference between the things that feel good and the things that make sense or work.

The louder you outrage, the bigger victim you are, and the bigger your self-professed victimhood, more correct you are. This, in short, is the production process of a “radical”.

This is how the outrage to make oneself feel better is sold to gullible college students as ‘activism’, ‘making a difference’ and ‘being on the right side of the history’.

Meanwhile these “radicals” couldn’t be more entrenched in the same system and dominating the same hierarchy they think is the embodiment of injustice.

Meanwhile, the same “radicals” are writing our textbooks, being taught in the classrooms, and are paid by the government from tax-payers’ money . Very few things could better satisfy the definition of 'systemic and mainstream’.

To the Left’s credit, its hatred of the middle class is not completely irrational.

Left ideology is primarily a cult of the enemy images it creates. Since the global capitalists like Soros are its allies now, the next best candidate is the Indian middle class. Not that there is no hate against the capitalists, but they must be Indians, like Adani, Ambani etc.

There is another reason.

Middle class is called the cornerstone of democracy, and democracy, not just in India but all over the world, has been the biggest bulwark against the Left’s journey to power.

In India too, Left’s academic hegemony is facing a challenge due to the rise of the right-wing in the democratic plane.

This is particularly frustrating because the Left spent 70 years making sure than an average Indian doesn’t get to know of any alternative except the 50 shades of Left.

However, the means that allow the people to speak for themselves, like elections, social media etc. foiled the plan.

Over this is the embarrassment that even in a poor post-colonial country like India, the Left failed to acquire political dominance.

In a hopelessly poor country, the Left’s promise of “all will have equal wealth” is attractive because hopelessness provokes people to look for instant saviours.

Kapur, Sircar and Vaishnav found that those who identified as middle class were "more optimistic - both about the status of their lives today as well as the prospects for the future”.

However, the latest data shows that it is the rural, poor and the lower caste voters that drove BJP to a landslide victory in 2019. Contrary to the claims that it is an upper-caste party, the BJP’s social base is now broad-based and mirrors the Hindu society

Already, less than 5 per cent of peasants and workers — the two groups Left has historically claimed to speak for — voted for the Left in the last general elections.

So, who will be blamed next?

The electoral down-slide of the Congress has already strained the marriage of the populist left and the hard left that ruled this country for so long.

The latest explanation is "collective insanity” — people are crazy to not see how Left is good for them.

Although it’s not clear why decades of deepening of democracy, left-dominated education system, gains in income, health etc. would make people crazier than they were 70 years ago.

Left’s reaction to its successive failures is a true testament of how a narcissist will blame everything under the sun before accepting own mistakes.

Or maybe we are over-analysing. Maybe the foreign funding, the invitation by foreign media houses and to conferences in posh locations, all this is simply worth it.