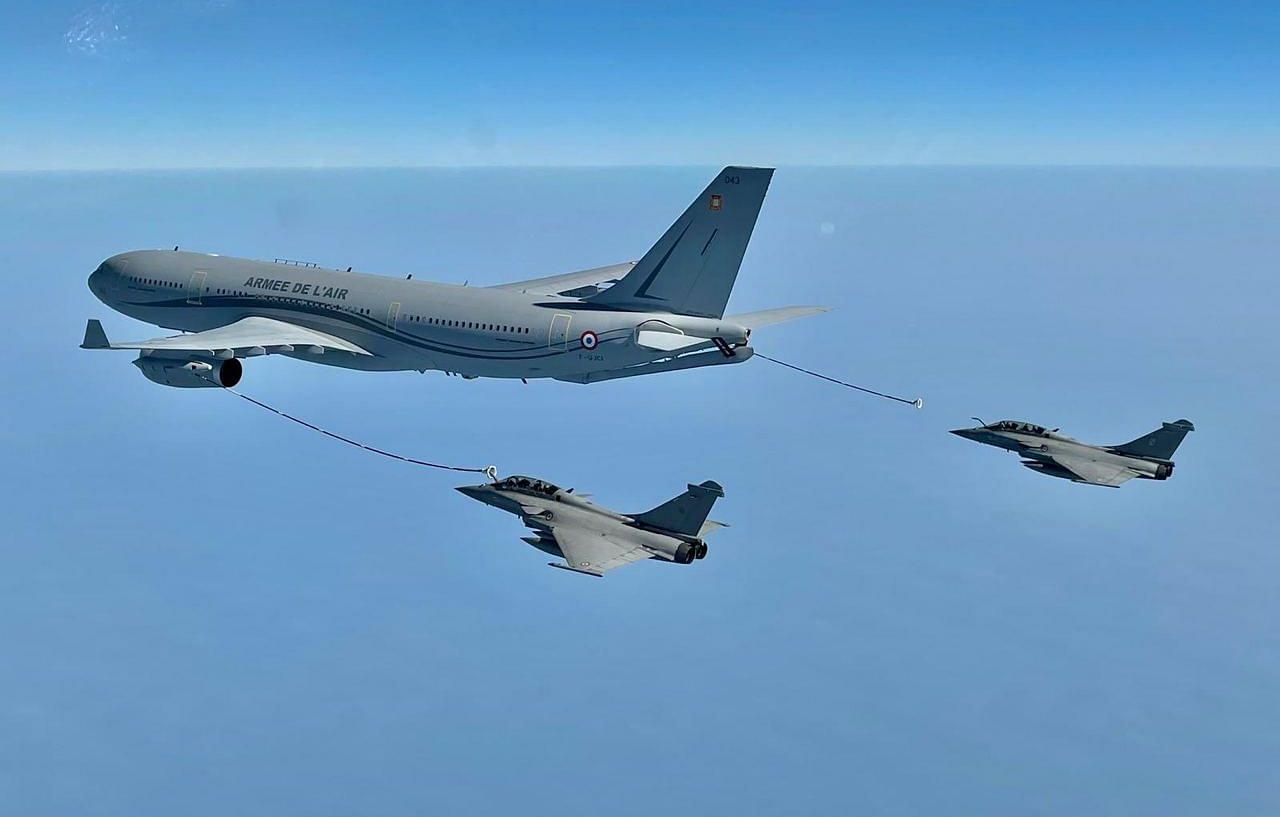 The Indian Air Force (IAF) will soon get one Airbus A330 Multi Role Tanker Transport (MRTT) aircraft, which can be used for refuelling fighter jets mid-air, from France for training, a report in the Hindustan Times says.

According to the report, this will be a precursor to a government-to-government deal under which the IAF will lease five more MMRT aircraft from France.

This development comes just days after the visit of Chief of Air Staff Air Chief Marshal RKS Bhadauria’s to France, during which he flagged off a new batch of Rafale fighters from Merignac-Bordeaux airbase in France to India.

The IAF has already issued a request for information to lease a mid-air refueller, and a request for proposal will soon be issued for the additional five aircraft.

These aircraft, often called force multipliers, will significantly boost the combat capabilities of the IAF by increasing the range of its fighters. With mid-air refuelling, fighters can cover greater distances without having to land for fuel.

“The A330 MRTT can support the deployment of four fighter aircraft plus 50 personnel and 12 tonnes of freight (luggage, spare parts and equipment) in one direct flight over 5,200 km, e.g. from Europe to Afghanistan,” Airbus says.

IAF’s Rafales have been able to fly non-stop from France to India with mid-air refuelling, provided by A330 MRTTs of the air forces of the UAE and France.

The Narendra Modi government had granted permission to the armed forces to procure military equipment on lease last year.

The Indian Navy has already leased a pair of MQ-9B Sea Guardian drones from the US. It is also looking to lease at least 24 naval utility helicopters for five years and has already issued a Request for Information to foreign vendors.

Over the past decade, the IAF twice selected the A330 MRTT to replace the IL-78 fleet, but a deal remained elusive due to multiple issues, including price.

With the leasing of A330 refuellers, the IAF’s decade-long search for a reliable tanker aircraft will come to an end. The IAF currently operates a fleet of Russian-origin IL-78 tanker aircraft, which have been plagued by maintenance issues.

A recent report of the Comptroller and Auditor General of India has said the serviceability of the IAF’s IL-78 tanker fleet stood at 49 per cent during the 2010-16 period, much below the desired level of 70 per cent, and noted that less than half the fleet was mission-ready at any given time.

Derived from the popular Airbus A330 passenger jet, the A330 MRTT will be easier to maintain and have lower operating costs. The aircraft can carry up to 111 tonnes of fuel, which Airbus says is the highest capacity of a tanker aircraft. It can also be used to carry up to 45 tonnes of cargo or 300 passengers.