'If You Exist, We'd Like To Meet': Switzerland Embassy In Beijing Calls Out Fake Stories In Chinese Media Citing Non-Existent Swiss Expert 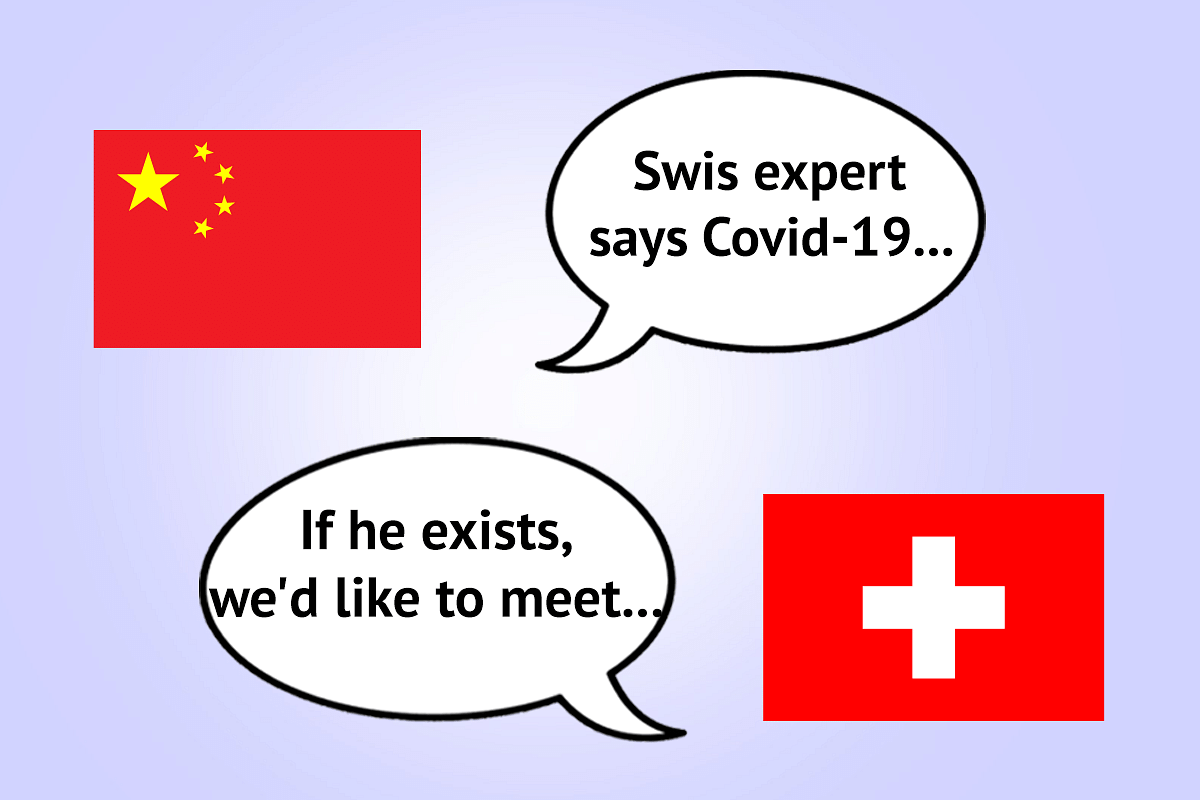 The Embassy of Switzerland in Beijing has stated on Twitter that a Swiss biologist recently mentioned in Chinese media is unlikely to exist and has requested to remove such articles, which it considers to be "fake" news.

Articles with remarks from alleged Swiss biologist "Wilson Edwards" on the origins of Covid-19 and the World Health Organization's (WHO) independence were reported by Chinese state media outlets.

But the embassy said on Twitter: "Looking for Wilson Edwards, alleged Flag of Switzerland biologist, cited in press and social media in China over the last several days. If you exist, we would like to meet you! But it is more likely that this is fake news, and we call on the Chinese press and netizens to take down the posts."

"While we appreciate the attention on our country, the Embassy of Switzerland must, unfortunately, inform the Chinese public that this news is false," added the Swiss embassy.

Media outlets such as CGTN, Shanghai Daily and Global Times all published articles about the alleged Swiss scientist based on material from his Facebook page. Even though many of them have since removed any reference to the alleged biologist, the embassy pointed out that his social media account was barely two weeks old and had only three friends.

In the latest tweet, the embassy added that "it is likely that this Facebook account was not opened for social networking purposes" and noted that there was no record of a Swiss citizen named "Wilson Edwards" in the public records, as well as no academic articles using the name.

The embassy, in its social media post, also stated that while it assumes the article had been shared in good faith by the media and netizens, "we kindly ask that anyone having published this story take it down and publish a corrigendum".

According to a post by the Shanghai Daily's digital platform Shine, "A European biologist has come to the fore with a startling claim that a World Health Organization (WHO) advisory group on tracing the origins of pathogens including the virus responsible for the Covid-19 pandemic, would become a 'political tool'."

Shine, in its post, also claimed that according to the alleged Swiss expert, some of his fellow researchers were under "enormous pressure" and "intimidation" from the United States and some social media platforms "after they voiced support for the conclusions of the China-WHO joint study" on the novel coronavirus' origin in the Chinese city Wuhan.

"Edwards claimed that the US was seeking to discredit the qualifications of the scientists involved in the study" the post continued.

At the end of the Facebook post, Shine said while citing quotes from the Swiss biologist that "the US is so obsessed with attacking China on the origin-tracing issue that it is reluctant to open its eyes to the data and findings".

According to BBC, it noticed that "Wilson Edwards" is referred to as a biologist in Switzerland in an article published by the China Daily before changes were made. The article reads: "[Wilson Edwards] said on his Facebook account: 'As a biologist, I've witnessed in consternation over the past months how the origin-tracing of Covid-19 was politicized.'" However, now all references to Wilson Edwards were removed from the revised version.

He also pointed out the fact that the alleged biologist's Twitter account @WilsonE84957402, which was opened in July 2021, has followers, including a Chinese diplomat in Pakistan and a couple of what appear to be state media journalists.

As of now, the Twitter handle of the so-called Swiss expert has 45 followers and just three tweets.