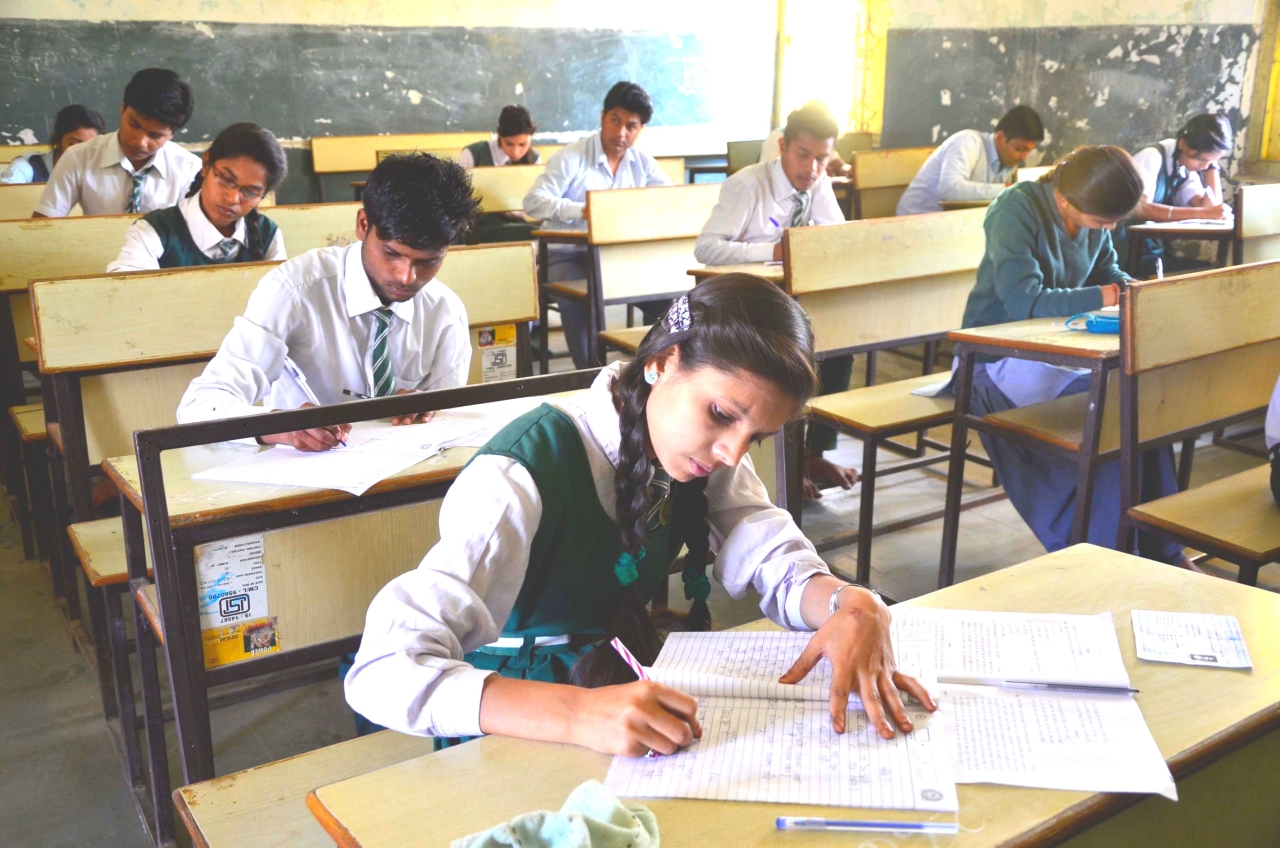 A cheating-free environment for the exams is being ensured by the government. (Mujeeb Faruqui/Hindustan Times via Getty Images)

Uttar Pradesh board examinations for high school and intermediate which started yesterday saw 2.39 lakh students skipping the first exam. The exam scheduled on the first day was Hindi.

According to a report on NDTV, which quoted IANS, "a total of 56 lakh students had registered for the board examinations in the state out of which 2,39,133 did not turn up to take the exam."

As per the report, the first examination was elementary Hindi for students of High School and general Hindi for Intermediate students.

Last year, as another NDTV report points out, nearly 20 per cent students who appeared for the Class X and Class XII examination for Hindi, failed.

The same report goes on to say: “Another 2.30 lakh students failed in the Class 12 subject of General Hindi, taking the total number of students who failed in Hindi to 9,97,948.”

Zee Business quoted UP Board secretary Neena Srivastava as saying that the number of students skipping the examinations could be higher, as reports from several districts had not come in.

In addition to this, she said, "last year, after the end of the first two days of examinations, only 40,392 students had skipped the papers. The figure included 20,674 students who did not turn up to write their paper on the first day in 2019."

In 2018, IBN reported that more than five lakh students did not appear for their board examinations on the first two days in the state.

This report from 2018 points out Srivastava saying: “due to strict vigilance they are not appearing for the exams. Copying cannot be allowed at any cost. Strict action will be taken against those found cheating and copying.”

The same report quotes Deputy Chief Minister Dinesh Sharma saying "I am not at all surprised with 2.39 lakh students skipping the examination on first day. What is satisfying is that the examination went off smoothly in all 75 districts and there was no major incident."

Reports point out that 34 examinees were caught using unfair means in the examination on the first day this year.

Get Swarajya in your inbox everyday. Subscribe here.
Tags:
110 Shares