'Inadvertent' Firing Of Missile Into Pakistan: Everything You Wanted To Know But Did Not Know Who To Ask 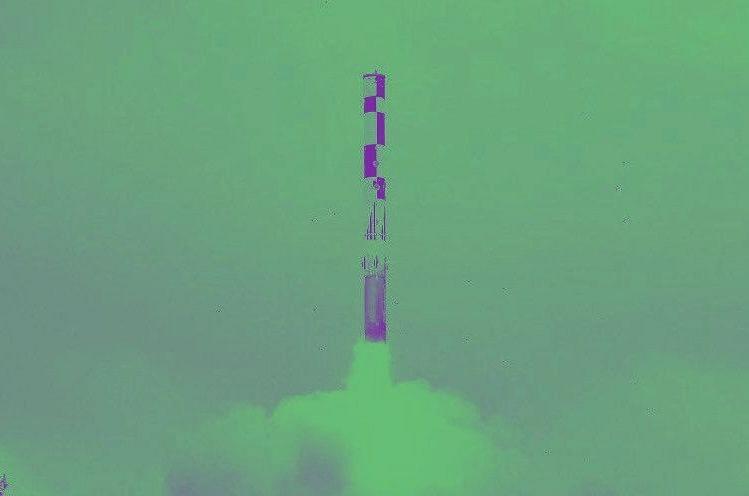 Last week, an Indian missile was accidentally fired during a routine maintenance and inspection drill from a base operated by the Indian Air Force. Minutes later, the missile landed in Pakistan's Punjab province, not very far from an air force base that India may want to target in a real war-like situation. The incident caused international embarrassment for India, but the two sides were able to diffuse it before it turned into a crisis. However, the details of how this was achieved are not very clear.

We try to answer some questions related to the incidents based on the information that is now available in the public domain.

1) Which missile was involved in this incident?

While the government has not named the missile, it is widely believed that it was a BrahMos supersonic cruise missile. An official confirmation is unlikely, even after the investigation into the incident concludes.

Pakistan too did not name the Indian missile that landed on its territory. It called it "a supersonic flying object" in its initial statement but said that it was "most probably a missile" that was "certainly unarmed".

2) Where was the missile launched from?

3) Did India inform Pakistan after the inadvertent launch?

Pakistan has said India had not informed it about the launch. True to his style, Pakistan's National Security Advisor has tweeted that New Delhi had not bothered to inform Islamabad regarding the launch.

While the Indian government and the Air Force are yet to speak on this officially, multiple media reports citing sources in the defence establishment had said that Pakistan had been informed about the inadvertent launch that took place on Wednesday (9 March) long before it made its first statement related to the incident late on Thursday (10 March), over 24 hours after the Indian missile landed in its territory.

Exactly when Pakistan was informed by India about the accidental launch of the missile and at what level remains unknown.

Bloomberg has reported that "India didn't use the direct hotline between the top army commanders on both sides to inform Pakistan". But this, experts say, does not mean India did not inform Pakistan as the message may have been sent through some other means.

4) Did the missile have self-destruct feature?

The government and the air force have not commented on this issue.

A report in the Times of India says, "conventional missiles like the BrahMos do not have "self-destruct mechanisms" like the ones on strategic or nuclear missiles like the Agni and Prithvi series of ballistic missiles."

5) Was the missile fired as part of a test?

Sources cited in a report published by ThePrint have dismissed Pakistan's claim that the missile veered off its flight path to Rajasthan's Mahajan Field Firing Range from Haryana's Sirsa. The report says it "followed the trajectory that it would have in case of a conflict, but "certain factors" played a role in ensuring that any pre-fed target was out of danger."

"Sources...also ruled out speculation about the launch being part of an actual firing test," the report says.

6) Was Pakistan able to track the missile?

Pakistan says its air defence systems picked up the missile when it was 104 km inside Indian territory at an altitude of 40,000 feet and tracked it throughout its 6.46-minute flight. Sharing the details of the trajectory, it said the missile initially travelled south-west for about 70-80km and then took a right turn to head north-west towards Pakistan. According to Pakistan, the missile covered a distance of around 124 km in 3.44 minutes in its airspace before falling near Mian Channu.

Source-based reports in the Indian media have refuted Pakistan's claims. ThePrint, for example, cites sources saying Pakistan was unable to track the launch of the missile. The source quoted in the portal's report says that the missile's trajectory shown by Pakistan is wrong and claimed that Pakistan's air defence did not work against the missile.

The fact that it took Pakistan over 24 hours to launch its first public protest against the incident lends credence to these claims. However, Pakistanis experts argue that Rawalpindi's priority was to investigate and defuse the crisis, which delayed the public statement.

7) Why was Pakistan unable to shoot down the missile?

Experts say it could be due to one of these two reasons:

One, Pakistan was unable to detect or track the missile.

Two, unlike in times of crisis, Pakistan's air defence systems were not on hair-trigger alert when the missile entered its airspace.

8) Did Pakistan plan a retaliatory strike?

A report in Bloomberg says the incident "prompted Pakistan to prepare a retaliatory strike," but Rawalpindi decided against it as "an initial assessment indicated something was amiss".

This report has been dismissed by many in India, who argue that a retaliatory strike, if it was to happen, would have been launched within minutes after the Indian missile landed on Pakistani soil.

Pakistan was either unable to detect the missile or did not plan to launch a retaliatory strike on India, they argue, adding that the other reason behind Pakistan's restrained behaviour could be a prompt message from India about the inadvertent launch of the missile.

9) Did human error lead to the incident?

Exactly what led to the "inadvertent relase" of the missile is not known. In his statement in the Lok Sabha on Tuesday (15 March), Defence Minister Rajnath Singh said that the government had ordered a review of the "Standard Operation Procedures for operations, maintinanace and inspections". Based on this, some experts have concluded that the accident could be a result of human error.