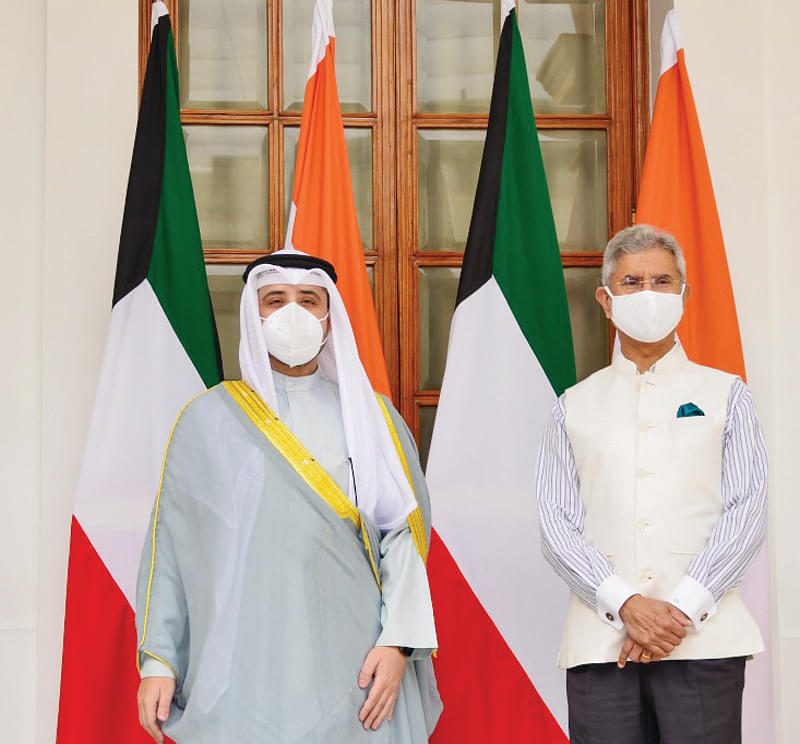 In a big thrust to bilateral ties between India and Kuwait, the two countries on Thursday (18 March) established a joint commission as External Affairs Minister Dr S Jaishankar and his visiting Kuwaiti counterpart Ahmed Nasser Al-Mohammad Al-Sabah reviewed all the aspects of the relationship.

The commission will act as an umbrella for all bilateral institutional engagements such as Foreign Office Consultations and Joint Working Groups (JWGs).

As per a statement issued by the Union Ministry of External Affairs, the two leaders also discussed regional developments during the meeting and explored ways and means to impart further dynamism in the traditional and friendly ties between the two countries.

The Joint Commission will be charged with formulating the required basis to strengthen the relations between the two countries, particularly in the fields of - Energy, Trade, Economy, Investment, Human Resources, Manpower and Labour, Finance, Skills, Culture, Science & Technology, Information Technology, Health, Education, Defense and Security. The Joint Commission will also review Agreements concluded between the two countries and find suitable solutions for any issues in their implementation, it said.

During the meeting, Dr Jaishankar is said to have pushed for greater investments from Kuwait in areas ranging from energy, infrastructure, food security, healthcare and education, reports Livemint.