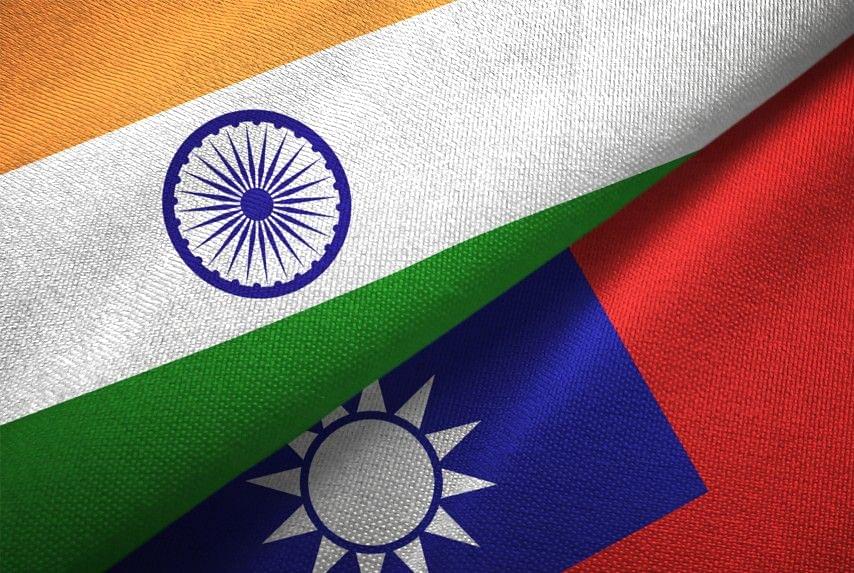 Flags of India and Taiwan.

Taiwan, which the Chinese Communist Party (CCP) sees as a breakaway province, has official diplomatic ties with only 15 countries.

The CCP has used coercion and aid to coax countries away from Taiwan. Its campaign to squeeze Taiwan’s diplomatic space has succeeded on many occasions. In 2019, China managed to get the Pacific island nation of Kiribati to break ties with Taiwan by promising economic assistance. Taiwan has lost at least seven allies since 2016.

China’s poaching of Taiwan’s allies has continued even as the world fights the Covid-19 pandemic. Apart from coercion and offers of economic aid, the CCP has been using ‘vaccine diplomacy’ to get Taiwan’s allies to ditch the island in favour of China.

But recently, the CCP’s scheme to use access to Covid-19 vaccine as a tool to poach Taiwan’s allies ran aground in Paraguay, thanks to India.

Last month, Taiwan had revealed that it would help Paraguay, one of a handful of countries that recognise it as a sovereign nation, to get Covid-19 vaccine. This was prompted by China’s aggressive behind-the-scene effort to get the landlocked South American country to break ties with Taiwan to get access to the Chinese vaccine.

The government of Paraguay was under intense domestic pressure as protests and violent demonstrations broke out in different parts of the country against the government's response to the Covid-19 pandemic.

But Paraguay refused to fall in line saying “the distressing humanitarian situation” should not be used “to pursue a political or economic aim.”

Taiwan Foreign Minister Joseph Wu said China was “flexing its muscles” in South and Central America, actively pushing countries to break ties with Taiwan and switch to China for a few million doses of Covid-19 vaccine.

Five of the 15 countries which have official ties with Taiwan in South and Central America. If the CCP succeeded in getting Paraguay to break relations with Taiwan for vaccines, others could have followed the same path.

But for now, this situation has been averted with assistance from New Delhi.

Over 100,000 doses of Covaxin, produced by Bharat Biotech, have already been sent to Paraguay, and another 100,000 will be dispatched soon.

Never too far for friendship.
Made in India vaccines arrive in Paraguay.#VaccineMaitri pic.twitter.com/UxdbKlqwAN

India does not have official diplomatic relations with Taiwan but the two countries maintain close ties through unofficial channels. In a significant development last week, the External Affairs Ministry tested China’s sensitivity on Taiwan with a tweet expressing sympathy after a serious railway accident on the island.

China’s coercive ‘vaccine diplomacy’ is unlikely to succeed in other pars of the world as the Quad — the US, India, Australia and Japan — have decided to come together to produce a billion doses of vaccine for countries struggling to control Covid-19.

Under this plan, the Quad will leverage India’s vaccine production capacity to produce doses using economic assistance from Japan and the US. These vaccines will then be delivered to different countries with Australia leading the massive logistics effort.