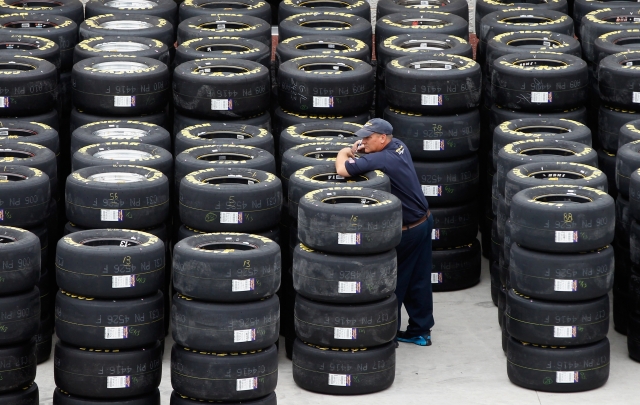 On 12 June, the Directorate-General of Foreign Trade (DGFT) issued a notification putting imports of tyres — for cars, trucks and heavy vehicles — under the restricted list from the free list to curb their shipments into India.

Placing tyre imports under restricted list means that importers will have to get each consignment of tyres cleared by the DGFT rather than importing them without any cap till now.

According to sources, putting a commodity or an item in the restricted list would mean that the government has tightened their imports into the country.

Early this year, the Narendra Modi government put import of refined palm oils under the restricted list to help the indigenous edible oil units and solvent industries to fully utilise their capacity.

The move to put import of tyres in the restricted list will benefit a slew of manufacturing industries starting from tyre manufacturers to producers of raw materials such as carbon black, synthetic rubber, nylon cord, and steel cord makers.

India produces nearly 9 lakh tonnes of natural rubber with the tyre industry consuming 68 per cent of the total consumption in the country. Nearly 40 per cent of the domestic demand is met through imports.

There are totally 41 tyre manufacturers in India, including some from abroad, and they run a total of 62 units across the country. The industry’s annual turnover is $9 billion (Rs 63,000 crore) with exports making up a fifth of it ($1.8 billion).

India produces over 190 million tyres annually with the production dropping during 2019-2020 fiscal due to drop in automobile sales.

Of the 190 million tyres, car tyres make up 42.5 million, while truck and bus tyres count for 20.5 million and light commercial vehicle tyres another 12.3 million. Two-wheeler tyres contribute over 100 million.

Indian tyre industry is well equipped to meet any amount of demand in the domestic market and has not been undermined by imports to the tune of Rs 3,000 crore every year. Import duty for truck and car tyres is 15 to 15.5 per cent.

The restrictions come at a time when the domestic tyre industry has been expanding. Recently, Apollo Tyres set up it units in Tamil Nadu and Telangana, while JK Tyres and Michelin have set up their units in Tamil Nadu. Maxxis Tyres has set up a manufacturing unit in Gujarat.

These imports are taking place under the Asia Pacific Trading or the Bangkok Agreement from China and South Korea. Under this agreement, tyres are imported at a rate that is 20 per cent lower than the import duty fixed by the government.

Tyres are imported from Thailand at a customs duty that is half than the existing levy in India due to the (Association of South East Asian Nations) ASEAN Free Trade Agreement (FTA).

According to industry sources, at least 95 per cent of the tyres imported into the country come through these two routes.

On the raw material front, synthetic rubber manufacturers such as Indian Oil Corporation (IOC) and Reliance Industries will stand to gain as their production will be lapped up by the tyre manufacturers to meet the additional demand that will rise in view of the import curbs.

The move to put tyre imports in the restricted list also comes at a time when tyre manufacturers had been denied benefits under any trade agreement to import natural rubber under concessional duty.

The curb on tyre imports could, particularly, affect China more than other countries.