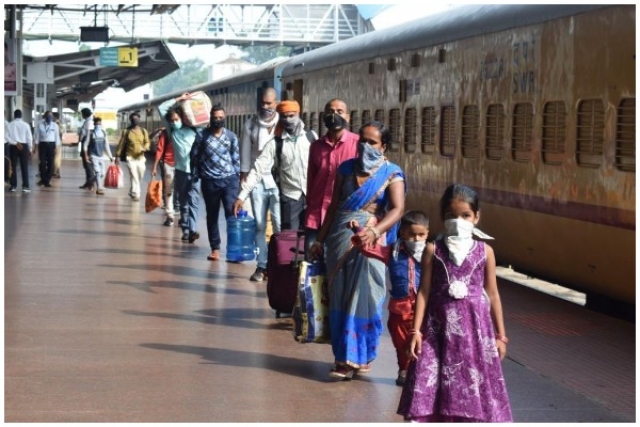 Anticipating a passenger rush during the upcoming festive season, Indian Railways has decided to introduce about 100 Puja Special trains for Kolkata, Patna, Varanasi and Lucknow among other destinations from 20 October to cater to the growing demand in the ensuing holiday period of Dussehra, Diwali and Chhatt puja.

Till now, the Railways has pressed into service a total of 516 mail/express trains and with 100 more Puja Specials from the third week of October, the number of passenger service operations would be more than 600.

However, the Puja Specials are slated to run till 30 November, said a senior Railway Ministry official.

While the Durga Puja would start from 22 October with Dussehra on 25 October, Diwali would be celebrated on 14 November and Chhat on 20 November.

"Every year we run Puja Specials to clear festive rush during the October-November period. Though this time, the festival would be celebrated in a low key manner keeping the Covid-19 situation in mind, people are expected to visit their native places during the festival. So we have to provide the service to clear the festive rush," said the official.

Generally, Bihar, Uttar Pradesh and Bengal bound trains are in demand during the festive season.

According to Railways, some Shatabdi trains are also expected to be operational during this time to help passengers reach their towns to celebrate puja.

"We will announce the total list of of Puja Specials with their schedule timings shortly as all zones are in the process of sending their requirements," said the official.

Special trains are also expected to be operational for Christmas and year-end celebrations during the December-January period.

While Railways has gone full-throttle for freight services, passenger-carrying trains are being operational on a limited scale keeping the Covid pandemic situation in mind.