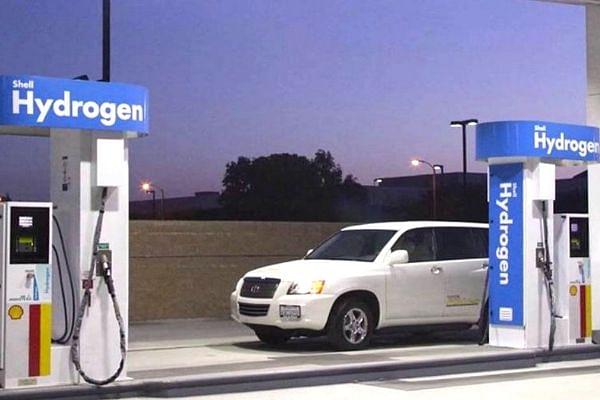 A team of Indian researchers have come up with an innovative hydrogen manufacture route which increases its production three times and lowers the energy required, paving the path towards environment-friendly hydrogen fuel at a lower cost.

The development gains significance as use of Hydrogen as fuel can play a critical role in driving India towards a green and sustainable economy.

In addition to having about 3-fold higher calorific value compared to non-renewable energy sources such as coal and gasoline, the combustion of hydrogen to release energy produces water and is thus completely non-polluting, the Ministry of Science and Technology said on Wednesday (4 August).

Due to the extremely low abundance of molecular hydrogen in the earth’s atmosphere (350 parts per billion by volume), electric-field driven breakdown of water is an attractive route for production of hydrogen.

However, such electrolysis requires high energy input and is associated with slow rate of hydrogen production. The use of expensive platinum- and iridium-based catalysts also discourages it for wide-spread commercialisation.

Therefore, the transition to ‘green-hydrogen-economy’ demands approaches that lower the energy cost and material cost and simultaneously improve the hydrogen production rate, the ministry said.

A team of researchers from IIT Bombay led by Professor C Subramaniam has come up with an innovative route that provides viable solutions to all these challenges. It involves electrolysis of water in the presence of an external magnetic field.

In this method, the same system that produces 1 ml of hydrogen gas required 19 per cent lower energy to produce 3 ml of hydrogen in the same time. This is achieved by synergistically coupling the electric and magnetic fields at the catalytic site, the ministry said.

The simple approach also provides the capability to retrofit any existing electrolyser (that uses electricity to break water into hydrogen and oxygen) with external magnets without drastic change in the design, leading to increased energy efficiency of H2 production.

This proof-of-concept demonstration for producing hydrogen has been published in ACS Sustainable Chemistry & Engineering.

The electrocatalytic material -- cobalt-oxide nanocubes that are dispersed over hard-carbon based nanostructured carbon florets, is of prime importance to achieve this effect and was developed with the support of the ministry’s Material for Energy Storage program at Technology Mission Division. It was put to use for magneto-electrocatalysis through the DST-SERB grant.

The interface between the carbon and cobalt oxide is key to magneto-electrocatalysis. It is advantageous as it forms a system that does not require the constant presence of the external magnetic field and is able to sustain the magnetisation for prolonged time periods; the magnitude of the enhancements achieved (650 per cent increase in current density, 19 per cent lowering of energy required and a 3-fold increase in volumetric hydrogen production rate) is unparalleled, the intermittent magnetic field required is similar to what a fridge magnet can provide.

This route can be directly adopted in existing electrolysers without any change in design or mode of operation and one-time exposure of magnetic field for 10 minutes is enough to achieve the high rate of hydrogen production for over 45 minutes.

“The intermittent use of an external magnetic field provides a new direction for achieving energy-efficient hydrogen generation. Other catalysts can also be explored for this purpose,” said Prof Subramaniam.

“A basic electrolyser cell of 0.5 nm3/h capacity can be immediately upgraded to a 1.5 nm3/h capacity by replacing the catalysts and supplying the magnetic field”, added Jayeeta Saha and Ranadeb Ball, part of the team.

Having shown that the method is not very complicated either, the team is now working with an industrial partner to increase the TRL level and ensure its successful commercialization.

“Given the importance of hydrogen-based economy, we aim to implement the project in a mission-mode and realise an indigenous magneto-electrolytic hydrogen generator,” said Professor Subramaniam.

If their efforts are successful, we might be looking at an environmentally friendly fuel, hydrogen, replacing petroleum, diesel, and compressed natural gas (CNG) in the future, he added.