India’s Ambitious Intelligence Project NATGRID To Be Operational Soon: Here’s How It Will Help In Fight Against Terror 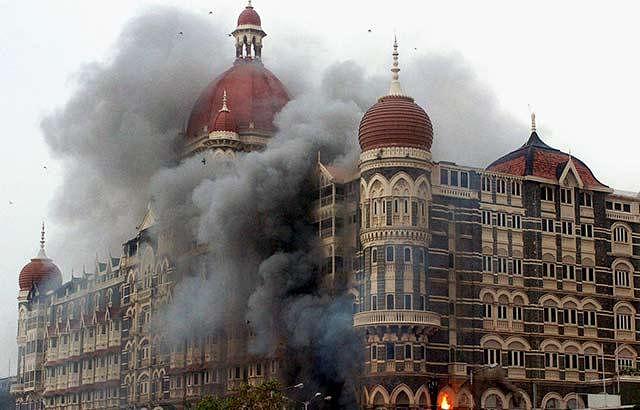 On Tuesday (19 November 2019), Minister of State for Home G Kishan Reddy informed the Lok Sabha that National Intelligence Grid (NATGRID) project will be operational by 31 December 2020.

“NATGRID has developed application software for proof of technology (POT) which is yet to be fully rolled out. NATGRID solution is planned to go live by 31.12.2020,” he was quoted as saying by The Hindu.

Reddy said that the progress of the project is reviewed from time to time at the appropriate level. Home Minister Amit Shah had reviewed it in September. He clarified that while the physical infrastructure will be completed by March next year, the IT solutions will be functional by December.

NATGRID, as the name suggests, is an integrated intelligence-sharing platform. It will connect the databases of core security agencies of the Government of India to collect comprehensive intelligence, which will be readily accessible to different agencies.

The data collected, among other things, will consist of tax and bank account details, credit card transactions, visa and immigration records and itineraries of rail and air travel.

Last year, the government also gave the power to several agencies - including many of the above - to conduct surveillance. After an uproar over violation of privacy rights, the government clarified that it was acting under the 2019 Rules under Information Technology Act and the agencies would still need approval from a competent authority, usually the Union Home Secretary.

NATGRID is especially important in the face of rising Islamist radicalisation and terrorism - the lone-wolf kind, which is hard to predict.

The pooled data of various organisations and services in the country will help in identifying, capturing and prosecuting the terrorists and help foil terror plots.

Previous several instances had made clear the shortcomings in the intelligence infrastructure of the country. For example, in the Kargil War, the intelligence agencies were criticised for failing to predict the intrusions or the identity/number of infiltrators during the war.

In the aftermath of the war, Subrahmanyam committee was set up by the Atal Bihari Vajpayee government to inquire into the intelligence failures. The report led to a large-scale restructuring of Indian Intelligence.

Another shock came as the 2008 Mumbai attacks. The Indian intelligence agencies were criticised for not being able to preempt the attacks.

In 2013, Edward Snowden revealed that the Central Intelligence Agency (CIA) had intercepted communications between the Lashkar boat and the LeT headquarters in Pakistan-administered Kashmir and passed the alert on to RAW on 18 November, eight days before the attacks.

To plan the attacks, David Headley had visited India several times and done a recce of the target locations. Despite multiple visits, and going back to America through Pakistan and West Asia, Indian intelligence couldn’t see a pattern to his visits.

With NATGRID, organised and integrated data would have revealed the pattern in his unusual travel itineraries and trips to the country, flagging suspicion.

It was after the 2008 attacks that the need of an overhaul in security structure acquired urgency. India’s Cabinet Committee on Security approved the formation of NATGRID in 2011, three years after the attacks.

In a 2011 interview to Wall Street Journal, the then chief of NATGRID Raghu Raman had clarified that NATGRID is only the technical interface for intelligence agencies and not an organisation in itself.

“If the agency initiating the inquiry is not authorised to get the particular information, it cannot get it,” he said.

In short, NATGRID will seek to automate the current process and make it more efficient without changing any underlying authority or protocols.

Raman stated that around 11 structural and procedural safeguards and oversight mechanisms were incorporated into NATGRID to protect the system against misuse.

“These include extremely robust governance processes, backed by strong information protection technology and external audits. Special and elaborate mechanisms have also been put in place to prevent any leakage or misuse of the system. Security and intelligence agencies will not be able to use the NATGRID system to access information for any purpose other than that of countering terror,” he said.

The popular pressure on the issue of Islamist radicalisation as well as terrorism is high, therefore, the governments are also keen to not be seen as complacent, weak or negligent in this regard.

National security has been a major plank of the ruling Bharatiya Janata Party government in showcasing strength.

The open calling of “Jihad” against India and other such comments by the Pakistan prime minister Imran Khan have also caused caution that Pakistan is putting its full effort to sponsor attacks in India.

The government also recently amended Unlawful Activities Prevention Act to make it more strict. Now, not only the organisations but individual persons can also be named as terrorists under the act.

In the past years, National Investigation Agency has made several raids and caught several budding terrorists planning to carry out terror-attacks. The security situation also continues to be sensitive on account of the abrogation of Article 370.

In these circumstances, it is important to remember that a chain is as strong as its weakest link. Intelligence gathering is the first step, and has to be followed by action of the ground forces. In this scenario, proper physical infrastructure, training, weapons, and other facilities should be made available for the security personnel.

The use of technology wouldn’t only result in more efficient processes, but also less reliance on brute-force methods like third-degrees for security personnel. The data collected can help the security agencies to be more precise in their actions and act as evidence in the court of law when the guilty are prosecuted.

More attention should also be paid to use technology in counter-radicalisation. A look at the infamous terrorists shows a pattern of behaviour exhibited by them - less socialisation, being distant from previous friends and family, expression of extreme views in certain public platforms, following and propagating preaching of extremist leaders - before becoming a full-fledged terrorist.

Therefore, on one hand, the political class will have to show strength in curbing the spread of extremist propaganda at the source, and on the other, provide necessary counselling and support to victims of these propaganda.

The victims of radicalisation who are re-integrated into the society should be encouraged to speak up about their experience, and what led them into the trap of radicalism.

This broad-based conversation would not only generate sympathy for these victims and encourage people to treat them humanly, but also reveal the huge infrastructure that uses religion, religious teachers and schools to instil hatred against other groups.

The security infrastructure acts on the principle of preventing bad people from doing bad things, while the reality of terrorism is that even good people are tricked into doing bad things.

A look at the Indians who left for fighting the cause of Islamic State shows that these were middle class, well-educated youths with white collar jobs and no prior criminal record.

It is high-time that we stop missing the wood for the trees and directly confront the sources of extremism and ideas propagated by them.