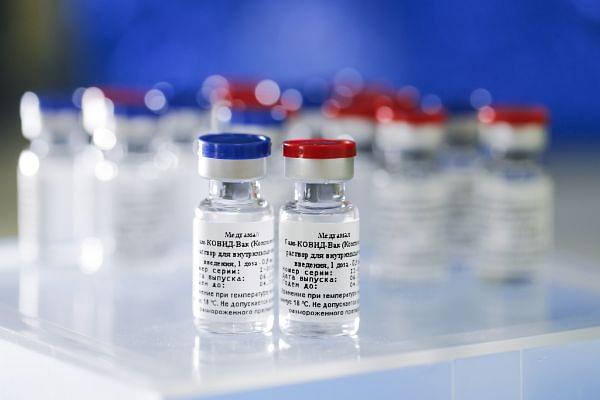 Russian Direct Investment Fund (RDIF) and the New Delhi-based pharmacy company Morepen Laboratories announced in a statement on 6 July that production of the test batch of Russia's Sputnik V Covid-19 vaccine has begun in Himachal Pradesh as part of efforts to enhance its availability in India. They also stated that for quality control, the first batch would be sent to the developers, Gamaleya Research Institute of Epidemiology and Microbiology, in Moscow.

In June 2021, RDIF and Morepen Laboratories signed a partnership agreement and are actively conducting the technology transfer, according to the statement. Kirill Dmitriev, who is the chief executive officer of RDIF, said: "As the pandemic is yet far from over and new, more dangerous variants of coronavirus are being detected in various regions of the world, RDIF is increasing capacities for the production of Sputnik V in India, one of the key hubs".

This is the third Covid-19 vaccine to be granted an emergency use authorization in India on 12 April this year after Bharat Biotech's Covaxin and Serum Institute of India's Indian version of Oxford-AstraZeneca vaccine, called Covishield. However, another Covid-19 vaccine, developed by the American pharmaceutical company Moderna, is the fourth jab to be approved for limited emergency use in India.

RDIF has struck partnerships with several Indian pharmaceutical companies such as Gland Pharma, Hetero Biopharma, Panacea Biotec, Stelis Biopharma and Virchow Biotech for the production of the Covid-19 vaccine locally, making India the primary production hub for Sputnik V jab. In total, agreements with Indian partners call for the manufacture of around 850 million Sputnik V doses each year. Dmitriev said that more Sputnik V would be available due to the agreement with Morepen Laboratories, allowing both India and other partners globally to speed up the vaccination "with one of the best vaccines in the world".

Morepen Laboratories Chairman and MD Sushil Suri said: "We are delighted to partner with RDIF for the prestigious project of Sputnik V production in India. This would be our privilege to work jointly on expanding the production base in India". Additionally, Suri said that they see this agreement as the beginning of a long-term relationship with RDIF and its partner companies, with many more areas of mutual interest to come. Morepen's commitment to this effort is a step ahead in the company's plans to enter the biosimilars and other biologics markets, he added.

As of now, the Russian vaccine has been registered in more than 60 countries with a total population of about 3.5 billion people. Sputnik V is one of the safest and most effective coronavirus vaccines, according to data acquired by several regulators in Argentina, Serbia, Bahrain, Hungary and Mexico.

According to the official website of Sputnik V, this vaccine is one of those jabs in the world with an efficacy of more than 90 per cent. It can be stored at a temperature of 2 to 8 degrees Celsius, which allows for easy distribution worldwide, including hard-to-reach regions. However, as per the website, apart from India, RDIF's foreign partners in Brazil, China, South Korea, and other countries will generate vaccine supplies for the worldwide market.