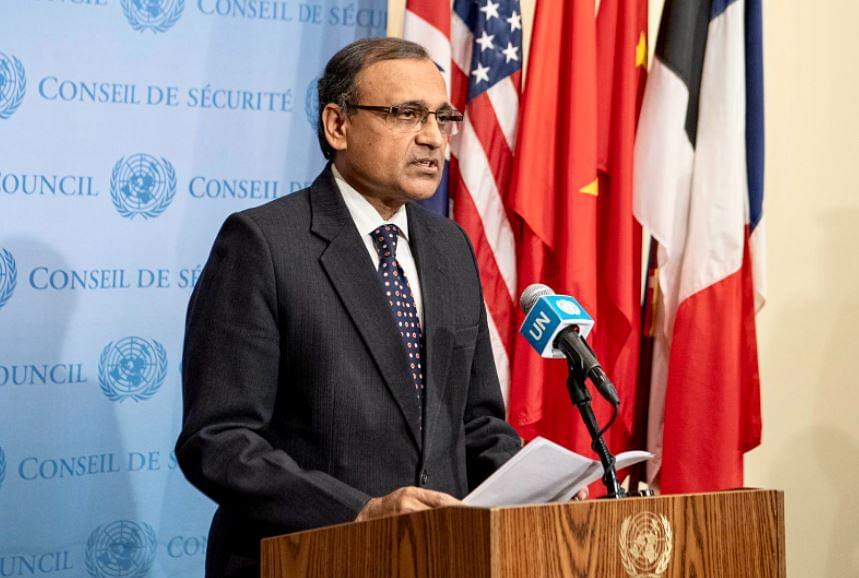 India's Ambassador to United Nations (UN) T S Tirumurti today (2 August) outlined the issues that India will focus on as it assumes the rotating presidency of the United Nations Security Council (UNSC). As the chair, starting today, India has the power to decide the agenda for the month of August.

It will also coordinate important meetings and other related issues. India was elected as a non-permanent member of the UNSC for a two-year period starting 1 January 2021.

Tirumurti, who will be representing India at the council, said that India intends to keep the focus on Islamic State terror activities, and the report of Secretary-General on the matter. He said, India has "provided the much-needed balance in the deliberations within the council" and "our inputs have naturally been of great value".

"We bring with us the expectations of the developing world that we will be their voice in the security council both as a co-developing country as well as an emerging economy," he said.

"We of course have our own priority as well," he added. Tirumurti listed the following issues that will be India's priority:

He said that India will be focusing on three major areas — maritime security, peacekeeping, and counter-terrorism. "We plan to highlight these 3 themes through the 3 signature events which we will hold during our presidency," he said.

Tirumurti said that India has consistently kept the spotlight on combating terrorism, both inside and outside the council. He said that the issue was a national priority for India.

"In the recent discussions on the global counter-terrorism strategy which we just adopted has not only strengthened the efforts to combat terrorism, for example in the financing of terrorism and the use of new technology like artificial intelligence, drones, etc."

"We have also prevented efforts to dilute the focus on terrorism or to provide justification for terror for example."

He also said that India will take over the chair of the counter-terrorism committee of the council next year. "We will also hold a signature event during our presidency in the context of the secretary general's report on ISIL and Daesh. So we are focusing on terrorism in the security council and outside and we will keep the focus and we will keep the pressure on this," he added.

On the issue of UNSC reforms, Tirumurti said that an overwhelming number of UN member states supported the reform and "procrastination is no more an option". "So an immediate and time-bound text-based negotiation is essential. A transparent, inclusive, and result-oriented process is essential," he said.

On the issue of peacekeeping, the Ambassador said, "in the larger context of peacekeeping, we will be focusing on how to ensure the safety of peacekeepers, especially by using better technology and how to bring perpetrators of crime against peacekeepers to justice. We are strongly advocating proactive measures to protect the protectors."

Tirumurti also said that India had been a net provider of maritime security particularly in the Indian Ocean region.

"Consequently, we believe it is time for the security council to take a holistic approach with the issue of Maritime Security, that safeguard's common prosperity and other security aspects. The security council has passed resolutions on different aspects of maritime security and maritime crime. But we feel its time all these are brought together and discussed in a holistic manner."