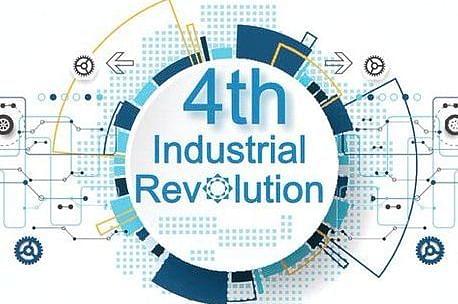 Recently, a pilot project was launched to usher in ‘Industry 4.0’ in India under the aegis of ‘Technology Mission for Indian Railways’.

The Ministry of Railways, Department of Science and Technology, and IIT Kanpur joined hands together to implement the project at the Modern Coach Factory (MCF), Raebareli in Uttar Pradesh.

In his address at the Howdy Modi event in United States on 22 September, Prime Minister Modi had highlighted the importance of ‘Industry 4.0’ for India as well as the global economy.

While both the terms are used interchangeably, Industry 4.0 is a subset of the fourth industrial revolution. Former concerns the impact latter has on the industry.

The world has witnessed three industrial revolutions in the past.

The first one occurred at the end of 18th century and the beginning of 19th century. It was characterised by mechanisation of simple manual tasks. Steam-powered engines, spinning jenny are the products of this wave.

The second wave marked the early decades of 20th century and is characterised by introduction of steel and use of electricity in factories. While the first revolution had seen mechanisation of manual tasks, the second one saw increase in efficiency as well as mobility of factory machinery.

It was during the second industrial revolution that the concepts of mass production like assembly line emerged in a bid to boost productivity. Previously, small machines were an extension of the worker, now the worker was an appendage of the large machines.

The third industrial revolution started by 1950s. The definitive feature of this revolution is incorporation of more electronic—and eventually computer—technology in the production process. A shift towards digital technology and automation software and away from analog and mechanical technology was observed.

According to Schwab, the fourth industrial revolution will be characterised by “convergence of digital, biological, and physical innovations, rapidly changing the way humans create, exchange, and distribute value”.

Industry 4.0 will be characterised by ‘smart factories’. These factories will use automation and data exchange in manufacturing. The production processes will include cyber-physical systems, the internet of things, cloud computing, machine learning and artificial intelligence.

In simple terms, a smart factory will have the capability to operate with high efficiency and minimal human interference due to digitisation of processes, from design to delivery.

This property of the cyber-physical system enables them to take most decisions on their own, minimising the number of tasks delegated to a higher level. This leads to a ‘decentralised’ decision-making process.

Over the internet-of-things, these systems will communicate with each other as well as humans in real time across different organisations and stakeholders.

A smart factory will have the capacity to collate and analyse large amount of information from various sources quickly to enable informed decision-making.

Data of all points in the manufacturing process will show key areas that are performing well and others that need improvement. This will ensure that the resources are put to the best utilisation measured by the Overall Equipment Effectiveness (OEE).

A smart factory will also provide physical help to humans by replacing them with machines in unpleasant or unsafe tasks.

To be sure, this is more of a destination picture than a concrete architecture of the smart factory Indian Railways aims to build at Raebareli.

The pilot project in MCF Raebareli will have to start from conceptualising a concrete architecture, followed by a road map, and then gradually including all the aspects of production process- inspection, machining, welding, measurement etc- under Industry 4.0.