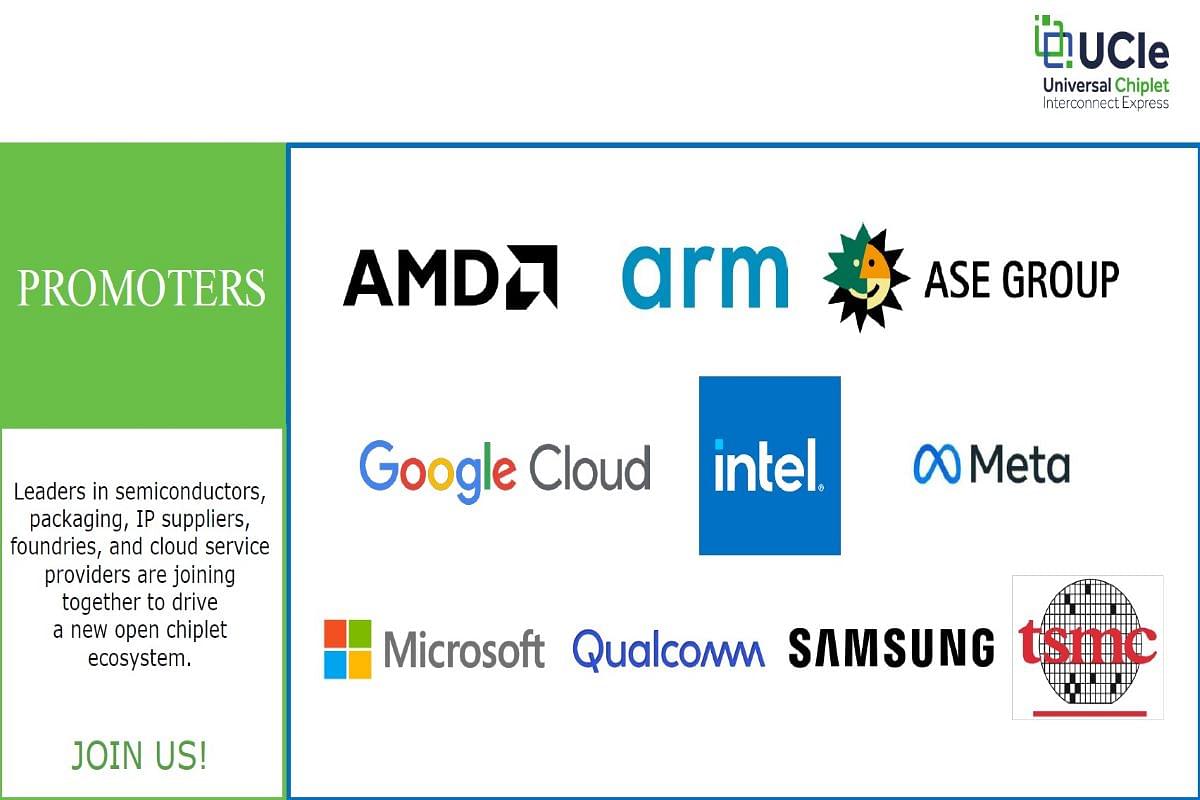 The new UCIe consortium aims to standardise die-to-die interconnection between chiplets, which are blocks of interconnected circuits found in modern chips. (An individual chip is called a die before its is packaged). This will enable end users to mix- match chiplet components and build customized systems-on-a-chip (SoC) using parts from different vendors.

So what is the driving force behind the world's three biggest chipmakers, along with several other leading tech companies deciding to form a consortium and collaborate.?

To understand the context, let us start with what may be a more familiar term - the motherboard found inside, say a personal computer.

The motherboard is the central board that hosts and connects together various detachable and replaceable child components including integrated circuits commonly known as chips. Each of these chips may serve a variety of purposes, for example, the central processing unit (CPU), Graphical Processing Unit (GPU), primary or secondary memory units, signal processing related RF/Analog/mixed-signal chips, input/output interfaces, and so on.

In contrast, a SoC integrates most or all of these into a single 'unit'. SoCs are typically used for mobile computing (smartphones, tablets etc), embedded systems and in applications where previously microcontrollers would be used.

Samsung's Exynos used in its Galaxy series of smartphones, Qualcomm's Snapdragon used in smartphones of various brands as well as Apple's M1 used in its Macintosh desktops are good examples. Below is a table that shows some more examples.

There were however some challenges in future roadmaps in making the SoCs as a single chip - i.e as a monolithic IC.

2) Not all elements of an SoC need to be manufactured using the most advanced process node. Analog chips for example need mature node processes.

As this piece in Next Platform notes, every compute and networking chip vendor is looking at 2D, 2.5D, and 3D chiplet architectures as they snap their chips into pieces to make them more manufacturable at an economic cost as Moore’s Law slows down.

A white paper titled 'Chiplets - Taking SoC Design Where no Monolithic IC has Gone Before' (published in April 2019) noted that in the earlier days of MCM design, engineers used ad hoc approaches for die-to-die interconnect.

"The connections between and among die in an MCM conformed to no industry standards, because such standards did not exist (and still do not). For chiplet-based design to take off, ad hoc connections cannot be the norm. Standards are needed just as they were for computer peripherals (RS-232, GPIB, SCSI, PCIe, etc.) and for networking (Ethernet)." the paper observed.

That standardisation is what the UCIe consortium hopes to achieve.

"Taking significant inspiration from the very successful PCI-Express playbook, with UCIe the involved firms are creating a standard for connecting chiplets, with the goal of having a single set of standards that not only simplify the process for all involved, but lead the way towards full interoperability between chiplets from different manufacturers, allowing chips to mix-and-match chiplets as chip makers see fit." a post in Anandtech wrote summarising the standardization move.

It further states that "The specification covers the physical layer, laying out the electrical signaling standards that chiplets will use to talk to each other, as well as the number of physical lanes and the supported bump pitches. And the specification covers the protocol layer, defining the higher-level protocols overlaid on those signals to make sense of everything and to provide the necessary feature set" (Note: bumps refer to solder bumps that are done at the end of IC fabrication and pitch is the distance between 2 bumps)

Also note that "What the specification doesn’t cover, however, is the packaging/bridging technology used to provide the physical link between chiplets. UCIe is bridge-agnostic; chiplets can be linked via fanout bridge, silicon interposers, EMIB, or even just a plain old organic substrate in the case of lower bandwidth devices"

In a scenario where packaging techniques are becoming more and more important to sustain scaling and performance advancements, key players coming together as a consortium to agree upon standards is surely encouraging.

In an exclusive interview given to Swarajya, Raja Manickam, the CEO of Tata electronics division for Outsorced Semiconductor Assembly and Testing (OSAT) said that the Advanced Packaging or Heterogenous Packaging is now at an "inflection point"