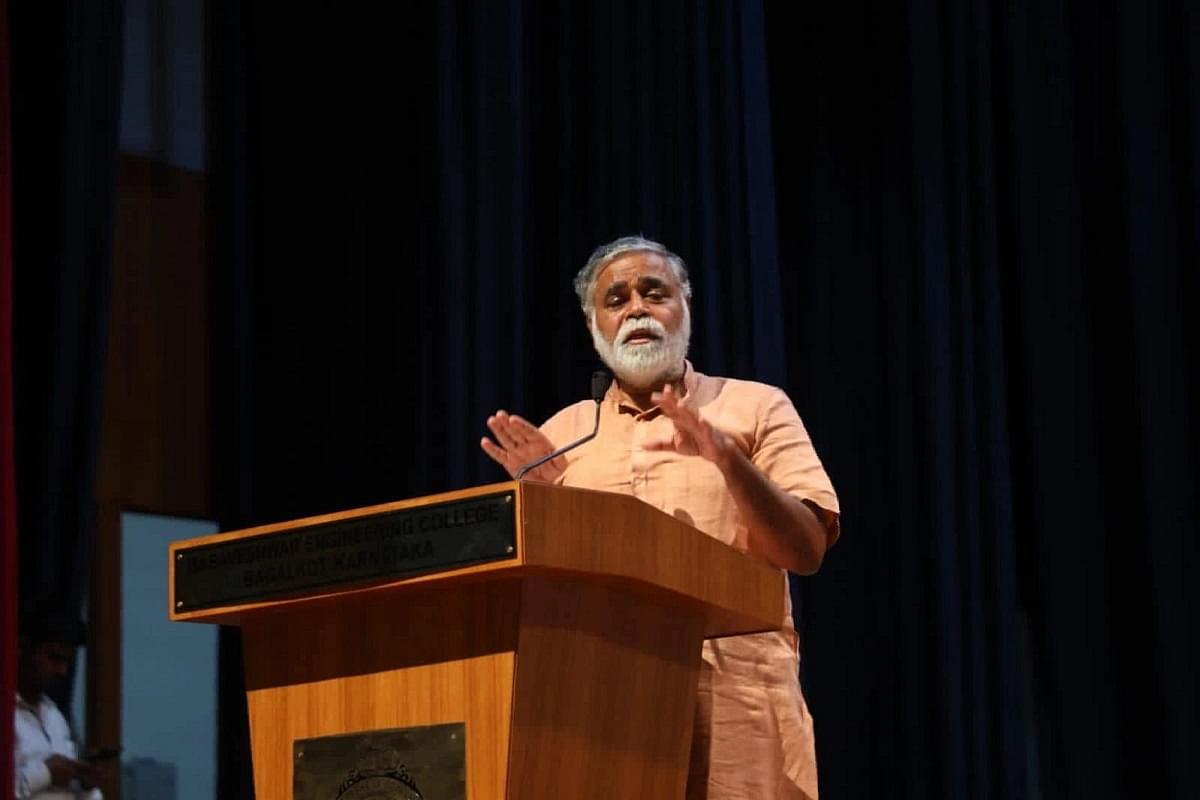 Karnataka’s school textbook revision process is once again in the news with the inclusion of the speech of Rashtriya Swayamsevak Sangh (RSS) founder Dr Keshav Baliram Hedgewar in the Class X syllabus.

While opposition parties and some student rights organisations have raised their voice against the inclusion of a ‘right wing’ ideologue, the government defended its stand and said there was no question of altering it.

Minister for Primary and Secondary Education B C Nagesh said there was no question of withdrawing the speech. On the controversy that it has generated, Nagesh clarified to the media saying, “we have not included anything about Hedgewar, only one of his public speeches. And in that speech he asks what should a person take as an inspiration. Since an individual is never all encompassing, one should take an ideology or principle as inspiration is what the speech says. And thus we have included this thought that the nation is above the individual. Nowhere is there anything about the person or RSS in the textbook. Those commenting on its inclusion are the ones who haven't even seen the textbook”.

Responding to accusations of ‘saffronisation’ of the curriculum, Nagesh has asked those making such claims to first explain what saffronisation entails. “We have included just one public speech of a person who has inspired crores of Indians to serve the nation and infused nationalism in them, and completely dedicated his life for the nation. His speech simply dwells on ’who should be a real role model’ and hence we are willing to debate if people have an objection to the content of the speech,” he added, as reported.

With regard to objections about his being the founder of an organisation like RSS that critics have been raising issues about, Nagesh explained, "if it was an organisation that indulged in anti-national activities, one could object to the inclusion of a person associated with it. But they are objecting to the founder of an institution that propounds only nationalism, that too to a speech which says our nation has never been one to worship individuals but their thoughts and principles.”

Nagesh clarified that nowhere has the state, through the syllabus spoken of what thought one should pursue. "Children may very well take to the communist thought process if they so wish, but let it be about the thought and not the individual is all that the speech, or our intention behind its inclusion stands for. This land is about ’tatva’ not the ‘individual’ since the latter can also be subject to weaknesses but the former won't," he added.

“Have we taken Tipu out? His atrocities against our land and language are innumerable, yet he has been part of the textbooks and continues to be. Be it his choosing Persian over Kannada or the atrocities against Mysuru or Kodava people, there are so many. Yet have we omitted him from the syllabus? How come none of these people object to any of this? Some Khilafat Movement — in reaction to some Christians removing some King in Turkey — hasn't that stayed?” asked Nagesh.

”We are talking about the speech of a man whose thoughts have inspired countless Indians, including prime ministers who have given a clean administration. If that thought, that principle can lead to creating leaders who strive to make India a ‘vishwaguru’ once again, why have disdain for the one who stirred it,” questioned Nagesh.

Nagesh also clarified that references to Shaheed Bhagat Singh have not been taken out of textbooks.

"Any such news is only false propaganda," he said.