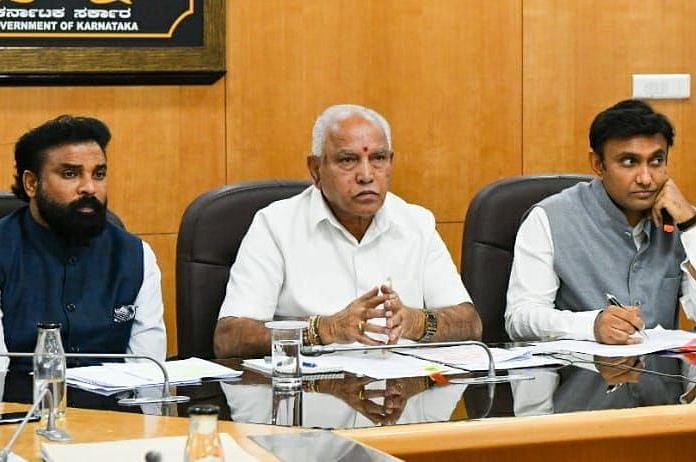 Karnataka would seek more vaccines from the Centre to ramp up its drive to inoculate as many of its citizens soon, said state Health Minister K Sudhakar on Tuesday (29 June).

"We will urge the Centre to allot more vaccines to the state for inoculating a maximum number of people, including senior citizens, above 45 years and those in the 18-44 age group, Sudhkar told reporters after a review meeting.

Sudhkar, who is a medical doctor by profession, will fly to New Delhi early next week to meet Union Health Minister Harsh Vardhan and officials for allotting more Covishield and Covaxin to the southern state for ramping up its vaccination drive.

According to the state health department, Karnataka has been allotted only 60 lakh doses for July, which will limit its vaccination drive to 2-lakh per day.

The Centre allots doses to states across the country on the basis of pro-rata population of 18 years and above age group, the number of active cases and progress of the vaccination drive, launched nationwide on 16 January.

The state health bulletin said cumulatively 2,24,18,621 people have been vaccinated across the state till date, including 2,05,920 on Tuesday.

"With stocks we received this month, we have been given 2-lakh doses daily across the state, with an inventory of 5 lakh vaccines regularly," he said.

About 50 per cent of the adult population of 78-lakh in Bengaluru received at least one dose so far.

As epicentre of the pandemic in the state, Bengaluru was the worst-affected district, accounting for over 50 per cent of Covid cases since the first wave struck in mid-March a year ago.