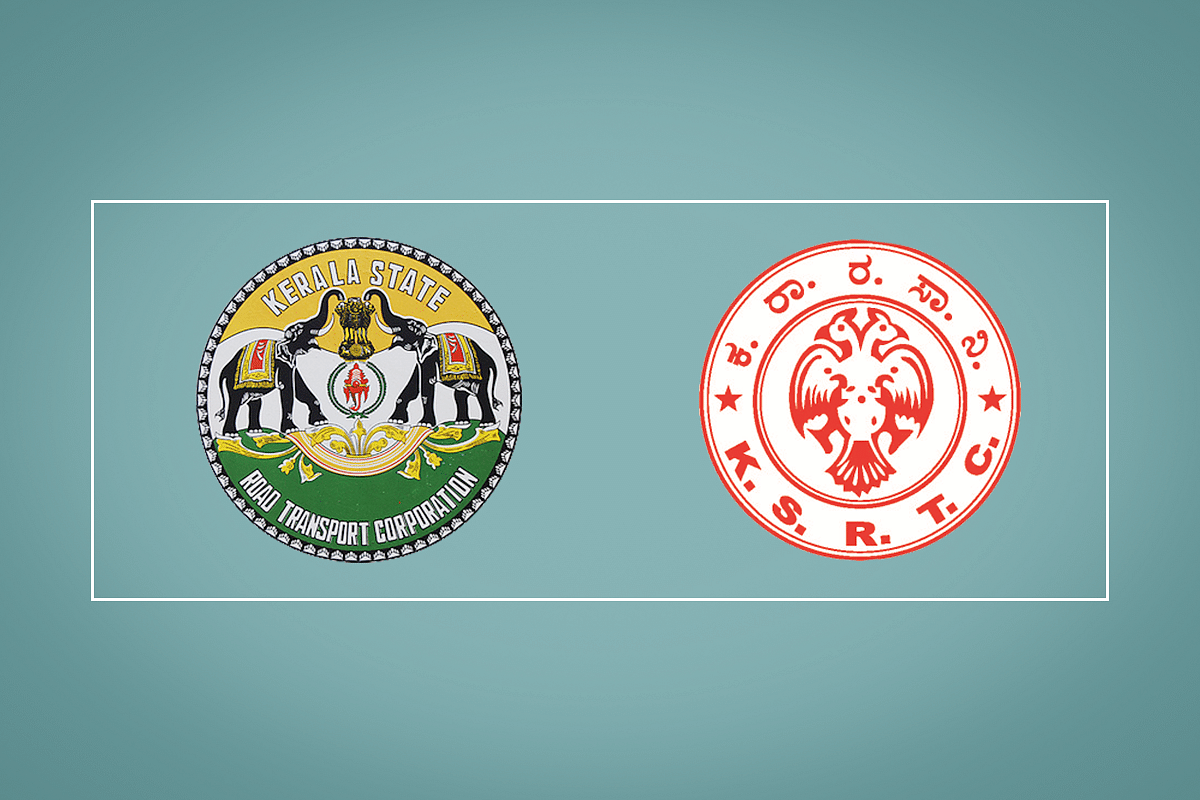 The logos used on Karnataka and Kerala transport buses.

Karnataka will no longer be able to call its state transport buses with the short form KSRTC as Kerala has sent a notice informing that they have won the legal battle over trademark that was on for years now.

Karnataka has responded saying they are yet to receive official confirmation of the same with its Deputy Chief Minister and Transport Minister Laxman Savadi saying legal action would be pursued only thereafter.

However, Kerala Transport Minister Antony Raju has called it a "victory for KSRTC".

"The history of KSRTC is intertwined with the lives of people of the state. It is not just a transport service, but has left the legacy of public transport in our cultural life including films and literature. It is not something that can be erased so easily. It is a pleasure to know that the Trade Mark Registry recognised the state’s claim. It is a victory for KSRTC and I congratulate all officials involved in the effort,” remarked Raju, as quoted by the Indian Express.

Savadi, on the other hand, tweeted saying there was no reason for the neighbouring state to celebrate.

“Kerala state’s KSRTC loses nothing if Karnataka too has the name KSRTC. Kerala needs to firstly understand that Karnataka has never entered into competition with Kerala Transport corporation,” tweeted Savadi.

Calling the issue an ‘unfortunate’ development, he said that unlike in private companies, where name and trademarks can impact business and profit, in the public sector these things don't matter.

“Serving people is of utmost importance here,” he added.

While Kerala has one of the oldest transport services in the country, it functioned as Travancore State Transport Department (TSTD) since 1938. After the Road Transport Corporation Act came into being in 1950, the department turned into a corporation on 1 April 1965.

Similarly in Karnataka, the department was formed in 1948 under the then state of Mysore and known as Mysore Government Road Transport Department (MGRTD), and turned into a corporation known as MSRTC on 1 August 1961.

The battle over the name and logo began seven years ago, as per reports, when Karnataka went in for trademark registration, thereby seeking that Kerala stop using the name. While it was then said to have been taken by surprise, Kerala pursued the same in the last one year and on Wednesday received the nod to own it.

The Controller General of Patents Design and Trade Marks approved Kerala’s claim making Kerala RTC the sole owner of the three trademarks — the name KSRTC, the logo of two elephants and the nickname Anavandi.

“We have followed the registration application closely in the last one year. We have presented pictures and other evidence to prove that we have indeed started ahead of Karnataka,” said KSRTC Chairman and Managing Director Biju Prabhakar, adding that only they have the "right to use the acronym KSRTC".

Savadi though advised, in a tweet, that since both were services offered for the welfare of people and given that both are a part of a federal union, neither states should make it a matter of prestige.