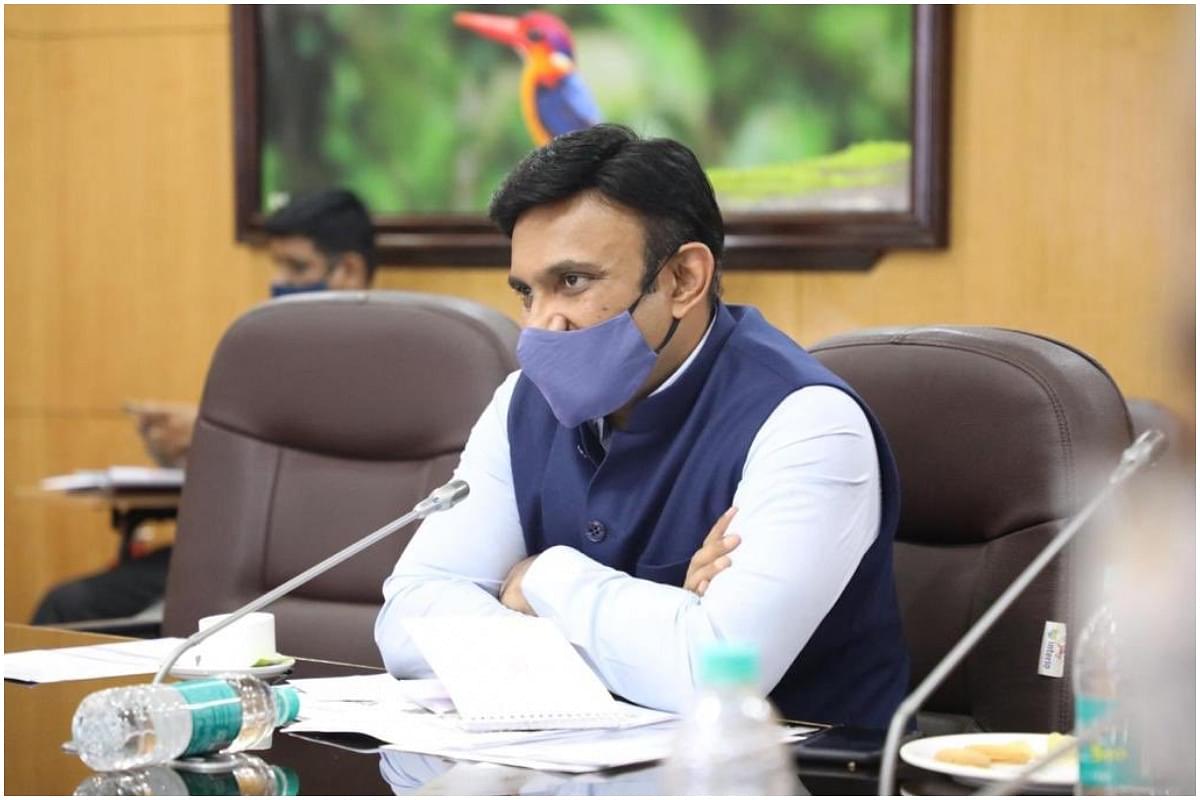 With a reported rise in cases of the Covid XE variant from across the world, Karnataka has announced stricter regulations in the state once again. Addressing the media after a meeting with the COVID-19 Technical Advisory Committee (TAC), Health Minister K Sudhakar said that the state would soon release guidelines as far as handling of the pandemic in the state is concerned, given the increase in XE variant COVID-19 cases in eight different countries including China, Hong Kong, South Korea, United Kingdom and Germany as well as in Delhi and Haryana.

The TAC has suggested thermal screening, strict surveillance, mandatory quarantine for a period of seven to 10 days for passengers arriving from the eight affected countries.

Sounding an alarm about the prediction by IIT Kanpur of a possible wave around June-July this year, Sudhakar urged people to wear masks and highlighted that a lot of people haven't taken the second dose.

“4.77 crore (98 per cent) of people under the 60+ category have taken the second dose of COVID-19 vaccine and only 49 per cent of people have taken their precautionary dose. There already is a declined immunity in this age group. I urge everyone to please complete all doses,” Minister Sudhakar said.

In contrast to the past, where the government was blamed for the wave and shortage of vaccines, Sudhakar said there was adequate supply this time around and that the government was repeatedly requesting people to take the vaccine.

As there are no vaccines for young kids, Sudhakar said that 5,000 children will be tested across the state as per the recommendation of the TAC.

“We have received complaints of some hospitals overcharging for vaccines. The government will not tolerate this. A high-level meeting has been held and committee has been formed in this regard. The capped prices for CT scans, MRI etc. must be considered as the new prices for future and not just for COVID-19. All officers have been given instructions in this regard. Labs should not charge higher cost than the cap fixed by the government. If this rule is violated, the government has the right to revoke the license of the lab or hospital,” he said, as per the release.