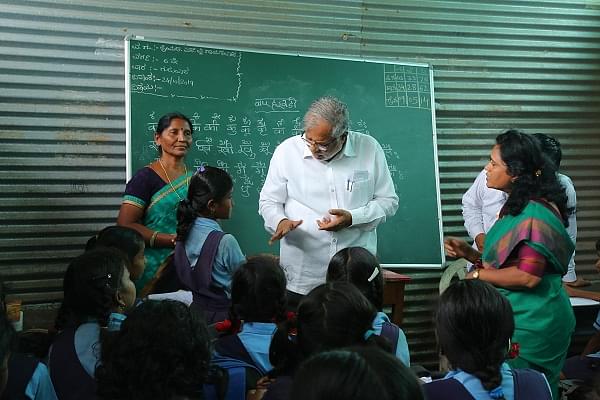 Even as Karnataka gears up to open schools for administrative and teaching staff tomorrow (4 June), the state will decide on opening its school doors to children only after consultations with parents.

S Suresh Kumar, the Minister for Education, who had earlier issued a circular for reopening of schools in the state in July, has clarified that classes will resume only after taking parents’ opinions, and dates for seeking opinions have been announced.

All schools in the state are instructed to hold meetings with parents of students on three different dates for three sections and take suggestions regarding the dates, manner and conduct of classes post the reopening of schools.

The circular regarding the reopening of classes had led to a lot of opposition from parents who fear sending their wards to schools amid rising Covid-19 numbers in the state, especially after the numbers saw a steady rise with the entry of people from other states.

Certain media even reported that the government was giving in to pressure from private schools who would want schools reopened. However, the minister has clarified that portraying the state in such light was unfortunate and that children’s safety and health would be given utmost priority by the government.

“No classes will be started in a hurry. As instructed by the Central government, parents meetings will be held on June 10, 11, 12 in all schools across the state wherein the opening dates of different sections, social distancing among students and safety measures to be undertaken will be discussed,” clarified Kumar.

“ I understand the concerns of the parents about the young children and will pay due attention to them. No task that puts the children or their parents in trouble shall be undertaken by us,” assured Kumar, adding that the largest exercise to gather the opinion of parents in the most democratic fashion has been kickstarted in this direction.

The school offices would be opened from tomorrow (5 June). As per a circular, all the staff will be required to report to duty starting Thursday, and restart admission procedures from 8 June.

The schools are required to submit the parents’ opinions and suggestions by 15 June on the students tracking system.

The minister, who is on a tour of all 30 districts in the state in view of conducting SSLC exams, said a decision will then be taken based on guidelines from the Union government.

According to reports, decisions regarding the trimming of the syllabus to fit the reduced number of school days will also be taken in consultation with the Directorate of State Educational Research and Training.

In a ‘Facebook Live’ event at 12:45 pm today (4 June), Kumar reiterated that some dates had been proposed in the circular for starting the schools but none of them were final. The suggested dates were only to serve as a guideline for discussions to be held with parents.

“There is a need to ensure that the studies aren’t affected. Chandana TV channel is already conducting revision classes and another session will be held to prepare for the SSLC exams. We are also working on how to use the medium of TV to educate as well as creatively engage school children in these times. But whatever decision is taken, the safety, the studies, and the future of the children will be given prime importance. All children are ours,” clarified Kumar.

This time is also being used to ensure more school children are enrolled and the government school system strengthened to ensure they also have a competitive advantage over private ones, especially in the suburban and rural areas, he said.