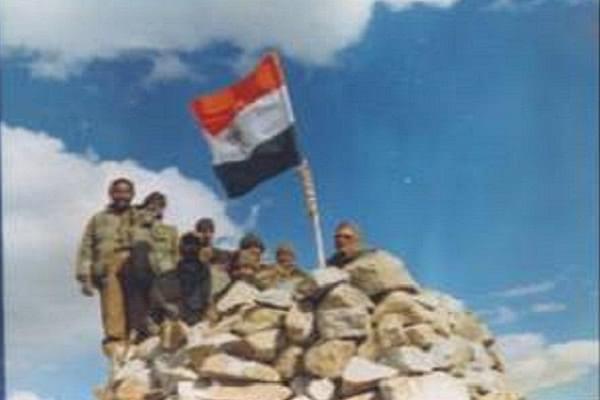 After the 15 June Galwan valley attack by Chinese troops with rods and nail studded wooden spikes in which 20 Indian soldiers were martyred including Colonel B Santosh Babu, the Jawans of 16 Bihar Regiment along with Ghatak troops perpetrated a counterattack.

Reportedly, the soldiers using the most "primitive fighting methods", snapped the necks of at least 18 PLA troops and smashed their faces beyond recognition.

Together, they "unleashed a reign of terror, unheard in modern military history", the report said. The PLA had a tough time handling the bodies of its soldiers, many of whose limbs were broken or severed, the report said citing inputs gathered from multiple sources.

Bodies of the slain PLA soldiers were scattered all over the ridge and nearby gorge.

According to the report, the "primitive fighting methods" by the Indian soldiers using stones, bayonets and sticks suggest they were merciless in their attack the moment their commanding officer fell.

As they Avenged the death of their CO, the soldiers were chanting war-cries. The attack and counter-attack went on for over four hours. Few Indian troops snatched swords and rods from Chinese soldiers and used them against the enemy.

According to the sources quoted in the report, many PLA troops tried to escape and were chased by Indian soldiers. However, the chasing Indian troops ended up in PLA custody as their numbers multiplied. These soldiers were among those who were released on Friday (19 June).

The story of Bihar regiment

The Bihar Regimental Centre (BRC) is located at Danapur Cantonment, Patna, the oldest cantonment of India.

#IndianArmy #21yearsofKargil
The Saga of #DhruvaWarriors and The Lions of #BiharRegiment.
"Born to fight.They are not the bats. They are the Batman."
"After every #Monday, there will be a #Tuesday. Bajrang Bali Ki Jai"@adgpi@MajorAkhill #NationFirst pic.twitter.com/lk8beNkLJ7

Indian Navy's largest ship and its sole aircraft carrier INS Vikramaditya is affiliated to the Bihar Regiment. The regiment also has the highest number of Rastriya Rifles battalions among all regiments of the Indian Army.

Reportedly, Biharis were much sought after by the East India Company. The 34th Sepoy Battalion formed during the tenure of Lord Robert Clive in 1758, was raised entirely from Bhojpur district. Shahabad and Munger were their other favourite recruitment areas.

The regiment played important role in the victories in Buxar, Carnatic and Maratha Wars as well as overseas campaigns in Malaya, Sumatra and Egypt.

In the First War of Independence in 1857, these soldiers were one of the first ones to revolt against greased cartridges and chose being blown by guns to cowing down. The then region of Bihar was also the home of Kunwar Singh and Birsa Munda - two great freedom fighters.

After 1857, British didn’t encourage Biharis to join the army.

The Bihar battalions participated in the Indian Armed Forces’ response to Pakistani aggression in the Kashmir Valley during 1948–49.

During the Indo-Pakistani War of 1965, 7 BIHAR captured Bedori, paving the way for the capture of Haji Pir Pass.

In the 1971 Bangladesh liberation war, the 10 BIHAR was awarded the Theatre Honour of `AKHAURA' for its gallant action in the Battle of Akhaura. The Commanding Officer, Lieutenant Colonel P C Sawhney was awarded the Vir Chakra.

On the other hand, 11 BIHAR was a part of the task force that launched a seaborne expedition at Cox's Bazar to prevent Pakistani troops from escaping into Burma.

In the Kargil war (Operation Vijay), 1 BIHAR was responsible for the recapture of Jubar Hill and Tharu. For its valour, the unit was honoured with Chief of the Army Staff Unit Citation, Battle Honour ‘BATALIK’ and Theatre Honour ‘KARGIL’.

Major M Saravanan and Naik Ganesh Prasad were posthumously awarded the Vir Chakra and the unit was awarded a total of 26 gallantry awards.

The Bihar regiments have also been deployed as part of the UN peacekeeping force. 1 BIHAR was the first Bihar Battalion to take part in United Nation peace keeping mission. The battalion was deployed in Somalia in 1993-1994.

Later 10 BIHAR, 5 BIHAR and 14 BIHAR have also had the distinction of participating in United Nation peace keeping operations in Congo in 2004, 2009 and 2014 respectively.

Major Sandeep Unnikrishnan with the parent unit 7 BIHAR was martyred in the anti terrorist operation at Mumbai on 26 November 2008 and was awarded the Ashoka Chakra.