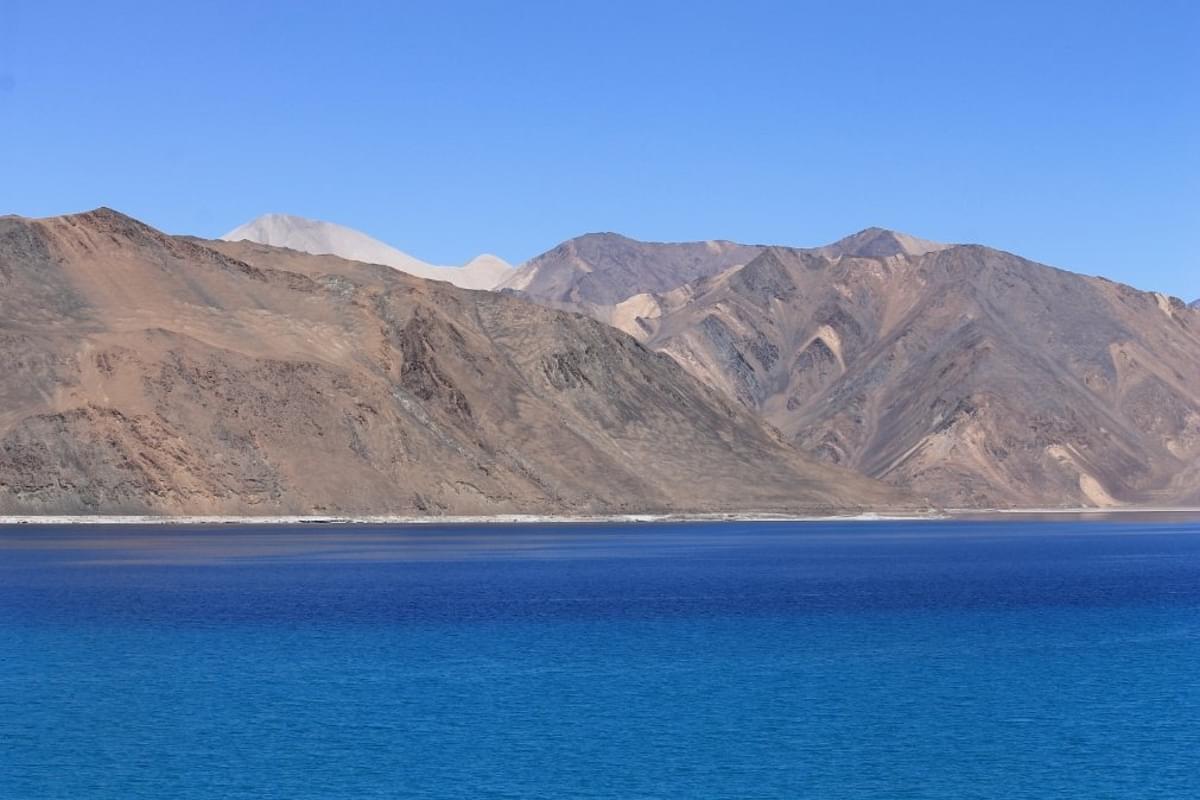 The 135 km-long Pangong lake, a large part of which is in Tibet, is the world's highest saltwater lake and lies 54 kilometres southeast of Leh.

Both India and China patrol their parts of the lake using boats. The Chinese deployed faster boats — Type 928 B vessels — a few years ago. It regularly intruded into the part of the lake controlled by India.

In January 2012, the Army inked a contract with Goa Shipyard Limited, a state-run public sector undertaking, for 12 fast patrol boats. In a second deal signed with a private shipyard based in Goa, India had ordered 17 troop-carrying, flat-bottom fibreglass landing docks.

The delivery of the new boats began in June 2021.

According to reports, the landing craft can carry 35 troops or one jeep and 12 personnel. The new speed boats acquired for surveillance can reach speeds of 35 knots, officials have said.

"The induction [of the new patrol boats and landing crafts] has given huge impetus to our patrolling capability and we now have boats which match the adversary," TheHindu quoted a defence source as saying.

North of Pangong Lake lies the Chang Chenmo range. Spurs which jut out from this range, running mostly perpendicular towards the northern bank of the Pangong Lake, are called 'fingers' by the Indian Army. These fingers are labelled 1 to 8 in a map of the lake's northern bank below.

While India holds the area upto the western side of Finger 4, also called Foxhole Point or Foxhole Ridge, and claims that the LAC runs through Finger 8, China claims that the LAC is close to Finger 2. Before the ongoing standoff in eastern Ladakh started in May 2020, India sent patrols upto Finger 8. The Chinese patroled upto the eastern side of Finger 4.

India's Indo-Tibetan Border Police has a camp between Finger 2 and 3, marked in the map above in orange. The Chinese have a base in the area east of Finger 8, marked in the above map in red.

In May 2020, the People's Liberation Army of China occupied areas upto the eastern part of Finger 4, blocking India's access to the areas between Finger 4 and Finger 8 on the north bank of the lake.

However, after disengagement in February 2021, Chinese forces left the area and moved back to their base east of Finger 8.