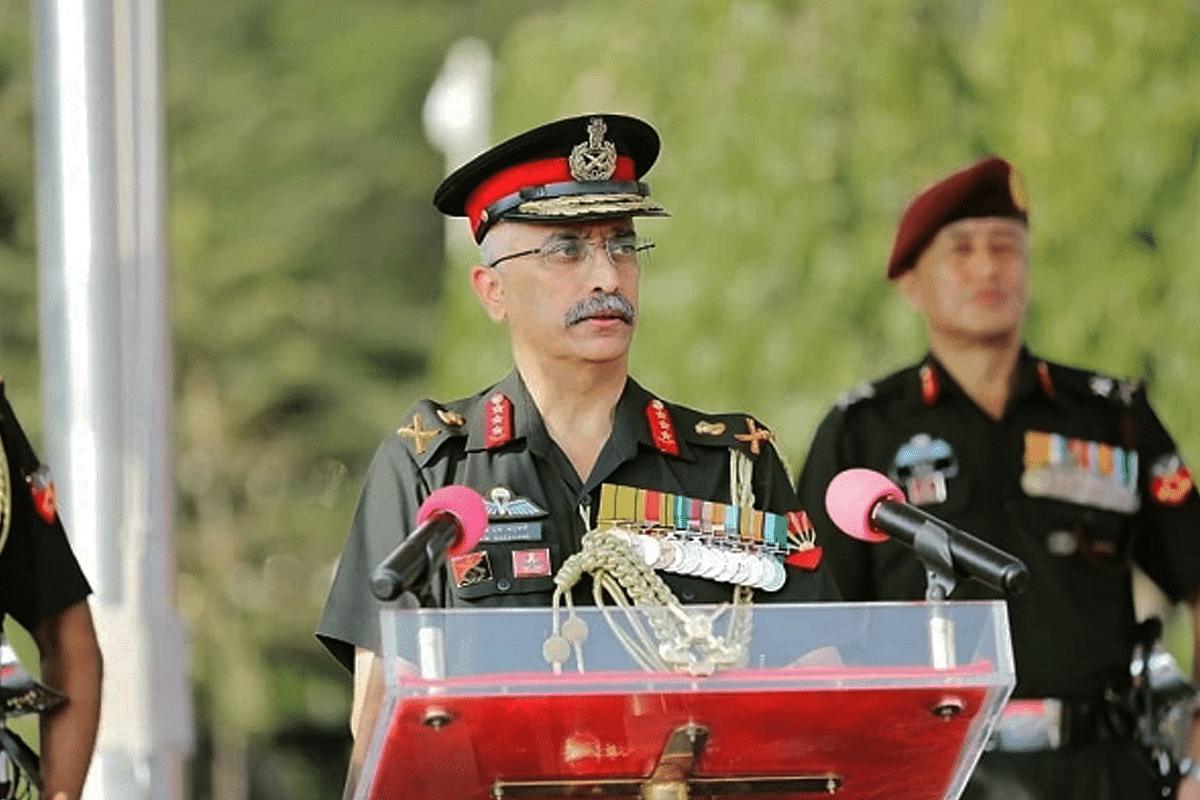 The threat along the Line of Actual Control has't reduced and India has enhanced force levels to deal with it, Chief of Army Staff M M Naravane said at the annual press conference ahead of Army Day.

The Army Chief's statement assumes significance because it came at a time when India and China were holding the fourteenth round of Corps Commander-level talks. The two sides are discussing disengagement from Hot Springs, an area in eastern Ladakh where the standoff between India and China, which began in May 2020, continues. Talks between the senior military commanders began at around 10am at Moldo on the Chinese side.

"While there has been partial disengagement, the threat has by no means reduced, and the force levels are more or less the same. From our side, they have been enhanced," the Army Chief said at the presser.

"The threat assessment and internal deliberations that are carried out from time to time have resulted in some reorganisation and realignment of forces in keeping with the Army's mandate of ensuring our territorial integrity. While we will continue to deal with the PLA in a firm and resolute manner, necessary safeguards are in place to take care of any contingency," he added.

"Upgradation and development of infrastructure along the northern borders is also being carried out in a holistic and comprehensive manner," the Army Chief said, adding that the Army is also using the dual-use infrastructure already available in the civil domain.

The thirteenth round of talks between India and China had ended without an agreement on disengagement in the Hot Springs area.

No forward movement was made on the issue of disengagement at the remaining friction points in eastern Ladakh during the talks on 10 October, the Indian Army said in a statement issued the next day.

The Indian statement said that the Chinese side did not come up with any "forward looking proposals" on the issue of disengagement and was "not agreeable" to India's "constructive suggestions" for the resolution of issues at the remaining friction points in eastern Ladakh.

"The meeting thus did not result in resolution of the remaining areas," the statement issued by the Indian Army read.

"The Indian side pointed out that the situation along the LAC had been caused by unilateral attempts of Chinese side to alter the status quo and in violation of agreements. It was therefore necessary that the Chinese side take appropriate steps in the remaining areas to restore peace and tranquillity along the LAC in the Western Sector," it added.

Ahead of the fourteenth round of talks, the Chinese Foreign Ministry spokesperson has said that India should "switch from emergency response to normalised management and control in the border area".

"The China-India border situation is generally stable at the moment. The two countries are maintaining dialogue and communication through diplomatic and military channels. We hope the Indian side can work with China, and strive to switch from emergency response to normalised management and control in the border area as soon as possible," Chinese Foreign Ministry spokesperson Wang Wenbin said on 11 January.

The statement hints that the Chinese are not interested in the resolution of the conflict and instead want to keep the status quo in order to maintain the 'gains' they have made since May 2020, reports say.