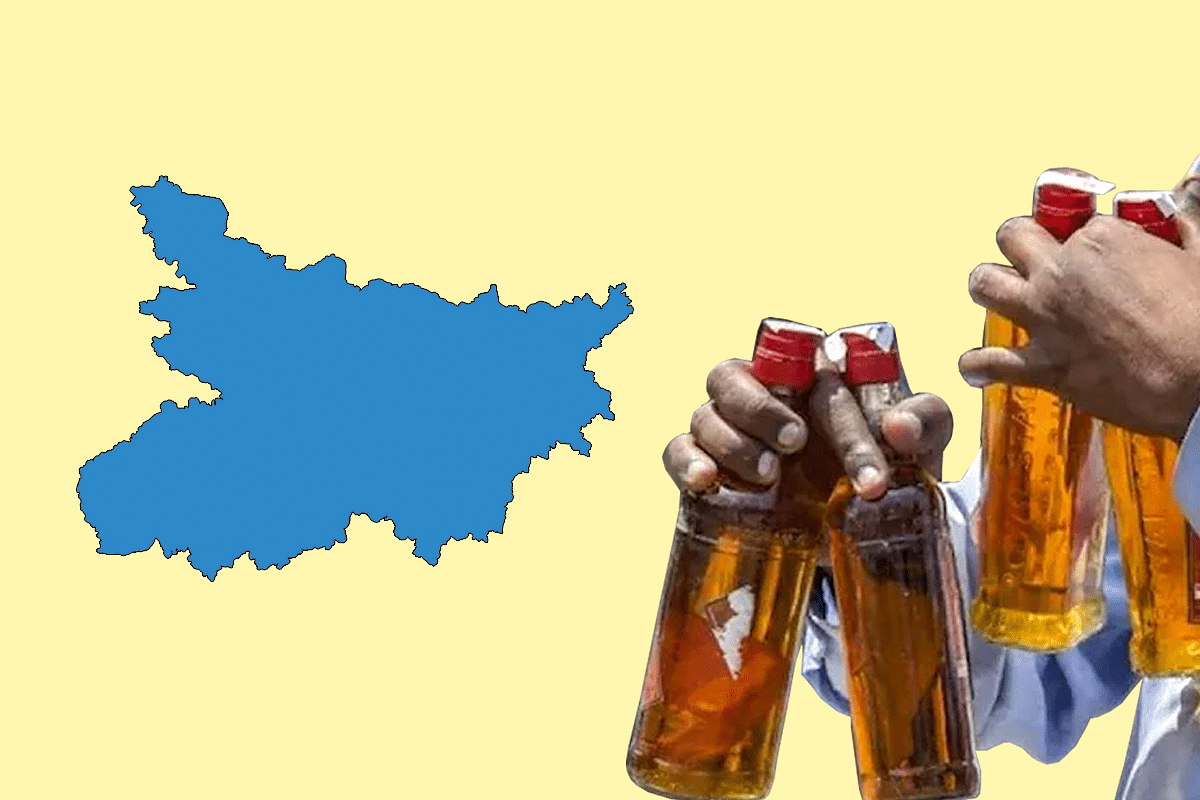 Bihar is currently under prohibition.

Bihar has got the ignominious distinction of being ranked second in the country in terms of prevalence of domestic violence (against women), and alcohol consumption is to blame for a lot of that violence.

Chief Minister Nitish Kumar made Bihar a dry state in April 2016 and has doggedly refused to acknowledge that prohibition has not worked in Bihar despite the frequent deaths caused by consumption of spurious liquor.

The latest National Family Health Survey-5 (NFHS-5) findings of which were released in Patna on Wednesday shows that 40 per cent of married women between the ages of 18 and 49 years suffer spousal violence in Bihar. Karnataka ranks the highest in the country with 44 per cent of women in this age group suffering from spousal violence.

According to the International Institute for Population Sciences, Mumbai, which conducted the survey, 83 per cent of men who drink regularly in ‘dry’ Bihar abuse their wives!

The survey also revealed that 60 per cent of men who get drunk occasionally and 43 per cent of husbands who drink but never get drunk also beat up their wives. Fifteen per cent of married women in Bihar told the surveyors that their husbands drink regularly.

Most of the cases of domestic violence in Bihar were reported from districts bordering Uttar Pradesh, Jharkhand and Nepal where liquor is freely available. Liquor is smuggled into Bihar through those borders, and bootlegging is a flourishing business.

International Institute of Population Studies’ Professor S K Singh, who is also the principal investigator of NFHS-5, said: “We have analysed the availability of liquor in Bihar and attributed it to two main reasons. First, liquor flows from border districts of Jharkhand, UP and Nepal. Second, country liquor is traditionally and culturally prevalent and home-brewed in districts having a tribal population and sharing borders with Jharkhand”.

Bihar shares the dubious distinction of high prevalence of domestic violence with Manipur, another state where prohibition is officially in force but where smuggled liquor is widely available. Forty per cent of married women in Manipur in the 18-49 age group also said they were subjected to violence by their husbands.

The major reasons cited by the male respondents in Bihar to justify wife beating were: their wives stepping out of house without informing them (their husbands), neglecting the house or children, arguing with their husband, refusing to have sex with husband, not cooking properly, suspicion of infidelity, and showing disrespect to in-laws.

Consumption of alcohol remains the single biggest source of misery for women in Bihar whose Chief Minister continues to claim that the prohibition he has imposed has worked and improved the life of a lot of women.