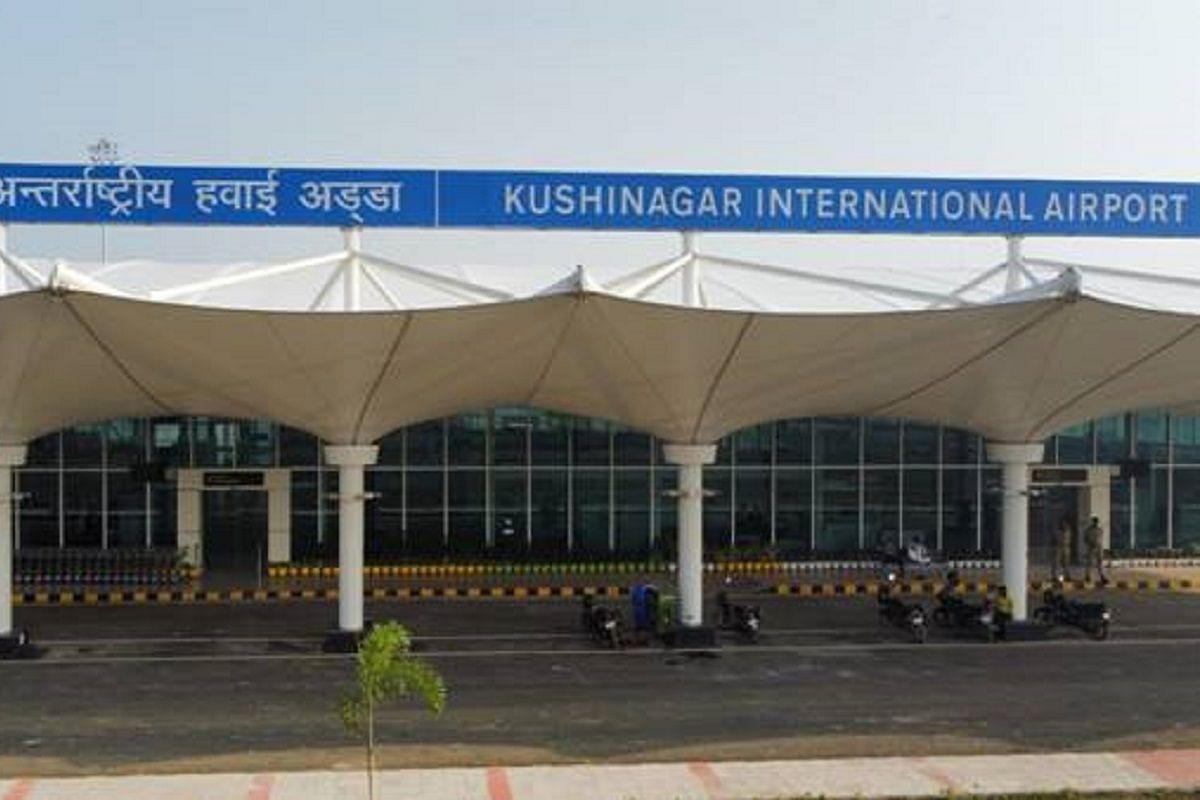 Kushinagar is an International Buddhist Pilgrimage Centre, where Lord Gautam Buddha attained Mahaparinirvana. It is also the centre point of the Buddhist circuit, which consists of pilgrimage sites at Lumbini, Sarnath and Gaya.

The inaugural flight will land at the airport from Colombo, Sri Lanka, carrying 125 dignitaries and Buddhist Monks, highlighting the convenience to Buddhists worldwide to visit the Mahaparinirvan Sthal of Lord Buddha.

The Airports Authority of India has developed the Kushinagar Airport with a new terminal building spread across 3,600 sqm, at an estimated cost of Rs 260 crore in association with the government of Uttar Pradesh. The new terminal is equipped to handle 300 passengers during peak hours.

The airport will help attract more followers of Buddhism from home and abroad to Kushinagar and enhance the development of a Buddhist theme-based circuit.

With this airport journey to Lumbini, Bodhgaya, Sarnath, Kushinagar, Shravasti, Rajgir, Sankisa and Vaishali of the Buddhist circuit will be covered in lesser time.

“Inauguration of the Kushinagar Airport will facilitate the pilgrims from across different parts of the world by providing seamless connectivity to various Buddhist sites in the region,” the Ministry of Civil Aviation said.

“Direct aviation connectivity with South Asian countries will make it easier for tourists arriving from Sri Lanka, Japan, Taiwan, South Korea, China, Thailand, Vietnam, Singapore etc to reach Kushinagar and experience the rich heritage of the region. Tourism inflow is expected to rise by upto 20 per cent with inauguration of the airport,” it added.

A Multiplier Effect On Entire Region

The Kushinagar International Airport will not only put the pilgrimage site on the international aviation map but also give a boost to the economic development of the region.

It will have a multiplier effect on the hospitality industry by promoting hotel business, tourism agencies, restaurants etc. It will create employment for local people by opening many opportunities in feeder transport services, local guide jobs etc.

Local industry and products will get global recognition. It will promote cultural awareness and will help to preserve local culture and traditions.

The airport will serve a population of more than two crores since the airport has a hinterland of around 10-15 districts and will be an excellent support for the large migrant population of Eastern Uttar Pradesh and Western/Northern Bihar.