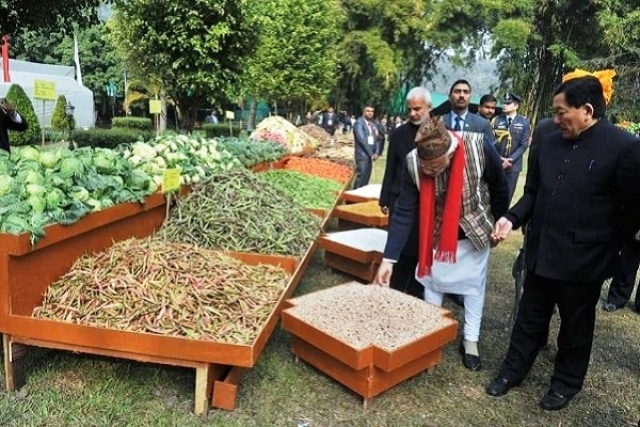 These two schemes are:

What Are These Schemes

In her speech [PDF], Finance Minister Sitharaman said that the government seeks to build a seamless national supply chain for perishable goods like milk, meat, fish, vegetables and fruits.

As part of these efforts, the Indian Railways will set up a Kisan Rail service via the PPP model. Under this service, refrigerated coaches will be added in Express and Freight trains for the transportation of perishable goods from the producer to the market.

The Finance Minister said that the Civil Aviation Ministry will launch a similar scheme by the name of Krishi Udaan to help farmers transport agricultural produce on both domestic and international routes.

How Krishi Udaan Scheme Will Be Beneficial For Farmers

The Krishi Udaan scheme will give farmers better access to both domestic and international markets and may turn out to be especially beneficial for farmers belonging to northeast and tribal areas.

This scheme aims to effectively connect them to domestic and global markets, thus helping them realise the true value of the produce. It will also help boost their income and increase their competitiveness in the market.

Regular farmers in the plains too are expected to benefit from the scheme with transporters like Halcon expressing bullishness over the scheme.

Halcon - a joint venture between Hindustan Aeronautics Ltd (HAL) and Container Corporation of India (Concor), has urged the Civil Aviation Ministry to extend the Udaan scheme to Nashik.

Halcon is already involved in transporting agricultural and horticulture products from Nashik and other parts of the state.

Halcon officials were quoted as saying that currently, bulk of the produce from Nashik is first sent to Mumbai via road and then transported abroad via flight or ship.

Thus, if direct cargo flights start from Nashik under this scheme, it will end up being cost effective for the exporters as currently they have to shell out Rs 2,500 per tonne for road transport.

This scheme will also be beneficial to the farmers sell their produce in the international market for better prices in the event of excess domestic produce.

Like Krishi Udaan, the Kisan Rail scheme too has been welcomed by various stakeholder in the agri-industry.

One of the key beneficiaries of this scheme is expected to be the vegetable and horticulture sector of Bengal.

Bengal has been India’s largest vegetable producing state for the year 2018-19 by notching a 29.55 million tonne produce. This translates to 15.9 per cent of India’s total vegetable production.

But, as much as 18 to 25 per cent of vegetable, fruit and flower export to other states is wasted due to lack of proper temperature controlled transportation services.

Much of such perishable produce is sent via trucks, which are not equipped with any sort of a temperature control. Thus by the time it reaches its destination, the produce dries up and farmers do not get good value for their produce. This may change, with the advent of the Krishi Rail scheme.

Similarly, even Andhra Pradesh may emerge as a beneficiary of this scheme, especially in the horticulture sector for crops like - banana, mango and sweet lime. Even vegetables like tomato are exported from Andhra to other parts of the county.

This scheme is expected to reduce post-harvest losses for the state’s farmers by helping in effective export of residual produce to other parts of the state.

If Indian Railways is to be believed, the farmers may not have to wait too long to avail this scheme as nine such refrigerated vans are already part of its network. These vans with a carrying capacity of 17 tonne each can be utilised to transport highly-perishable traffic.

On top of it Railways also has to its disposal 98 ventilated and insulated containers with a carrying capacity of 12 tonne each which were procured via CONCOR.

Work is also ongoing on for temperature-controlled perishable cargo centres at Ghazipur Ghat, Raja ka Talab in Uttar Pradesh and New Azadpur in Delhi as part of a CSR initiative by CONCOR.

A cold storage facility has already been developed in Dadri and similar establishments are upcoming in Lasangaon, Fatuha and Mancheswar.

Incidentally, a proposal to transport perishable items by rail is nothing new. Erstwhile railways minister Mamata Banerjee had announced a similar proposal in 2009 but it failed to take off.

Railway authorities contend that while there is no issue in running the refrigerated vans, they need cold storage warehouses at both the source and destination stations for effective delivery and hope that private players would be able to help in this regard.