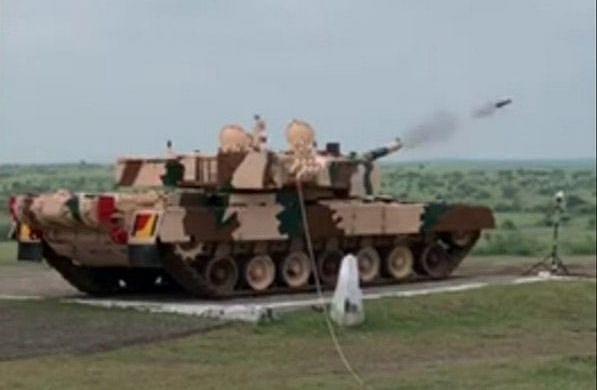 The DRDO-manufactured Arjun Mark 1 ALFA’s final phase of trial was conducted at the Pokhran field firing range in Jaisalmer, Times of India reports.

Deputy Chief of Army Staff Lt Gen SS Hasabnis and Director General Mechanised Forces Lt Gen MJS Kahlo were present during the exercise of the tank that is supposed to upgrade the firepower of Indian army.

The weapon is deemed to solidify the firing capacity of the defense forces as its firing capacity has been modernised with automatic fire control system guided missiles. Moreover, Prime Minister Narendra Modi had ridden the Arjun tank at the Longewala border and that has improved the chances of its induction in the army.

Sources quoted in the report mention that DRDO has enhanced 14 features in the tank as per the requirements of the forces. Two more regiments of the Mark 2 version that can fire anti-tank missiles will be inducted in the army, whereas a couple of units of the Arjun tank are already stationed in the army.

“The Mark 1-A includes an improved gunner’s main sight, integrated with automatic target tracking. This would enable the tank crew to track moving targets automatically, and engage them even when Arjun tank is on the move,” a source mentioned.

Other individuals in the know of things stated, “The Arjun Mark 1-A’s gun is controlled by a computerised integrated fire control system, giving the tank has a high first round kill capability. The gun’s day-and-night stabilised sights, coupled with automatic target tracker, guarantee accurate engagement even in dynamic conditions.”