Mukarram Jah: The Life And Times Of The Last Nizam Of Hyderabad, Who Passed Away In Turkey Last Week 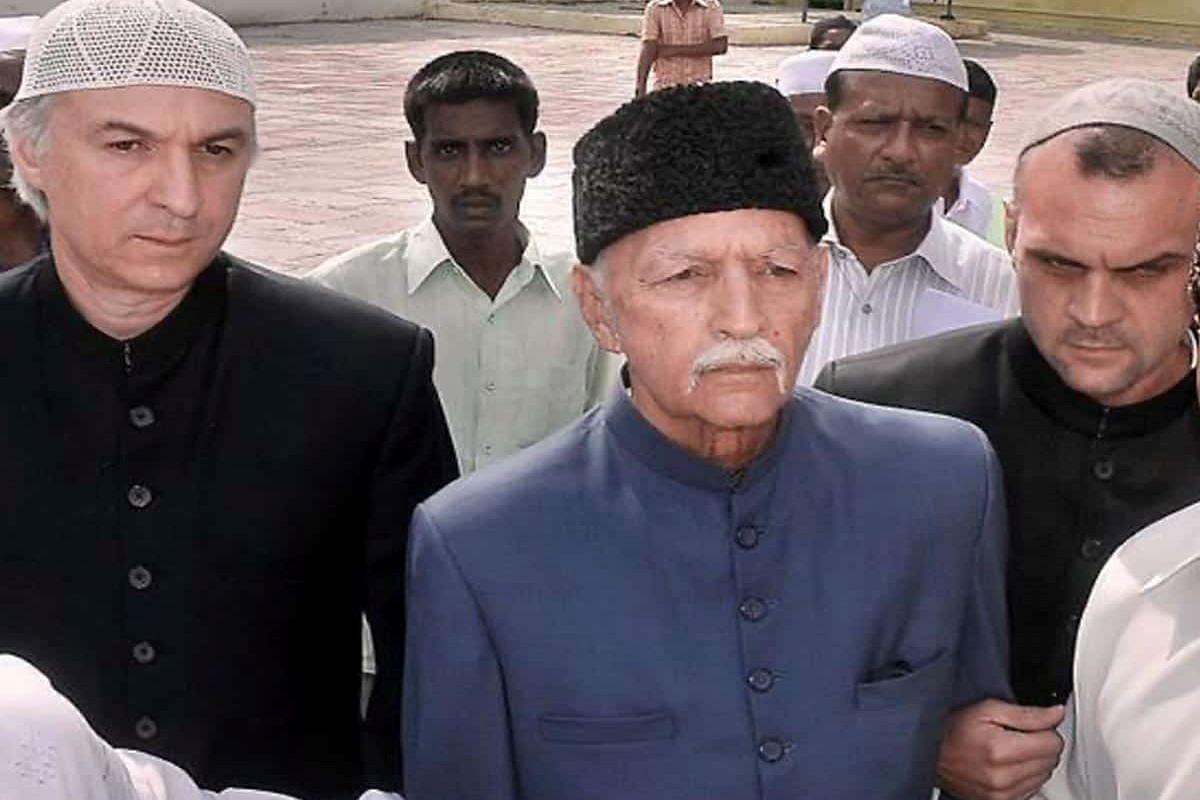 Mukarram Jah Bahadur, the titular eighth Nizam of Hyderabad, passed away in Turkey on Saturday night (14 January). He was 90.

The mortal remains will be kept at Hyderabad's Chowmahalla Palace for the public to pay obeisance.

Mukarram Jah drew lineage from two of the most well-known dynasties in the Islamic world.

He was born in Paris to Azam Jah, the son and heir of Mir Osman Ali Khan, the last reigning Nizam of Hyderabad state, by his wife Princess Durru Shehvar, daughter of the last Caliph of the Ottoman dynasty, Abdul Mejid II.

He was educated in the Doon School in Dehradun and later at Harrow and Peterhouse, Cambridge. He also studied at the London School of Economics and the Royal Military Academy Sandhurst.

After the death of Mir Osman Ali Khan in February 1967, Mukarram Jah was coronated as Nizam VIII in a ceremony held on 6 April 1967.

According to historian William Dalrymple, Mukarram Jah inherited a "ridiculously inflated army of retainers: 14,718 staff and dependants, including 42 of his grandfather's concubines and their 100-plus offspring."

"The principal palace, the Chowmahalla, alone had 6,000 employees; there were around 3,000 Arab bodyguards, 28 people whose only job was to fetch drinking water and 38 more to dust chandeliers; several others were retained specifically to grind the Nizam's walnuts. Everything was in disarray: the Nizam's garages, for example, cost £45,000 a year to keep in petrol and spare parts for 60 cars, yet only four were in working condition, and the limousine supposed to carry the new Nizam from his coronation broke down," the historian wrote in a piece published in the British daily The Guardian.

In the 1980s, Mukarram Jah was believed to be the wealthiest man in India. However, in the 1990s, Mukarram Jah lost some assets to divorce settlements. His net worth is nevertheless estimated at $1 billion.

A much-married man (he married five times), his first wife was a Turkish noblewoman, Esra Birgin. His second wife was Helen Simmons. He later married Miss Turkey, Manolya Onur. It was followed by a marriage to Moroccan lady, Jamila Boularas, and then to a Turkish lady, Ayesha Arkide, in 1995.

The most well-known legal case was the battle over the control of £35 million (the governments of India and Pakistan too were involved in the case), and a UK court eventually settled it.

Following the partition of India, Mir Osman Ali Khan, the then reigning Nizam and Mukarram Jah's grandfather, wished to remain independent, much against the wishes of the local populace.

Pakistan actively supported the Nizam, hoping it could be the third subregion of Pakistan — East Pakistan (now Bangladesh) was the second.

Thanks to Operation Polo, Hyderabad was integrated into Indian Union in 1948.

During the military operations, Mukarram Jah escaped to Karachi with his mother Princess Durrushehvar and brother Muffakhan Jah. The princess and her sons moved to a suite at the Savoy Hotel in London, where they lived for the next two years.

In 1954, Osman Ali Khan moved the UK court seeking to release the money deposited with the Pakistani high commission. But Pakistan refused to oblige and invoked sovereign immunity. This meant the case could not proceed further.

Osman Ali Khan claimed that his minister transferred money without his approval.

Pakistan refused his contention and said that the weapons were bought and dropped off in Hyderabad by a British pilot, Frederick Sidney Cotton, in 35 trips from Karachi and thus, the money was payment for services rendered.

The legal stalemate continued till 2013, when Pakistan went back to court for the sum, which by now, accumulating interest, had increased over 30 times. In this round of legal battle, Pakistan waived off the sovereign immunity it invoked 65 years ago.

In 2019, a High Court in the UK ruled in favour of Nizam's heirs, granting them the entire £35 million. Recognising the claim of India and the grandsons of Nizam Mir Osman Ali Khan, the court left it to the Nizam's family to divide the money among themselves.

in 1973, a disillusioned Mukarram Jah, unable to manage the complex legal challenges, left his Hyderabad palace for a sheep station in the Australian outback and pursued his passion for tinkering with old automobiles.

During the years of self-imposed exile in Australia, valuable assets and jewellery belonging to the royal family were allegedly looted by close associates. The sheep farm had to be sold to settle his debts, and Mukarram Jah then moved to Turkey.

In the early 2000s, two palaces in Hyderabad, Chowmahalla and Falaknuma, were restored and opened to the public, the former as a museum showcasing the era of the Nizams and the latter as a luxury hotel.

The Taj Falaknuma Palace Hotel opened in February 2010, having been leased to the Taj Group after some 10 years of renovations.