“He Was A Devout Hindu,” Says Netaji Subhash Chandra Bose’s Daughter, “Very Religious And Tolerant Of Other Faiths” 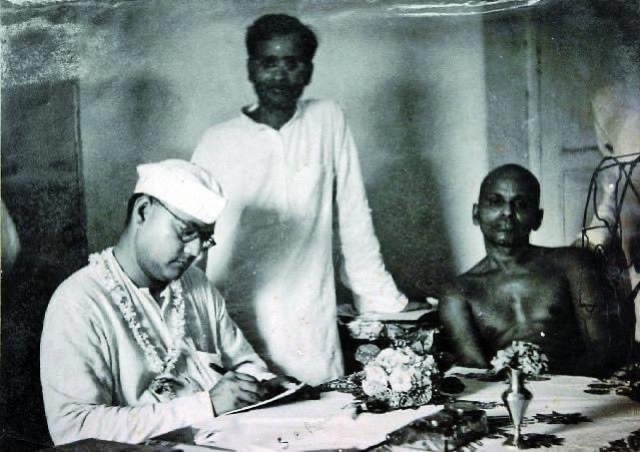 A picture of Netaji Subhash Chandra Bose with the then Shankaracharya of Puri (Source: @INCIndia/Twitter)

Pfaff is based in Germany. She said in a video message posted on the official Twitter handle of the Indian consulate general in Munich that her father was a “devout Hindu and “tolerant towards all other religions”.

She said that the India of Bose’s imagination was "modern, enlightened and, at the same time, deeply rooted in history, philosophy and religious traditions.”

“He was a man of thought and also action,” said Pfaff, and “espoused the ideals of unity and tolerance”.

She also stated that he inspired the members of Indian National Army, his friends and his family to respect other religions yet was “very religious” himself.

Pfaff’s message underlines the continuity between Gandhi and Bose, despite their purported ideological differences. This continuity is undergirded the common commitment to the ideals inspired by ancient Indian thought as propounded by the likes of Vivekananda, Ghosh and Tagore.

The emphasis on plurality, tolerance and unity in diversity as a part of one’s religiosity in uniquely Indic.

As turns out, Gandhi’s Ram Rajya wasn’t far away from Bose’s Azad Hind.

Also read: Yes, A Mahatma Got Us Independence. His Name Was Subhas Chandra Bose