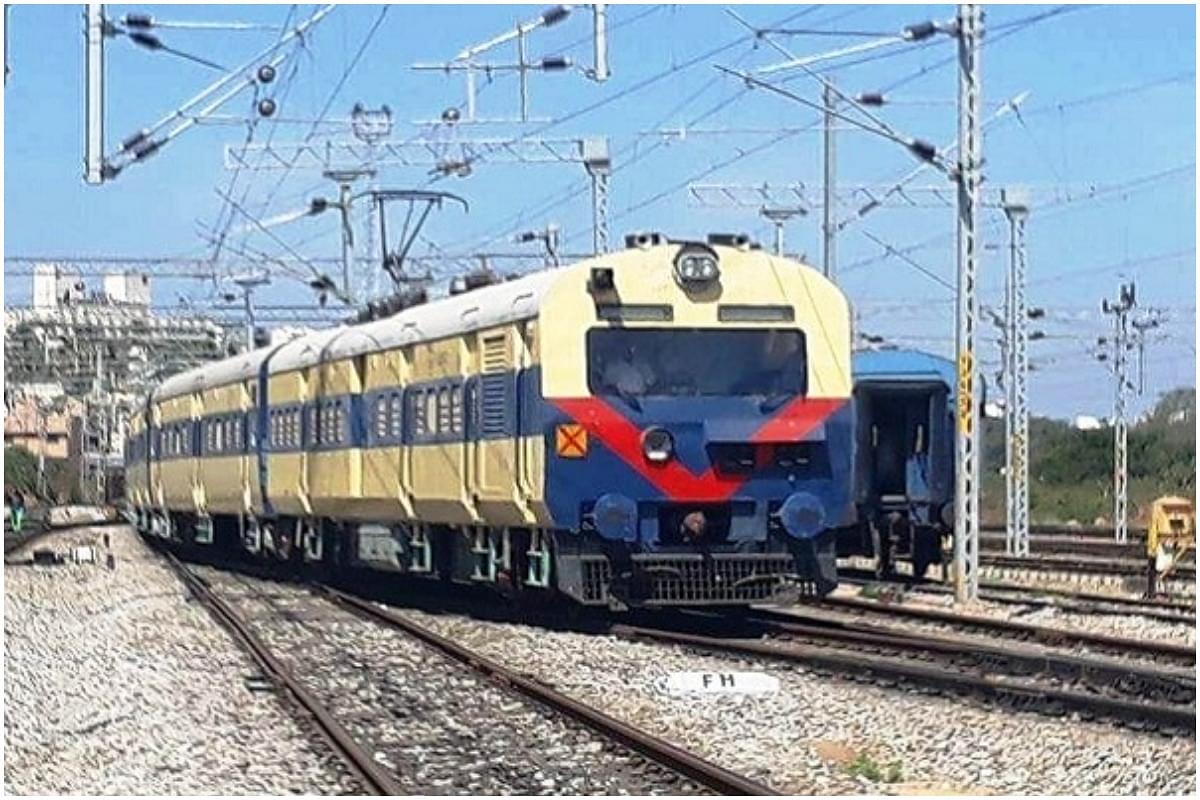 Speed seems to be the new mantra of Indian Railways as concrete steps are underway to enable faster movement passenger trains to reduce the travel time considerably.

While the Railways is going ahead with more high-end premium services like 180 kmph Vande Bharat Expresses, the speed of local trains is going to increase from 100 kmph to 110 kmph for daily passengers.

The national carrier has successfully conducted trial of 8-coach MEMU trains with 110 kmph speed, a first for Indian Railways. The Mainline Electric Multiple Unit (MEMU) is the Indian Railways' version of the commuter rail system in India and has a maximum speed of around 100 kmph averaging at around 50 kmph.

110 kmph speed trial was conducted by RDSO, the Railways' research wing, between Shanewal and Morenda section in Northern zone and the speed certificate was issued accordingly.

Railways would now procure 100 such MEMU trains for the country, said the official. Currently, MEMU trains were running at a maximum speed of 100 kmph and there was a long-time demand for speed enhancement of local service.

There were some issues with the suspension system of existing MEMU trains. Now, it has been replaced with the required upgraded system for faster movement.

The new suspension design is based on Polish technology and henceforth 100 more such MEMU rakes would be pressed into service in a gradual manner, said the official.

All MEMU coaches are being provided with bogies similar to Train-18 bogies with pneumatic springs in secondary suspension and coil spring in primary suspension with control arm.

According to the Railways, in the new MEMU, all traction control equipment is fitted in the underframe of the coaches. So, more passenger sitting capacity is available in the coaches. The official further said the basic aim was to reduce the travel time of passengers and hence the need to up speed.