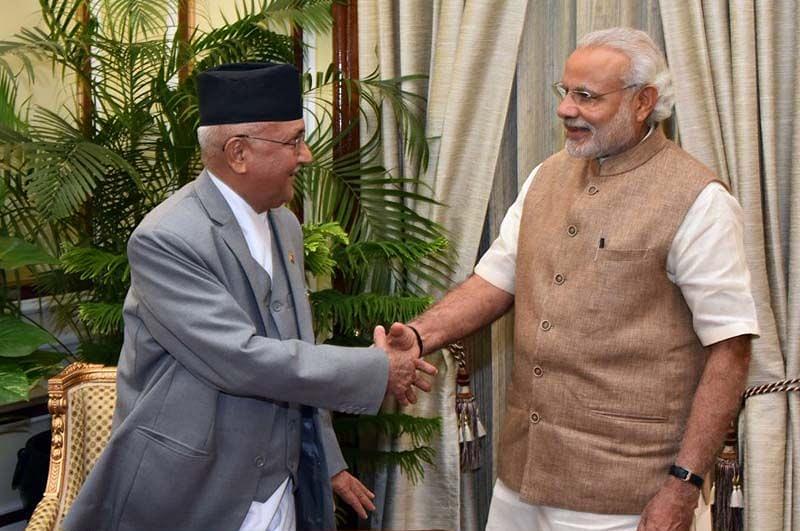 Nepal faces a severe shortage of testing kits (read this) and has only one laboratory for coronavirus tests--the National Public Health Laboratory (NPHL). But the lab is grossly under-equipped, can test a maximum seven swab samples a day and has even been turning away people with symptoms of Covid-19 infection.

Tens of thousands of Nepalis who work in other countries, including the worst affected ones, have returned home since January. But few have been screened at the country’s only international airport or advised home isolation.

The NPHL has been able to test only 512 swab samples since January. This has led to fears that Nepal is sitting on the vortex of a pandemic and can see a sudden explosion of the pandemic.

But the government seems to have adopted a ‘wait and watch’ approach. Nepal’s foreign minister Pradeep Gyawali said: “We are studying the measures adopted by China and India in tackling the pandemic and we will adopt the best practices”.

“All that the government has done is to suspend entry of foreigners (barring Indians) into the country. But we are terrible at the crucial task of testing even people who show symptoms of Covid-19 infection and isolating them,” said an opposition Nepali Congress lawmaker.

Nepal has, till date, had only one Covid-19 positive case--a student who returned from the worst-affected city of Wuhan in China in early-January. But he has since recovered.

Another dozen-odd who were admitted to Sukraraj Tropical & Infectious Diseases Hospital in Kathmandu have tested negative over the week and have been discharged.

“But this does not mean we are safe. Not at all. There may be many positive cases which are undetected and they are infecting many others. We may have an Italy-like situation where hundreds of serious cases come to light all of a sudden. This laxity in testing and sending people arriving from other countries to isolation will cost us dear,” said a renowned public health expert who did not wish to be named.

NPHL virologist Shravan Kumar, according to this report in The Himalayan Times, has said that Nepal faces a grave risk of an outbreak as people with flu and other symptoms of Covid-19 infection are not being tested for the deadly virus.

“These people should also undergo COVID-19 test because a person who has tested positive for common flu may also test positive for coronavirus,” said Dr Mishra.

DRRMA chief executive Anil Pokhrel is learnt to have pointed out that in case of a coronavirus outbreak in India, Nepal would get affected immediately, thanks to the open border and unrestricted movement of people of both countries through the porous and unfenced border.

Over three lakh people are estimated to have crossed the border in the last two weeks. But a complete ban on movement of people across the border would be impossible to enforce.

The DRRMA is drafting the country’s army and police to help civil authorities prevent outbreak of the virus. The Nepal Army has set up a makeshift quarantine facility to accommodate 108 people in Kathmandu.

Even physicians and health workers in the frontline of tackling a possible outbreak are untrained and ill-equipped, says this report in The Kathmandu Post. They lack protective gear and run the high risk of getting infected.

Nepal is also staring at an economic meltdown due to the complete ban on tourists, trekkers and climbers. According to this report in The Guardian, Nepal will suffer huge job losses and a terrible blow to its economy due to suspension of tourism.

Nepal received 12 lakh tourists in 2018, and earned US $ 570 million from them. Tourism is a major revenue earner for the impoverished country and generated more than 10 lakh jobs.