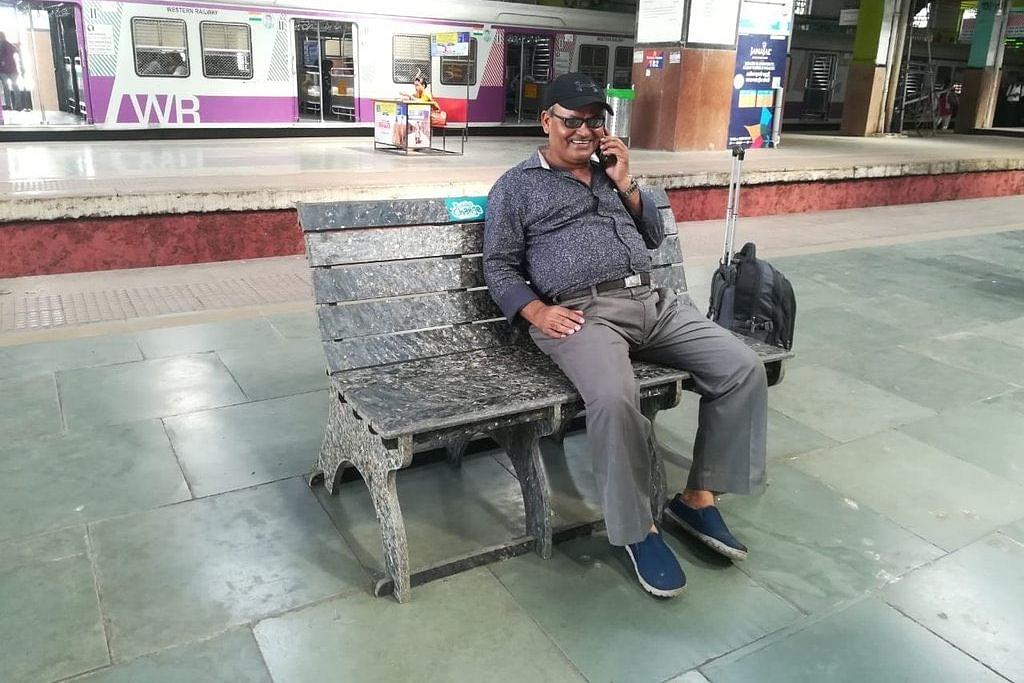 A railway passenger talks on his phone at Churchgate station. (Twitter/@RailMinIndia)

Barring 102 stations, Indian Railways has provided Wi-Fi facility at all stations across the country.

Bridging the digital divide between rural and urban citizens, over 6,000 stations are now equipped with Wi-Fi in the rail network in the country, increasing the digital footprint in village areas.

Scaling up the drive, the Railways is continuing to extend the Wi-Fi facility at far flung stations to connect passengers and the general public with digital systems.

Now Wi-Fi has been provided at 6,001 railway stations while the facility would be installed at 102 stations shortly where back-end OFC network is available, said a senior Railway Ministry official.

With the commissioning of Wi-Fi at Hazaribagh Town falling under Hazaribagh district of Jharkhand in Dhanbad division of East Central Railway as on 15 May 2021, the system was commissioned at 6,000 stations.

Also, on the same day, Jarapada station in Angul district in Odisha was also provided with Wi-Fi.

The Wi-Fi facility at railway stations meets the objectives of the aspiring Digital India Programme of India.

The Wi-Fi facility is expected to increase the digital footprint in the rural villages and also enhance user experience. The task has been carried out in partnership with Google, DOT (under USOF), PGCIL and Tata Trust in association with RailTel. Provision of Wi-Fi facility at railway stations was provided on a self sustainable basis with no cost to the Railways.