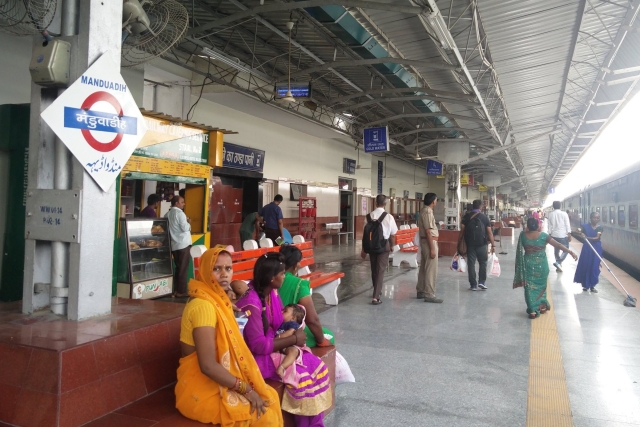 Passengers at a railway station.

Indian Railways has proposed to decriminalise begging at rail premises as part of an exercise to review and rationalise penalties under the provisions of the Railway Act, 1989.

The state-run transporter is also considering amending Section 167 of the act, which prohibits a person from smoking in a train compartment if a co-passenger objects to it, and compounds the offence of smoking by levying spot fine and dropping all charges/action against the person involved.

Section 144(2) of the act says that if any person begs in any railway carriage or a railway station, he shall be liable for punishment as provided under sub-section (1), which prescribes imprisonment for a term that may extend to one year, or with fine that may extend to Rs 2,000, or with both.

Now the proposal is to amend the section by stating that “no person shall be permitted to beg in any railway carriage or upon any part of the Railway”.

We have called for comments/suggestions over the proposed amendments to the act, said a Railway Ministry official.

Earlier in 2018, the Delhi High Court, while quashing provisions in the law that made begging in the national capital a punishable offence, said: “Criminalising begging is a wrong approach to deal with the underlying causes of the problem…The State simply cannot fail to do its duty to provide a decent life to its citizens and add insult to injury by arresting, detaining and, if necessary, imprisoning persons who beg in search for essentials of bare survival”.

The official maintained that the ministry has moved a proposal to decriminalise begging at railway stations and trains as the provision of the Railway Act, 1989, is seldom used.

However, there is no proposal to allow begging in trains or stations, said the official.

The Ministry of Railways has proposed to change this section to simply state that nobody will be allowed to beg in any railway carriage or on any part of the Railway’s property, without penalty.

“No person shall be permitted to beg in any railway carriage or upon any part of the Railway,” the proposed amendment states.

Explaining the need for seeking the change, the official said, “since it is an inhuman law, which criminalises and imposes penalty on people who have no option but to beg, it is better to do away with it. Moreover the act is hardly used anyway. The railways is reviewing the act, so it was a good time to do away with this provision.”

On smoking, Section 167 of the act says that no person in any compartment of a train shall, if objected to by any other passenger, smoke therein. Irrespective of any objections raised, the railway administration may prohibit smoking in any train or part of a train. Whosoever contravenes these provisions shall be punishable with fine that may extend to Rs 100.

According to the proposed amendment of this section, which states “Provided that if the person liable to pay the fine under this section is willing to pay such fine immediately, the officer authorised may compound the offence by charging the maximum fine payable under the section concerned, and the sum so recovered shall be paid to the railway administration.”

"Provided further that the offender against whom the offence is compounded shall be discharged and no further proceeding shall be taken against him/her in respect of such offence”.

The Railway Board has asked for suggestions on the proposal as well.