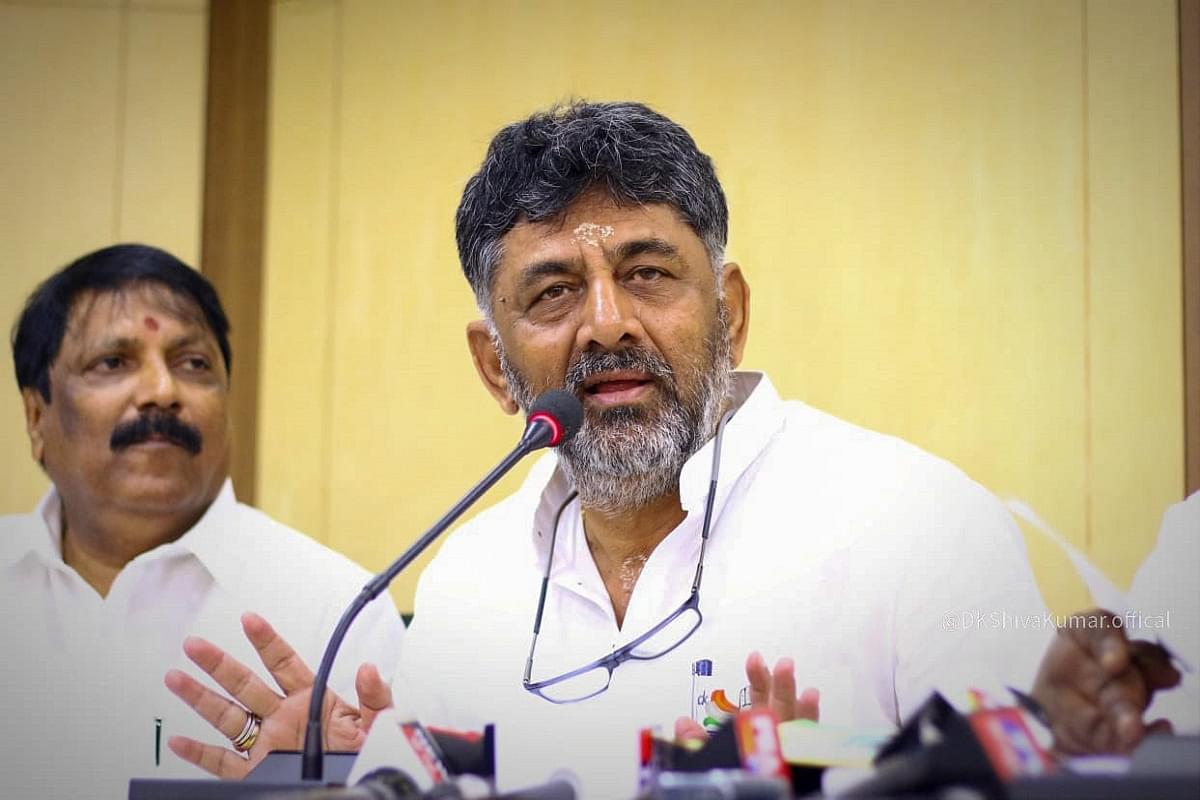 The controversial padayatra of the Congress in Karnataka seeking the implementation of the Mekedaatu project entered its third day despite multiple FIRs filed on the leaders and participants.

After courting numerous controversies over his various statements, Karnataka Pradesh Congress Committee (KPCC) president D K Shivakumar while addressing a presser vowed to hold a ‘silent march’ for the next three days.

As he spoke to media persons last evening, he was heard saying, ‘various national media among others have been misinterpreting my words, probably under the pressure of the government. I won't say they have impacted you (Kannada media), but they have affected them. Hence, I will walk in silence for the next three days,” as livecasted by various news media.

This comes after Shivakumar claimed that there was no Covid and that it was all a 'BJP creation'. He has been courting controversies in the last few days calling the rising Covid numbers ’bogus’ and an attempt by the ruling party to scuttle his padayatra that is finding ‘people’s support’.

He also accused the government of trying to ‘infect him’ as the health official who met him at the end of day one of the yatra tested positive the following day.

He even accused the government of hiking numbers and demanded a judicial enquiry into the alleged fakery.

“To show high case numbers, they’re subjecting people to testing and showing them as positive. Even IAS and police officers have told me about whatever is happening,” he said, as quoted Deccan Herald.

Responding to the Home Minister Araga Jnanendra’s warnings, Shivakumar was also seen calling him an ‘agnani’ (one who knows not). Jnanendra had said that health officials, too, had expressed their fears of an outbreak and the rising dangers because of the padayatra.

He had said that Shivakumar, who was sacrificing people‘s welfare and conducting the march, would have to go down on his knees and apologise to the people of the state.

Responding to this, Shivakumar mocking his name, said he is not ‘Jnanendra but Agnani or unenlightened’ and also challenged the government to arrest all his voters, whose voter IDs he would furnish.

Meanwhile, Jnanendra has warned that Congress will have to bear sole responsibility if the state comes into a situation that requires a lockdown.

"Congress alone will be responsible if there is a rise in the number of cases," he said, as quoted. He added that it was inhuman of Shivakumar to have mingled with schoolchildren without a mask, and that testing has been increased in Ramangara as the Congress is playing with the lives of people by holding this march.

Shivakumar also invited the wrath of the National Commission for Protection of Child Rights (NCPCR), which asked for an investigation into his act of meeting schoolchildren without adhering to any Covid prevention norms.

Taking suo-motu cognisance of a video where he was seen interacting with schoolchildren during the march, the NCPCR has called it a prima-facie violation of provisions under the Juvenile Justice Act, Epidemic Disease Act and Disaster Management Act and asked Karnataka DGP Praveen Sood to look into the matter and submit a report within a week, as reported.