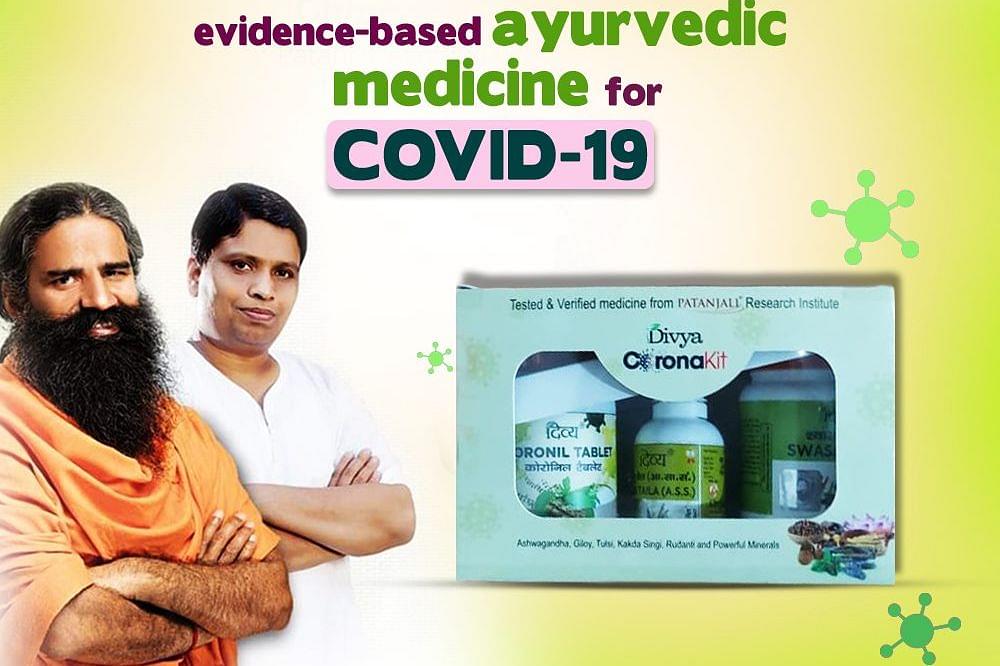 India has so far given over 15 crore doses of two Covid-19 vaccines —Bharath Biotech’s Covaxin and Oxford-AstraZeneca’s jab manufactured by the Serum Institute of India (SII).

In mid-April, a third vaccine, Russia’s Sputnik V, was approved for use in India.

But this deadly second wave of Covid-19 has pushed many people in India to look for any remedy which could help them avoid being a victim of coronavirus even if professionals have disputed its efficacy.

In March this year, the Indian Medical Association (IMA) said that the drug regulator in India, Central Drug Standard Control Organisation (CDSCO) has not given permission for the use of Patanjali Ayurved’s Coronil for the treatment of SARS-CoV-2 caused disease.

IMA also criticised and refuted Patanjali’s claims that Coronil is the first evidence-based drug for the treatment of Covid-19.

However, as per recent reports, Patanjali's Coronil tablets are 'flying off the shelves' in chemist and pharmacy stores across the country, including in cities like Delhi, Gurgaon and Bengaluru.

But soon, the Ministry of AYUSH asked Patanjali to stop advertising the product as a cure for the coronavirus caused disease but allowed its sales for fever, cough and immunity-boosting.

Manufactured by the Haridwar-based Patanjali Research Institute (PRI), the Coronil kit includes three products which are two packs of tablets, Coronil and Swasari Vati, as well as a bottle of oil called Anu Taila.

However, apart from selling the whole kit, Patanjali offers the components separately as well.

But in February this year, Patanjali claimed that Coronil tablet has received certification from the Ayush Ministry as a medicine supporting Covid-19 treatment as per the World Health Organization (WHO) certification scheme.

Just a day after Patanjali made this claim, the WHO clarified that it has not reviewed or certified the effectiveness of any traditional medicine for the treatment of Covid-19.

According to WHO, the certification scheme was developed by the UN agency “in response to the request of WHO Member States to facilitate international trade in pharmaceutical products between the Member States”.

The Economic Times reported that even though there is no clarification about the efficacy rate of Coronil to protect people from Covid-19, during the second coronavirus wave in India, the Coronil tablets are in high demand now.

Kapil Pangasa, the owner of a general store on Delhi's Prithvi Raj Road, told The Economic Times, "We ran out of Coronil tablets/kit over the last few weeks due to high demand."

Even distributors in Mumbai have been receiving around 100 to 200 calls each day from customers who are looking for Coronil.

As per previous reports, in Maharashtra, which reported maximum Covid-19 cases of the country, the sale of Coronil without proper certification from health organisations is not permitted.

The national president of the IMA, JA Jayalal, again reminded that the organization has disputed Patanjali's claim that Coronil can be used as a therapeutic drug for coronavirus.

He said: "There is no scientific evidence to this effect."

The reason why people are looking for a non-WHO approved medicine could be the shortage of key Covid drugs, such as Remdesivir and Fabiflu.

The price of raw materials used to manufacture all the approved drugs has jumped by up to 200 per cent in the past month.

The drug makers have now voiced their concern about the price hike to the Indian government.

Many of them have also talked about the possibility of a shortage of key medicines in the coming months, owing to the price rise and unavailability of raw materials in the market, reported The Print.