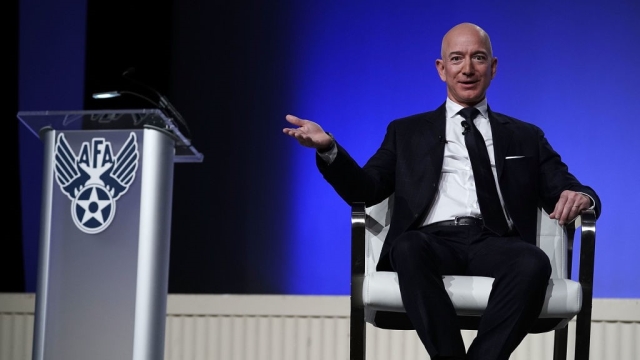 In what appears to be a sensational turn of events, Prime Minister Narendra Modi seems to have given a cold shoulder to the world's richest man -- Jeff Bezos, with an estimated net worth of $115 billion, by not meeting him.

While the Amazon chief came to India on Tuesday (14 January), there wasn't any significant government engagement till late Wednesday (15 January) till the filing of this report.

And in the latest, top sources in the current establishment has confirmed to IANS that Modi won't be meeting Bezos. If sources are to be believed, this cold shouldering has little to do with the ongoing probe on Amazon by the Competition Commission of India and more to do with the critical stand of the Washington Post - owned by Bezos - against the Indian government.

Though, the top tycoon has been heaping praise on India and Indian market ever since he landed up in India on Tuesday by saying the 21st century will be an Indian century, nothing seems to have fructified as far as a meeting between the two is concerned.

According to Forbes, "Bezos has reportedly sought a meeting with Prime Minister Narendra Modi. But it has not been confirmed whether the Amazon chief executive will meet with India's head of state." But as the day progressed, the elusive meeting seemed to be more elusive. And Bezos' ownership of Washington Post appears to have played a key reason behind it.

The US daily's editorial stand has been extremely critical of the BJP-led Central government, more so after Modi swept back to power with 303 seats in the lok Sabha.

After India's abrogation of Article 370, that gave special powers to the erstwhile state of Jammu and Kashmir, the daily published a series of articles, both news and opinion, where it even took potshots at Modi being conferred "Global Goalkeeper" award from the Bill and Melinda Gates Foundation.

In more recent times, the daily has lent its space to Indian journalists like Rana Ayyub or Barkha Dutt, whose blatant criticism of the current dispensation only seems to have amplified with an international platform, which many in the Modi government did not take kindly.

On 13 December 2019, the daily published an article under the headline "India's new law may leave millions of Muslims without citizenship" which appears to have particularly offended the government.

At the time of the publication of that article on CAA, many within the government had stated that the daily "misrepresented" the legislation with an "ulterior motive". Many social media handles followed by the Prime Minister himself took to Twitter to express their discontent.

Barely a month since, the owner of the same daily, and one of the most important corporate honchos around the globe, seems to have failed to avail an appointment with PM Modi.

This happened despite Amazon promising to invest $1 Billion to digitise Indian small and medium businesses. Speaking at the Amazon 'Sambhav' event in New Delhi, Bezos said, "We're committed to being a long-term partner of India. And actions speak louder than words."

While the Amazon CEO's India visit comes at a crucial time as the Competition Commission of India (CCI) on Monday (12 January) ordered an enquiry into the business practices of e-commerce majors Amazon and Flipkart, its the daily he owns that seems to have come in the way of the meeting.

In fact, Commerce Minister Piyush Goyal too appears to have snubbed him, a move that can at best be described as unusual and could not have happened without the mandate from the very top.

On Thursday, his third day at India, the Amazon chief will fly to India's economic capital Mumbai early in the morning and will have a closed door interaction with business biggies at the Taj Colaba at 9.30 am. In the evening, he has a Bollywood night waiting for him. Which essentially means, there is no scope left for a Modi-Bezos meeting in his 3-day India tour.

A top bureaucrat who has worked very closely with Modi has confirmed to IANS that there will be no meeting indeed. A sitting bureaucrat at the PMO refused to answer on why PM did not meet Bezos.

When a BJP General Secretary was approached by IANS for comment, he feigned ignorance. However, on condition of anonymity, he added: "Modi 2.0 is not the same as Modi 1.0 and the world must come to terms with it."