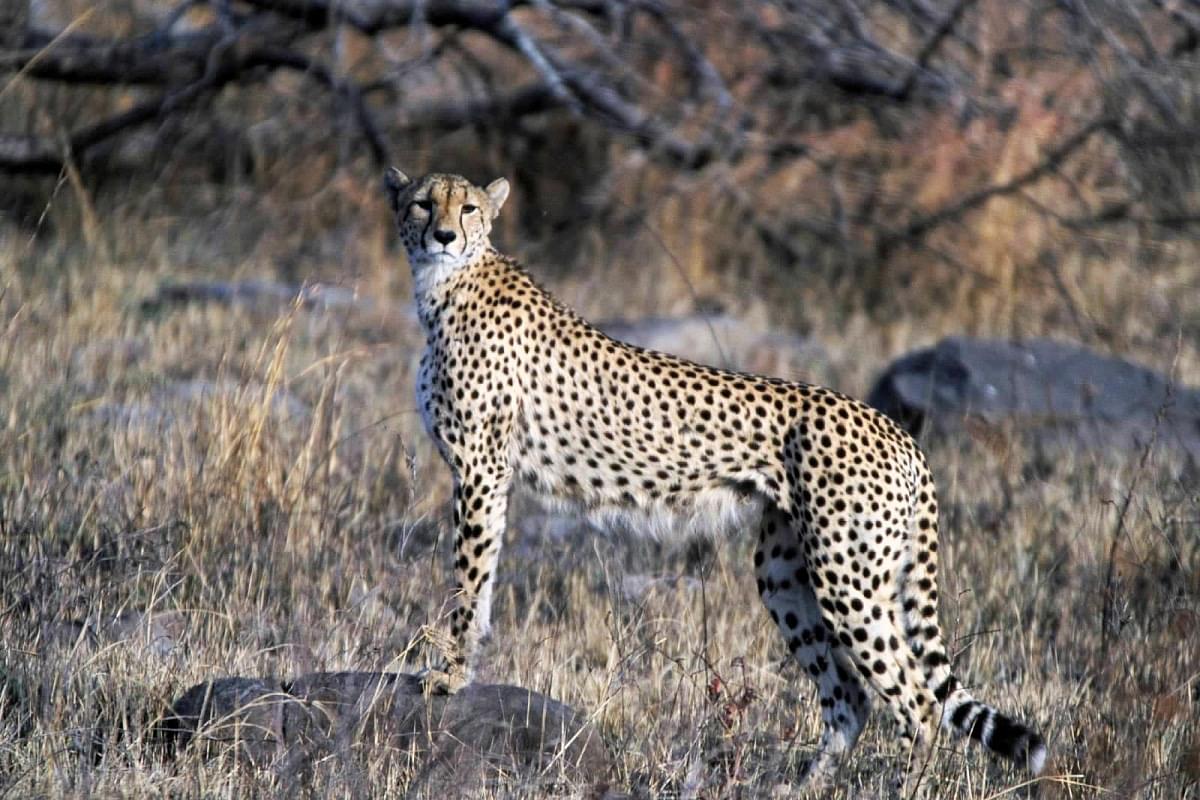 Bhopal, Sep 9 (PTI) Prime Minister Narendra Modi will release cheetahs, to be brought from Africa, into two enclosures at Kuno National Park in Sheopur district of Madhya Pradesh next week as part of India's ambitious project to reintroduce these fastest land animals, officials said on Friday.

Eight cheetahs - five males and three females - are expected to reach KNP from Namibia, officials earlier said. PM Modi will launch the cheetah reintroduction programme on September 17, which happens to be his birthday.

These cheetahs will initially be kept in small open fenced areas before being shifted to larger spaces. Once they acclimatize with the local environment and after a review by experts, male cheetahs will be released in the open forest areas followed by the female ones as per the standard protocol, the officials said.

Normally, male cheetahs tend to live in a small group of two to three in the wild.

Meanwhile, Madhya Pradesh Chief Minister Shivraj Singh Chouhan on Thursday took stock of the preparations for the cheetah reintroduction programme to be attended by the PM.

State Forest Minister Vijay Shah and other top officials accompanied Chouhan during the review of the arrangements being made for the event.

During the review meeting, Chouhan said, 'Rehabilitating cheetahs by translocating them from Namibia to KNP is a job of national importance.' It was informed at the meeting that PM Modi will release two male cheetahs in one enclosure and a female cheetah into another, the official said.

Instructions were also given to the authorities at the meeting to ensure adequate prey base for cheetahs. 'Chital' also known as spotted deer are brought from Chidikho forest sanctuary near Narsinghgarh in Rajgarh district of the state to KNP.

The forest staff has undergone training in Namibia for the management of cheetahs, the official said.

Another official said that KNP has a good prey base for cheetahs. Experts from the Wildlife Institute of India have also seconded the area after scouting nearly ten places in the country for rehabilitating cheetahs.

Madhya Pradesh had a good translocation record as tigers were successfully reintroduced in Panna in 2009, he said.

KNP, which is spread over an area of 750 sq km, has adequate space for nearly two dozen cheetahs, the official said.

Besides, an additional 3,000 sq km area between Sheopur and adjoining Shivpuri district will give adequate space to the fastest animal on the earth to live, he added.

The last cheetah died in the country in 1947 in Korea district in present day Chhattisgarh, which was earlier part of Madhya Pradesh, and the species was declared extinct from India in 1952.

The 'African Cheetah Introduction Project in India' was conceived in 2009 and a plan to introduce the big cat by November last year in KNP suffered a setback due to the COVID-19 pandemic, officials said.