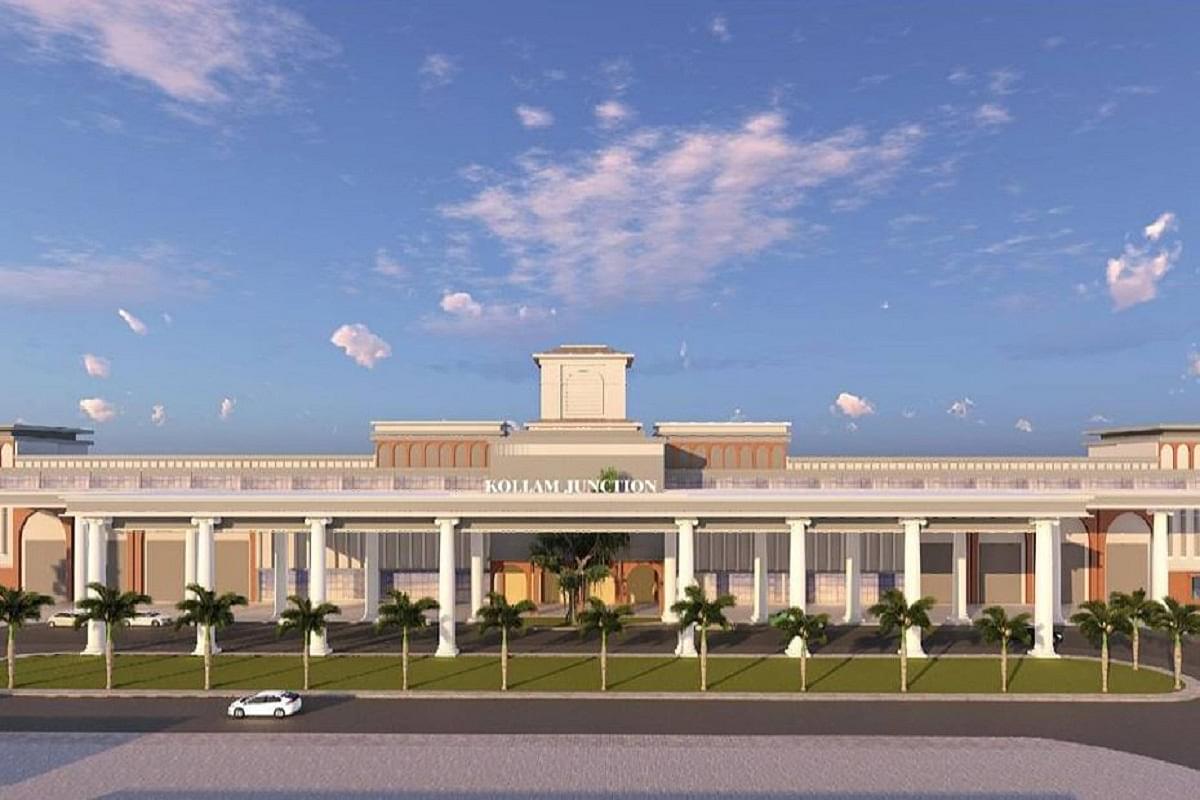 An artist's impression of Kollam Junction.

Even though the railways had initially entrusted the Kollam station to Rail Land Development Authority (RLDA) for redevelopment, it was subsequently handed over to Southern Railway (SR).

The SR has already selected the bidder for the redevelopment. The redeveloped Kollam station is expected to be inaugurated in December 2023.

Two terminals, in the north and south sides of the station, building complexes, air-conditioned roof plaza of 110m length and 36m width, to connect the terminals, etc, are the major highlights of the project.

The roof plaza will have facilities for the passengers to take rest, washrooms, restaurants, play area for kids and special facilities for the disabled, senior citizens, people having health issues, pregnant women and breast-feeding mothers.

The facilities proposed in the redeveloped station include congestion free non-conflicting entry/exit to the station premises, segregation of arrival/departure of passengers, adequate concourse without overcrowding, integration of both sides of the city wherever feasible, integration with other modes of transport systems — bus, metro, etc —user-friendly international signage, well illuminated circulating area and sufficient provision for drop off, pick up and parking etc.

The Ministry of Railways released pictures of the proposed ultra modern design of Kollam Junction on 11 August.

"Pillars of Transformation: A glimpse of the proposed design of the to-be redeveloped Kollam Junction Railway Station in Kerala", is what the Ministry of Railways tweeted while releasing the computer-generated images.

The pictures of the proposed Kollam Junction Railway Station boast a classical design with tall majestic, widely-spaced columns that are devoid of Corinthian intricacy, yet elegant.

It has wide parking spaces, green tree-rimmed islands, and pillared entry and exit points, for both vehicles and pedestrians.