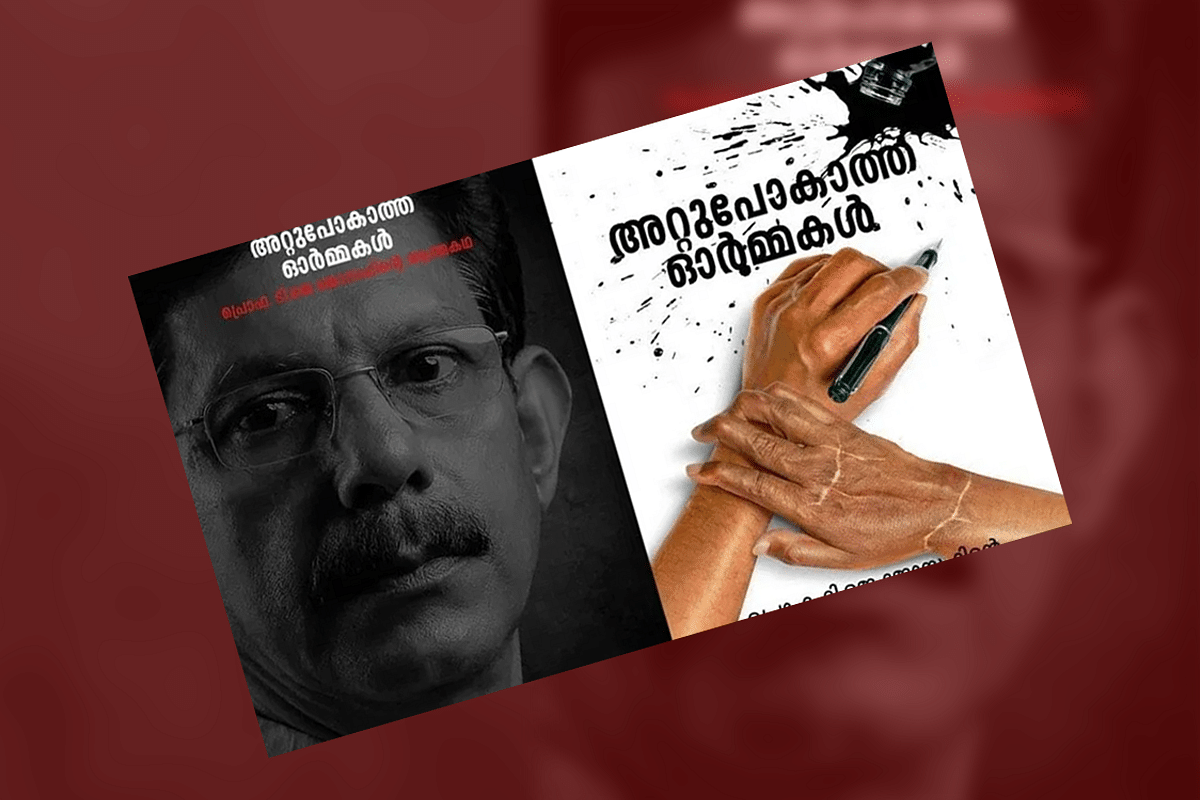 T J Joseph and his book

A professor in Kerala whose right hand wrist was chopped off by activists of the Popular Front of India (PFI) - a radical Muslim outfit - for asking questions on Prophet Mohammed in an internal exam in 2010, has said what the Church did after the attack was even worse.

Joseph wrote the biography running into over 400 pages using his left hand and recounts various trials and tribulations he had to undergo, including the loss of his wife Salomi in 2014 when she committed suicide.

Problem for Joseph increased after he was sacked from his job and the church isolated his entire family in his hometown of Muvattupuzha. “I looked to the college and church for protection over the issue but…” the professor laments.

On 12 September 2010, a pastoral letter was read out during the Sunday mass in 120 churches under the Kothamangalam Dioceses of the Syro Malabar Church in Ernakulam district. The letter “condemned the irresponsible action of Professor T J Joseph” in preparing a question paper and hurting religious sentiments of a community.

Then, the diocese bishop George Punnakotil said the attack on Joseph by the PFI did not nullify the crime committed by him. The letter also backed Newman College’s decision to dismiss the professor.

In his book, Joseph narrates how the college pinned all the blame on him for the controversy over the question paper. “The question paper was approved by the principal. Only after his approval, it was distributed to the students. I would have been only one of the accused in the case. But all charges were framed against me,” regrets the professor.

In the question paper, Joseph extracted a passage from a story "Oru Viswasiyude Kandethalukal" (The Findings of a Believer) about a nameless person in a village questioning God. In order to test the punctuation abilities of the student, he named the person ‘Mohammed’.

The question paper soon turned into a controversy with a Muslim journal displaying it prominently, interpreting ‘Mohammed’ in the paper to be the Prophet.

Joseph denied the allegation and said the character was named after the writer of the story, P T Kunju Mohammed, Communist Party of India-Marxist leader.

Kunju Mohammed was elected to the Kerala Assembly from the Guruvayoor constituency in Thrissur district before he went on to direct an award-winning film Garshom.

Widespread protests followed and police booked a case against Joseph on charges of causing communal hatred. He was suspended from service for a year.

Then, he went undeground before being arrested in 1 April 2010 from the lodge owned by a Muslim, who was the only one to give accommodation when many others refused to entertain him.

On 4 July 2010 when he was travelling in a car with his family, a group of PFI activists dragged him out of the vehicle and chopped his right wrist.

Joseph was acquitted of all the charges against him by a local court, while Kerala Police also filed a case against 37 people for the attack on him.

The autobiography of Joseph, whose wrist was reattached to his hand after a surgery within hours of the attack, has criticised the Syro Malabar Church more vehemently than the PFI, the organisation behind the attack on him.

The irony of Joseph’s dismissal is that the college management refused to reinstate him despite the Mahatma Gandhi University, under whose jurisdiction the college falls, ordering his reinstatement.

The university found the college action a “naked violation” of the rules but the college authorities probably drew courage from the church’s backing.

For Joseph, the problem is that the radicals attacked him only once. But the church, he says, ruined his life by excommunicating him and then backing the college over his dismissal from service.

Initially, the Syro-Malabar Church and the college supported him. But a meeting of higher church authorities changed all of that and he was left in the lurch.

Joseph says the church made him a scapegoat to avoid a direct confrontation with the PFI that attacked him.

The church, however, justifies its actions. “ ...the church has its own reasons to believe that it followed only rules and never tried to make the professor a scapegoat,” HuffPost India quoted Varghese Vallikkatt, chief spokesperson of Kerala Catholic Bishops Conference, in response to Joseph’s charges.

An article “Bad reporting costs professor his hands” in Religion Unplugged by A J Philip regrets that the media never bothered to find out why Joseph inserted the name Mohammed in the story.

Unfortunately for Joseph, no one else thought of asking him either. And the church did not cover itself with glory by targeting the victim rather than the perpetrators.